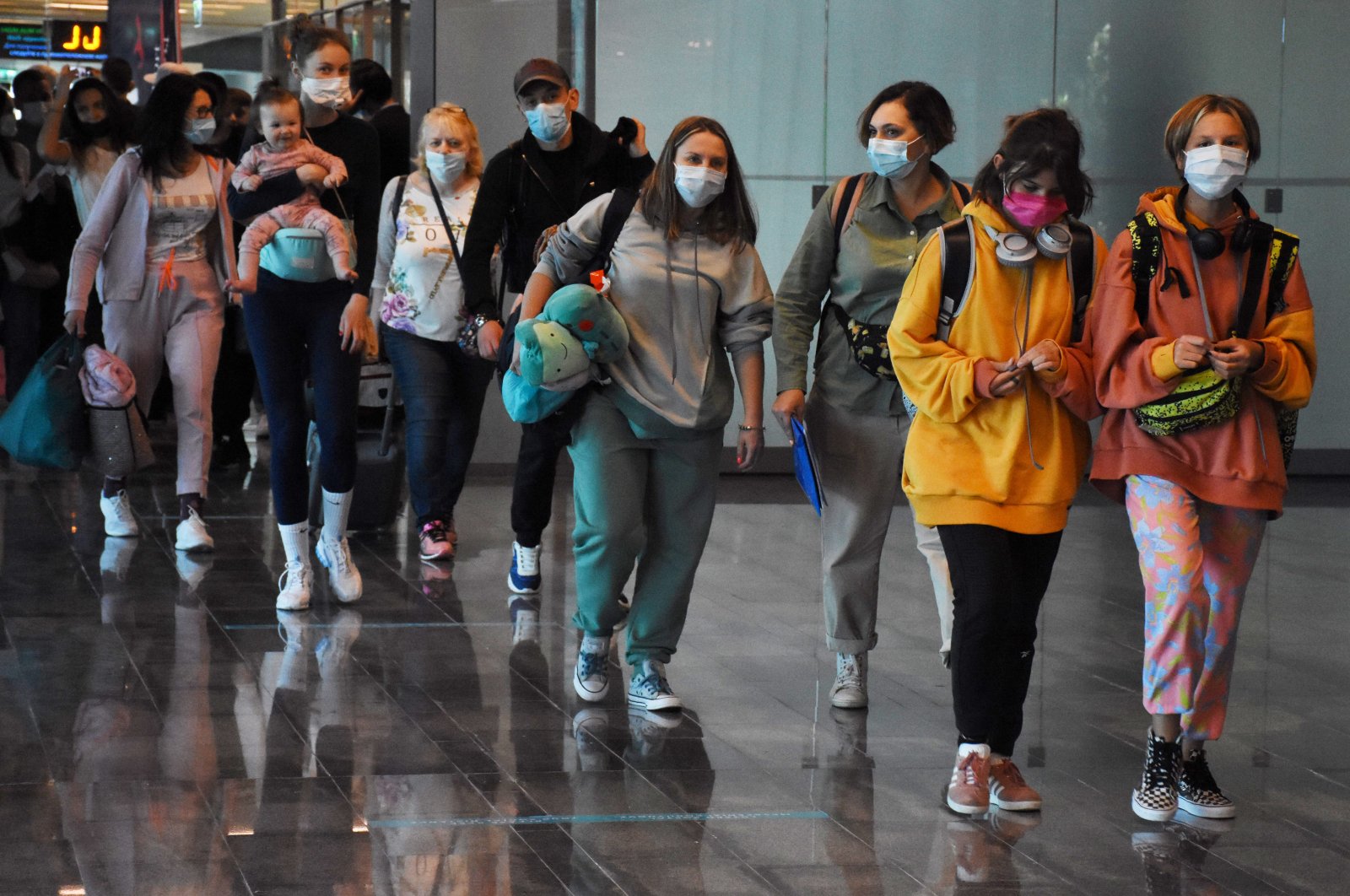 Ersoy was speaking to the Al-Jazeera television outlet in Doha as part of his visit to Qatar.

Expressing that there are major tourism projects in Turkey’s Aegean region that will serve the national economy for 50 years, Ersoy said it was his first time visiting the Gulf country and that he was very satisfied with what he saw.

The minister said that he visited many public and private institutions, saw Doha's huge undertakings in the field of tourism and held conversations on joint benefit opportunities with Qatari authorities.

Commenting on the worldwide tourism industry and developments in Turkey under the COVID-19 shadow, he said the negative impacts of the pandemic first began to appear in early 2020 and have deepened since then.

Ersoy noted that Spain and Greece are Turkey's competitors in the field of tourism, but are less affected by the pandemic, emphasizing that after a difficult year, foreign tourism has entered a recovery process in Turkey in recent months.

The number of foreigners arriving in Turkey hit a 21-month high in July in a major rebound. The country hosted more than 4.36 million tourists in July, up by a whopping 367.5% from a year ago when only 932,927 foreigners arrived, data from the Culture and Tourism Ministry showed. Over 2 million tourists had arrived in June, more than doubling the May figure. Then in August, the number of foreigners visiting Turkey more than doubled, bolstered by the gradual easing of the coronavirus-related travel restrictions around the world.

In the January-August period, more than 14 million foreign visitors entered the country, a rise of 94% from the same period last year and a decrease of 55% from 2019.

While Turkish tourism has seen a strong rebound from last year, with foreign visitor arrivals for July jumping fourfold to 4.36 million, it remained well below pre-pandemic levels.

Ersoy also noted that there is an inverse link between the Turkish lira and the revival of tourism in the country.

“When the lira loses some of its value, exports increase and tourism sectors are also positively affected because we can market products of higher quality at lower prices,” he said.

Touching on the tourist profile, the minister noted that there has been a decline in the arrival of Arab tourists to Turkey since the beginning of this year.

Arab tourists, mostly coming from the Gulf region, generally spend the most in the country, thus making a generous contribution to the sector.

Ersoy stated that the contribution of the tourism sector to the economy in Turkey is 12%, constituting the main source of foreign income.

“We have the world's largest open-air museum,” he noted, adding that the country is also home to religious sites of the three monotheistic religions, thus allowing religious tourism as well as opportunities in health and culinary tourism.

The most popular procedures in Turkey’s health tourism industry are hair transplantation, organ transplantation and plastic surgery, which attract customers from around the world. These sectors generate more than $1 billion annually, Ersoy said.

He also added that to revive momentum in the tourism industry, they have established an agency in Qatar that promotes touristic attractions in Turkey.