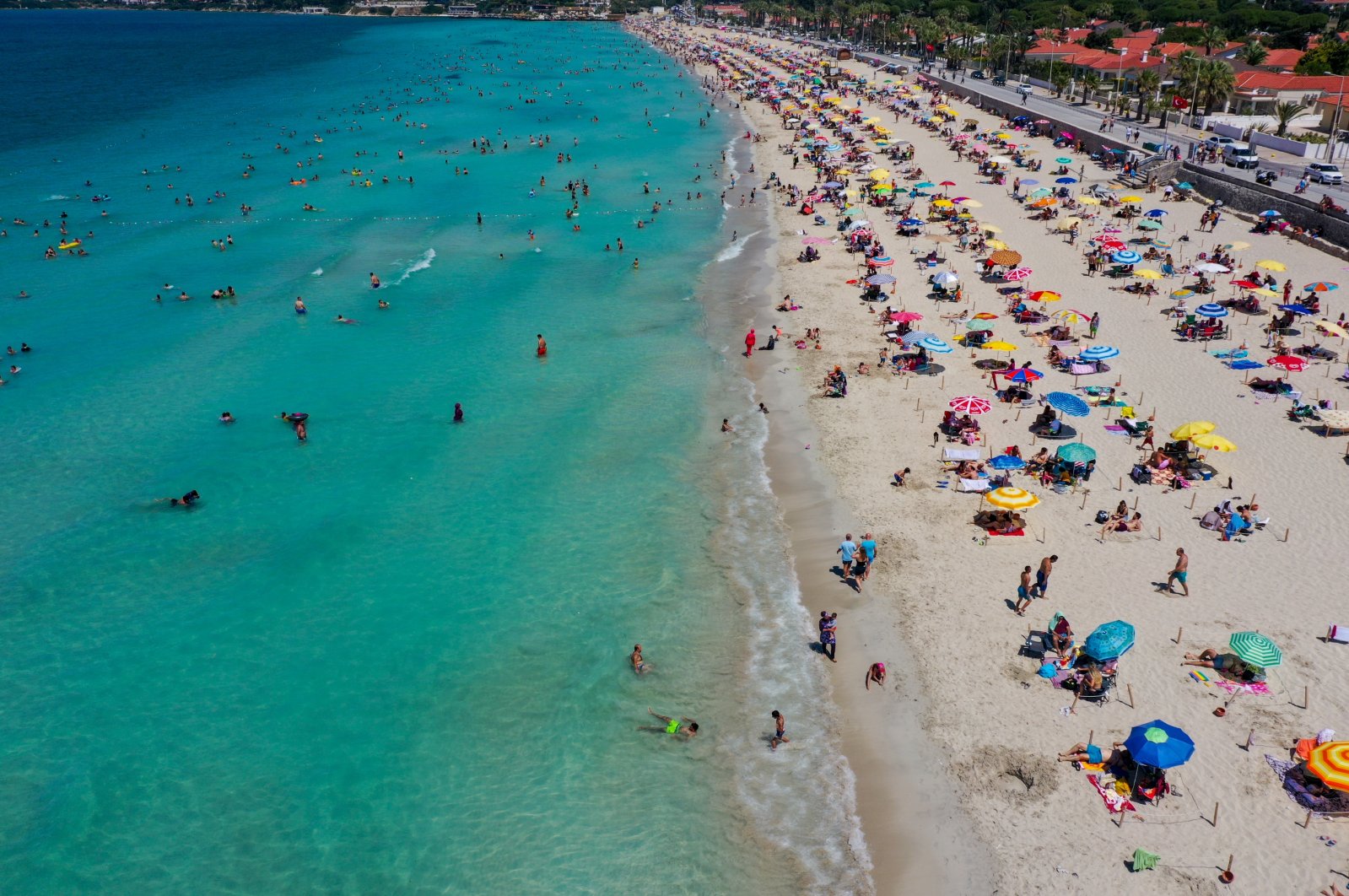 Tourist arrivals to Turkey gathered pace in July after flights were restarted with many countries.

The world’s No. 6 tourist destination welcomed around 932,927 tourists last month, more than quadrupling the June figure of 214,768, according to Culture and Tourism Ministry data Monday.

Arrivals were down nearly 86% compared to around 6.6 million in July last year, the data showed. Foreign visitors virtually disappeared in April when a partial lockdown was in place due to the coronavirus outbreak.

The country hosted 5.4 million foreign visitors from January through July, the data showed. The figure was down by 78% year-on-year from 24.7 million in the January-July period of 2019 due to measures to stem the spread of the pandemic.

Efforts to stop the virus’ spread, focusing on people staying home and avoiding most human contact, have hit economies hard, especially the tourism and travel sectors. After February, Turkey postponed the tourism season to June and canceled a number of events such as fairs and expos.

Turkey lifted most of its partial lockdown in June, and tourism facilities reopened with rigorous measures to ensure safety from the virus.

Since then, new coronavirus cases have remained mostly steady according to official data and rose above 1,200 in recent days.

Culture and Tourism Minister Mehmet Nuri Ersoy said Monday he expected 15 million tourists in 2020 and more than $11 billion in revenue this year as long as flights continue to operate.

Last year Turkey welcomed over 45 million visitors, up from nearly 39.5 million in 2018.

This January to July, Istanbul continued to be Turkey’s top tourist draw, attracting nearly 50.07% of foreign visitors – around 2.7 million.

Edirne, in northwestern Turkey, which borders both Bulgaria and Greece, saw the second-highest number of foreigners, with 817,292. The Mediterranean resort city of Antalya followed with 9.8% or over 648,768 foreign visitors.

Ankara has carried out intensive diplomacy and a health and safety certification program meant to lure tourists.

The certificate program sets health and hygiene standards for airlines, airports, hotels and restaurants. Russia, Germany and the U.K., which provide the highest number of visitors to Turkey, have begun flights to the main hubs.

When a jump in cases in Spain prompted Britain to impose a quarantine on arrivals from the country, Cassie Tovell, 37, a real estate agent from Essex, said her family of three turned to Turkey.

"We were of two minds whether to come or not but we decided to come and booked this holiday three weeks ago," she told Reuters. "Some people back home think we are selfish for coming here and having a holiday. But, no, we needed a break."