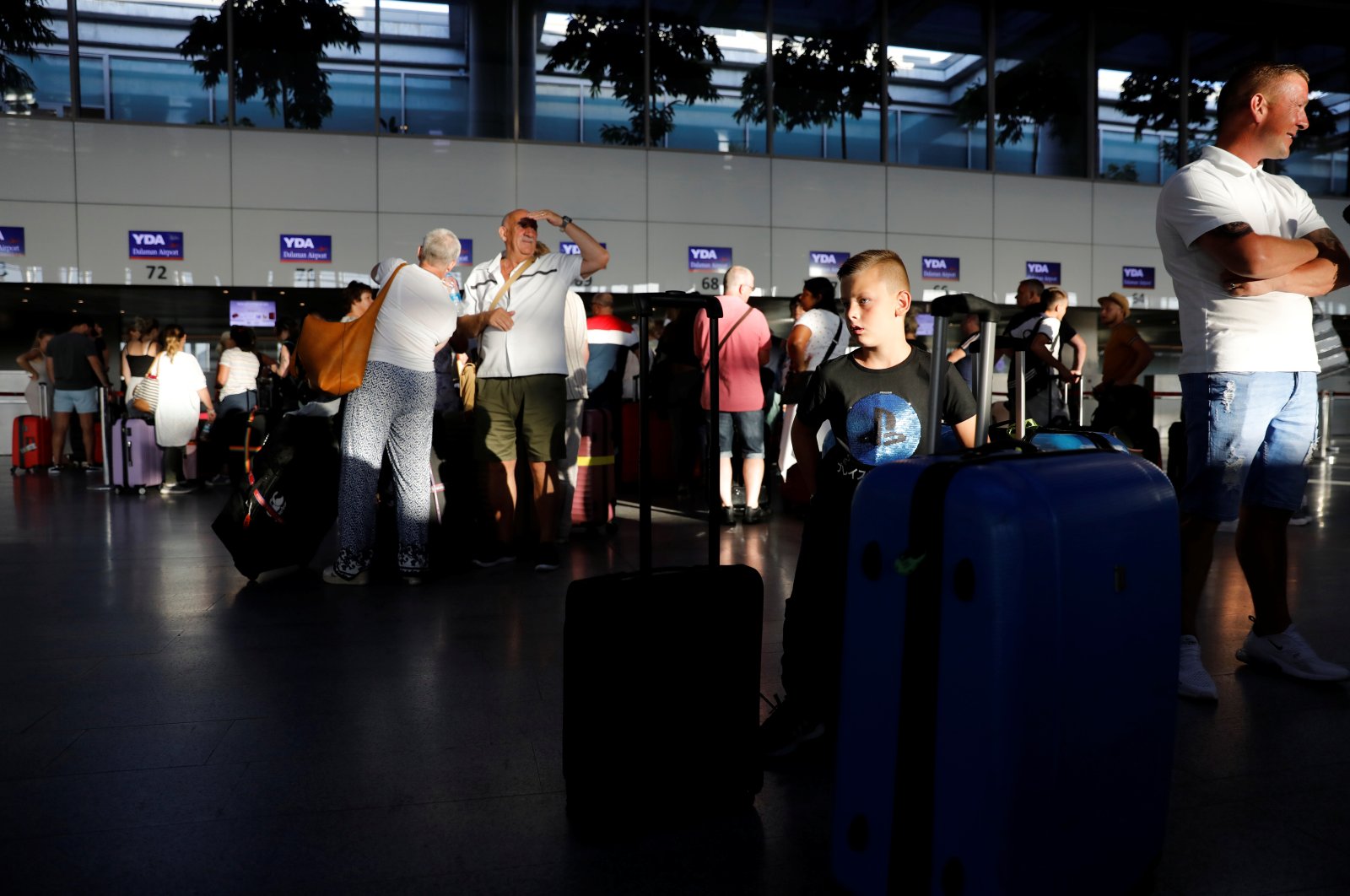 Travelers arriving in England and Scotland from Turkey and Poland will have to self-isolate for 14 days from early Saturday, officials said as they expanded their COVID-19 quarantine lists.

Data from Poland showed a rising rate of positive tests alongside a rapid increase in cases, while Turkey has been defining the number of new COVID-19 cases in a different way than international organizations, British transport minister Grant Shapps said Thursday.

The Caribbean islands of Bonaire, St. Eustatius and Saba were also added to the coronavirus quarantine lists of England and Scotland.

"You MUST self-isolate if you enter the U.K. from a non-exempt country – from tomorrow, we’re increasing the penalties for people who refuse to do so to a maximum of 10,000 pounds ($12,911) for repeat offenders," Shapps said on Twitter.

"We're also removing TURKEY from the list – the Turkish Health Ministry has been defining the number of new COVID-19 cases in a different way to the definition used by international organisations ... so we have updated our risk assessment for the country," added Shapps.

Turkish Health Minister Fahrettin Koca on Wednesday said that Turkey has only been reporting symptomatic positive COVID-19 cases each day.

Koca said the number of daily new COVID-19 "patients," which he defined as those who are symptomatic, was more important than the number of new "cases," which include those who do not show symptoms.

"Not all cases are patients because there are those who show no symptoms at all even though their tests come back positive. These create the vast majority," he said.

Koca also refuted a claim that Turkey's caseload is 19 times the official figures. "I want to say that all the information on the table we give is correct," he said.

The death toll from coronavirus in Turkey stood at 8,262 as of Thursday. The caseload reached 320,070, while 281,151 patients recovered from the disease, according to the ministry data.

To halt the steadily rising rates, the government has introduced several measures, making wearing masks outside mandatory across the country and running mass transit at reduced capacity.

The U.K. has been one of the main tourist markets for Turkey so far this year as some 465,180 British tourists arrived in the country from January through June this year, according to data compiled from the Culture and Tourism Ministry.

The country welcomed over 7.25 million tourists in the first eight months of 2020, the data showed. The figure is down 76.6% from the eight-month period of 2019.

"Data from Poland shows that test positivity has nearly doubled, increasing from 3.9% to 5.8% alongside a rapid increase in weekly cases," Shapps added.

Britain initially imposed a blanket quarantine on all visitors arriving in the country but later carved out "travel corridors," which exempted travelers arriving from certain countries from having to self-isolate.

Travelers arriving in England and Scotland after 4 a.m. (3 a.m. GMT) on Oct. 3 from the countries added to the quarantine list on Thursday will be required to self-isolate.

England, Scotland and the other countries in the United Kingdom have their own powers over health policy.

With over 42,000 deaths due to COVID-19, Britain is the worst-hit country in Europe and has already imposed quarantine measures on those arriving from France, Spain and the Netherlands.