Turkey prepares for surge in health tourism in post-coronavirus period 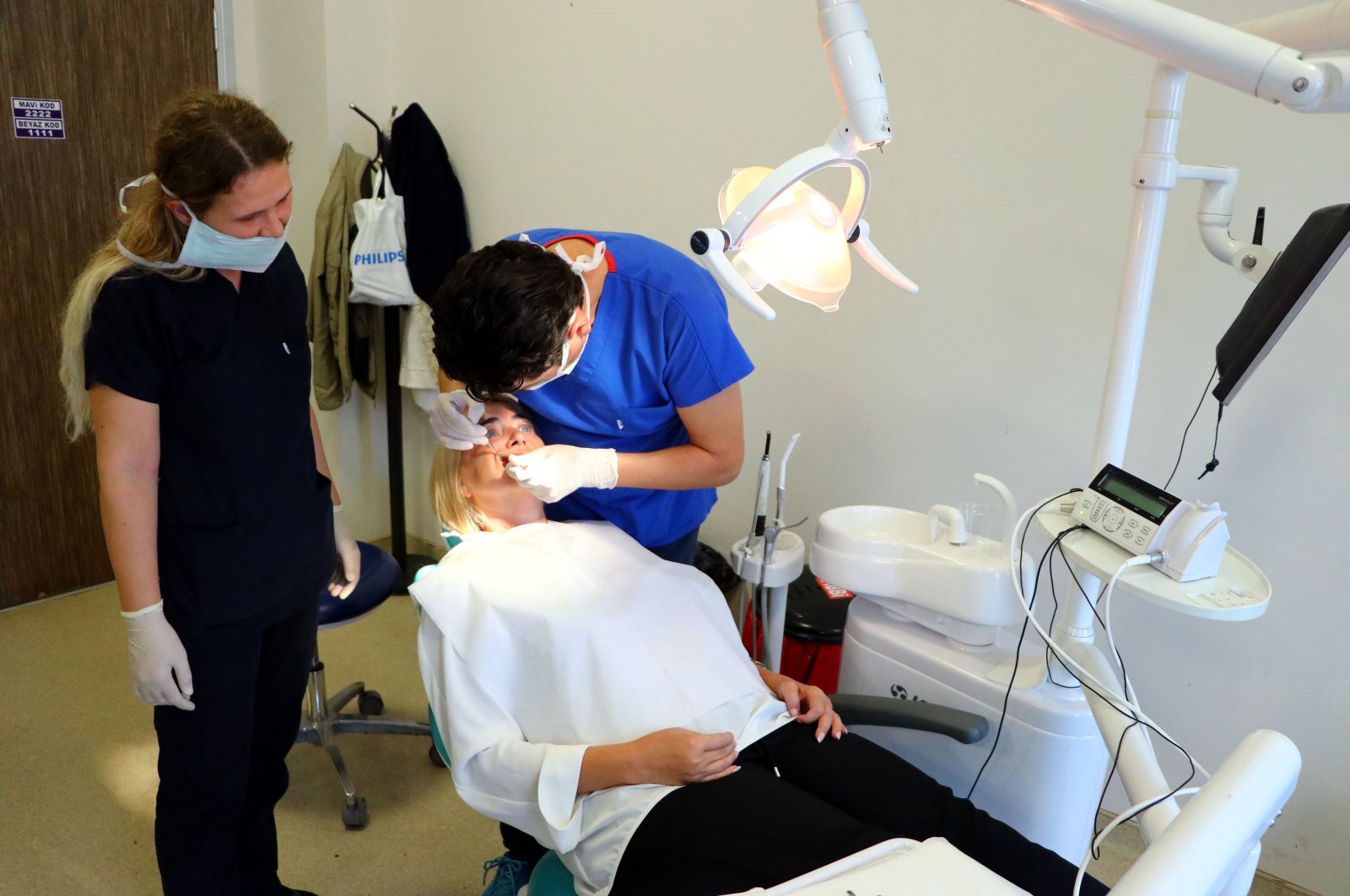 A public dental hospital in Tekirdağ, a city near Turkey's borders with Bulgaria and Greece, has evolved into a popular destination for patients from the Balkan countries since it opened four years ago. (AA Photo)
by Betül Alakent May 20, 2020 1:20 pm
RECOMMENDED

Turkey’s remarkable management of the coronavirus outbreak will likely boost its already shining health tourism industry, and revenues from the sector could reach $10 billion (TL 67.9 billion) in a short amount of time, according to professionals.

The Foundation for Private Hospitals and Health Organizations (OHSAD) Chairman Reşat Bahat said that Turkey’s successful handling of the COVID-19 epidemic is recognized worldwide “in an environment where most developed countries failed to respond to it properly.”

“Countries including Turkey, Korea, Japan and Germany have completed the first phase of the virus crisis with their outstanding health systems. In Turkey, the government has taken a systematic and swift action,” Bahat said.

He added that Turkey’s medical equipment deliveries to nearly 80 countries during the pandemic is also acknowledged worldwide.

Despite ranking ninth place in the number of coronavirus cases worldwide, Turkey remains one of the countries that suffered the least amount of casualties in proportion to its population.

While the number of coronavirus cases continue to fall, the country prepares to start accepting foreign patients from 31 countries on May 20 as part of efforts to reopen its economy and loosen restrictions. The Health Ministry statement said it has set certain security conditions and isolation rules for foreign patients to enter the country, to be admitted to hospitals and to receive treatment. The statement also noted that the measures will apply for both the patients and their attendants.

“Elderly people in these countries are left to die. Exactly opposite, caretakers in Turkey’s nursing homes put all their efforts to keep them alive, which is recognized by the world. Therefore, third age tourism will significantly increase in Turkey after the epidemic,” he said.

The Culture and Tourism Ministry launched a "healthy tourism certification" project to ensure the fulfillment of high health and hygiene standards at airlines, airports and other transportation facilities, accommodations and food venues.

"Turkey acts responsibly in all these processes, not only for the health of our citizens but also for its guests to ensure that they have their holidays in peace," Culture and Tourism Minister Mehmet Nuri Ersoy noted earlier.

In recent years, Turkey has become one of the top destinations for medical tourism, attracting nearly 1 million foreign visitors for treatment purposes in 2018, according to official data.

While Turkey has developed its investment portfolio within the framework of these categories, the interest of tourists who seek treatment in areas such as oncology, orthopedics and aesthetics in the past few years has been reflected in official figures.