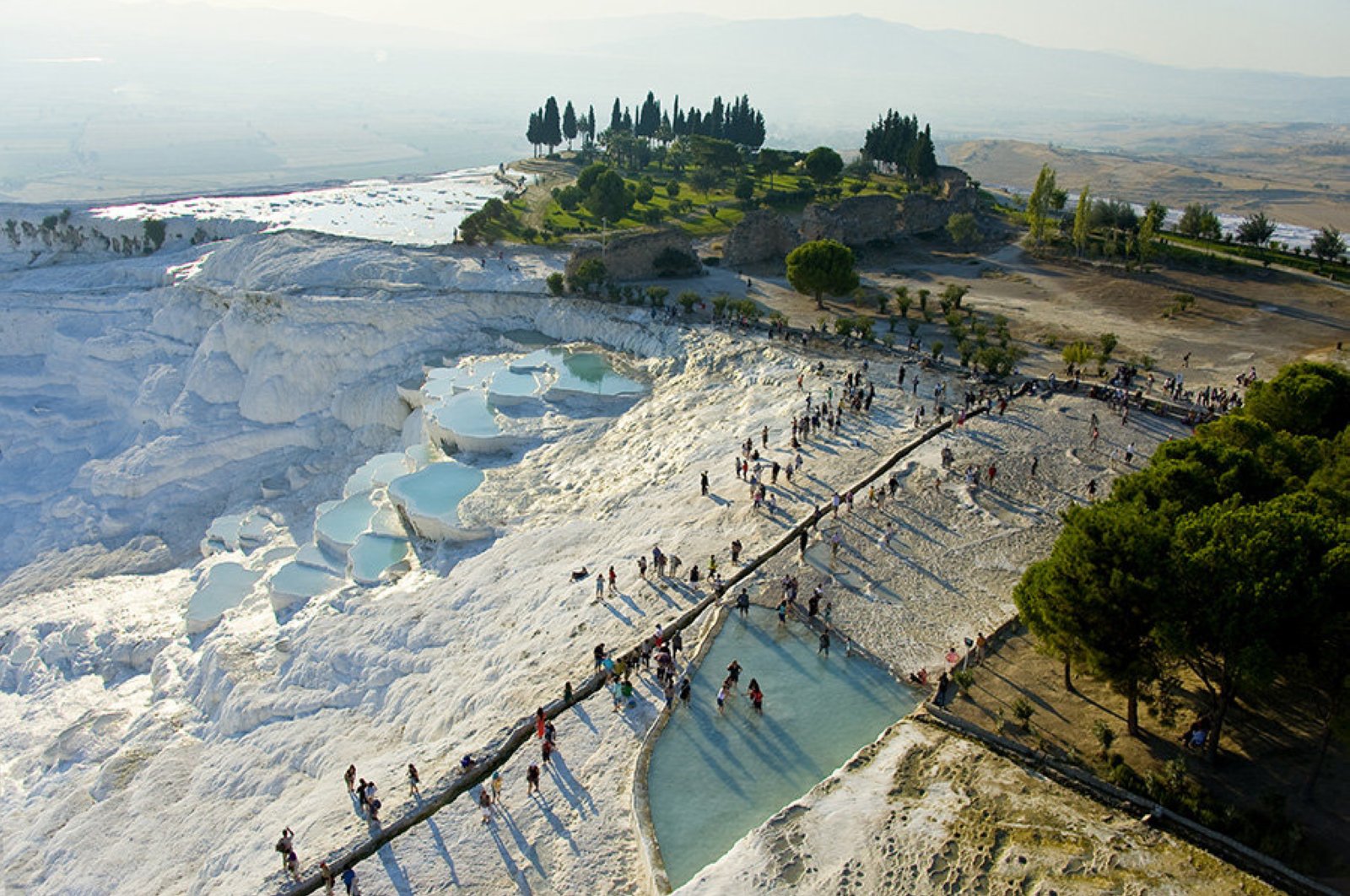 The Pamukkale travertines in western Turkey's Denizli province are an important health tourism destination of Turkey, with their thermal facilities that provide high-quality medical treatment to foreigners at affordable prices. (File Photo)
by DAILY SABAH WITH AA May 28, 2020 2:01 pm
RECOMMENDED

Following its success in the fight against the coronavirus, Turkey is now accepting health tourism patients from countries around the world.

After initially accepting patients from 31 countries, Turkey's Health Ministry announced Thursday that people from all countries will now be eligible to obtain medical treatment in Turkey.

Turkey will accept all patients who require treatment in all major and minor branches, as well as organ, bone marrow and stem cell transplants, reproductive therapy, robotic surgery, bariatric surgery and interventional radiology, the ministry said in a statement.

Patients and their companions will be able to enter the country by both land and air routes.

The statement went on to say that hospitals that accept international patients must obtain an International Health Tourism Authorization Certificate issued by the ministry.

To ensure their safety, a dedicated floor, corridor or other hospital area will be reserved for health tourism patients so that no other person comes into contact with them, the statement added.

With patients from abroad attracted by both its high-quality service and lower prices, Turkey earned some $1.5 billion from medical tourism in 2018.

Turkey, which has entered into a new phase in its fight against the pandemic, as the outbreak was declared under control by officials and the number of the new cases is on the decline despite ongoing large-scale testing, is now looking to bring back the tourism sector by issuing certificates for businesses that have taken the necessary steps against the coronavirus.

The "healthy tourism certificate" program launched jointly by several ministries, including the Culture and Tourism Ministry and the Health Ministry, aims to convince travelers that despite the pandemic, Turkey’s beaches and historic treasures will be safe to visit this year, with rigorous checks on airlines, local transport and hotels and utmost safety guidelines for places of accommodation.

The program has 132 criteria, including ensuring that hygiene regulations are followed and social distancing is practiced. Staff members are also to be trained in measures to prevent the spread of infection.

Domestic tourism is set to resume as of the end of this month, while international tourism is expected to be revived as of mid-June with a gradual relaunch of flights.

Flag carrier Turkish Airlines most recently announced that domestic flights will be grounded until June 4 and international flights until June 10.

SunExpress, a joint venture between Turkish Airlines and Lufthansa, also announced that it planned to resume domestic flights as of June 4 with new safety measures in place, after more than a month of suspension.