Turkey, Russia agree to resume flights after 3.5-month hiatus due to pandemic 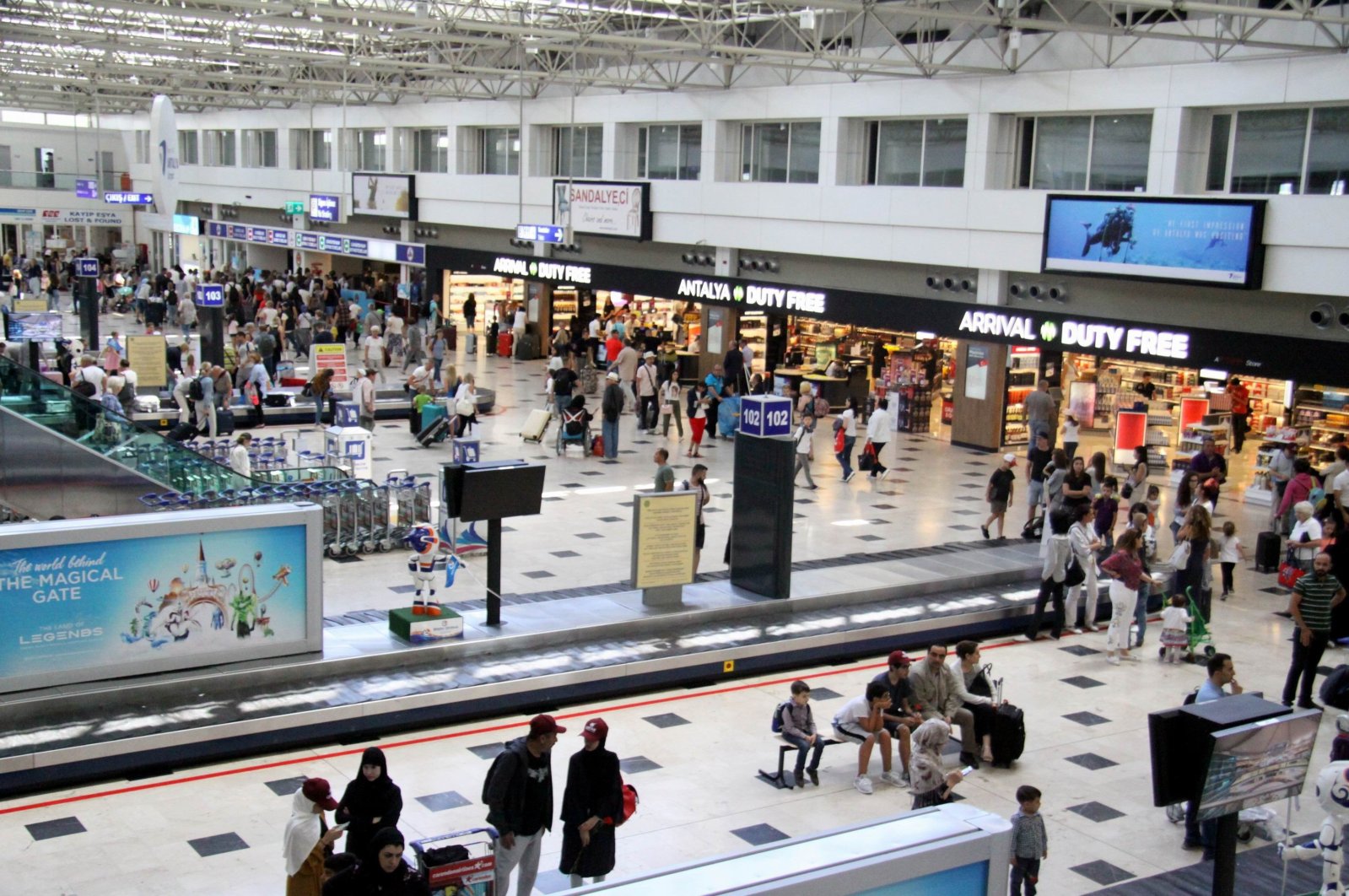 Ankara and Moscow have agreed to resume flights between the two countries as of Wednesday following three and a half months of suspension due to the coronavirus outbreak, in a decision highly sought by the Turkish tourism industry.

“We have agreed to resume flights with Russia as of today,” Transport and Infrastructure Minister Adil Karaismailoğlu said Wednesday.

Prior to adding Russia to the list, the country had resumed flights with 31 countries and was negotiating with 20 other countries. “With Russia, the number of countries with which flights have restarted has increased to 32,” Karaismailoğlu told Anadolu Agency (AA).

Turkey's Mediterranean coastal regions and historical attractions had been waiting eagerly for the borders to reopen as the tourism industry looks to save at least part of the tourist season already battered by the pandemic. Much had depended on the talks with Russia.

Tourism industry representatives have said that with the resumption of flights, they expect the fastest recovery to occur in the Russian market. Hit hard by the pandemic, Russia had fully closed air services with other countries as of March 27.

The number of coronavirus cases in Russia reached 739,947 on Tuesday. Some 512,825 people in the country have recovered, while the death toll stood at 11,614. Together with the U.S., Brazil and India, it is one of the countries hardest hit in the world.

Russian citizens topped the list of foreign tourists and accounted for 15.6% of all arrivals in Turkey in 2019, according to the Culture and Tourism Ministry data. Some 7 million Russians visited last year.

Their top travel destination was the Mediterranean resort city of Antalya, which welcomes millions of tourists from across the world every year.

According to Antalya Provincial Directorate of Culture and Tourism, the southern resort city last year welcomed a record of 15.64 million tourists. Of those, 5.58 million arrived from Russia, an all-time high. The same figure stood at 4.8 million in 2018, and 3.8 million in 2017.

"It is a very important step in this difficult time and good news for our sector,” Turkish Travel Agencies Association (TÜRSAB) Chairman Firuz Bağlıkaya said.

"Turkey welcomes the most number of foreign tourists from Russia. It is of strategic importance for our sector and serves as an engine for the development of our tourism sector, especially in the Mediterranean and Aegean regions," Bağlıkaya said in a statement.

He said they believe the EU countries too will soon resume travel to Turkey.

On June 30, the EU decided to exclude Turkey, along with the U.S. and other countries, from a list of 15 countries recommended for nonessential travel.

Ankara criticized the decision. It called on the EU to reconsider the decision and correct the "mistake" as soon as possible, citing Turkey's elaborate COVID-19 measures and successes in battling the pandemic.

THY's flights to start in August

The national flag carrier Turkish Airlines (THY) on Monday said it plans to resume flights to six Russian cities in August.

The city welcomed over 21,000 foreign tourists in June. That figure hit 27,083 between July 1-7 alone. The majority of the tourists that have arrived in the city so far came from Ukraine, Kazakhstan and Belarus.

“Once the flight ban and the danger of the virus in Russia is over, the fastest recovery will be in the Russian market because the Russians love Turkey. They call our hotels and ask whether hotels are opened and what kind of measures have been taken,” Professional Hoteliers' Association (POYD) Chairman Ülkay Atmaca said.

Cem Kınay, a member of the Board of Directors of the Turkish Tourism and Development Agency, also said that Russia was one of the most important markets for Turkey.

Expressing that the Russians want to spend their holiday in Turkey, Kınay said: “We are the favorite country of the Russians. Last year, about 7 million Russians vacationed in Turkey. We have received information that our Russian guests want to come to Turkey as soon as the flights are opened. Turkish tourism is also ready for the arrival of the Russians. Many hotels in Antalya have received certificate programs."

As Turkey’s tourism activities were mostly halted after March, the number of foreign visitors arriving in the country from January through May dropped by over 66% year-on-year, according to Culture and Tourism Ministry data. Some 4.2 million tourists arrived in the first five months.

Last year, more than 45 million foreigners, an all-time high, entered the country, up from nearly 39.5 million in 2018.