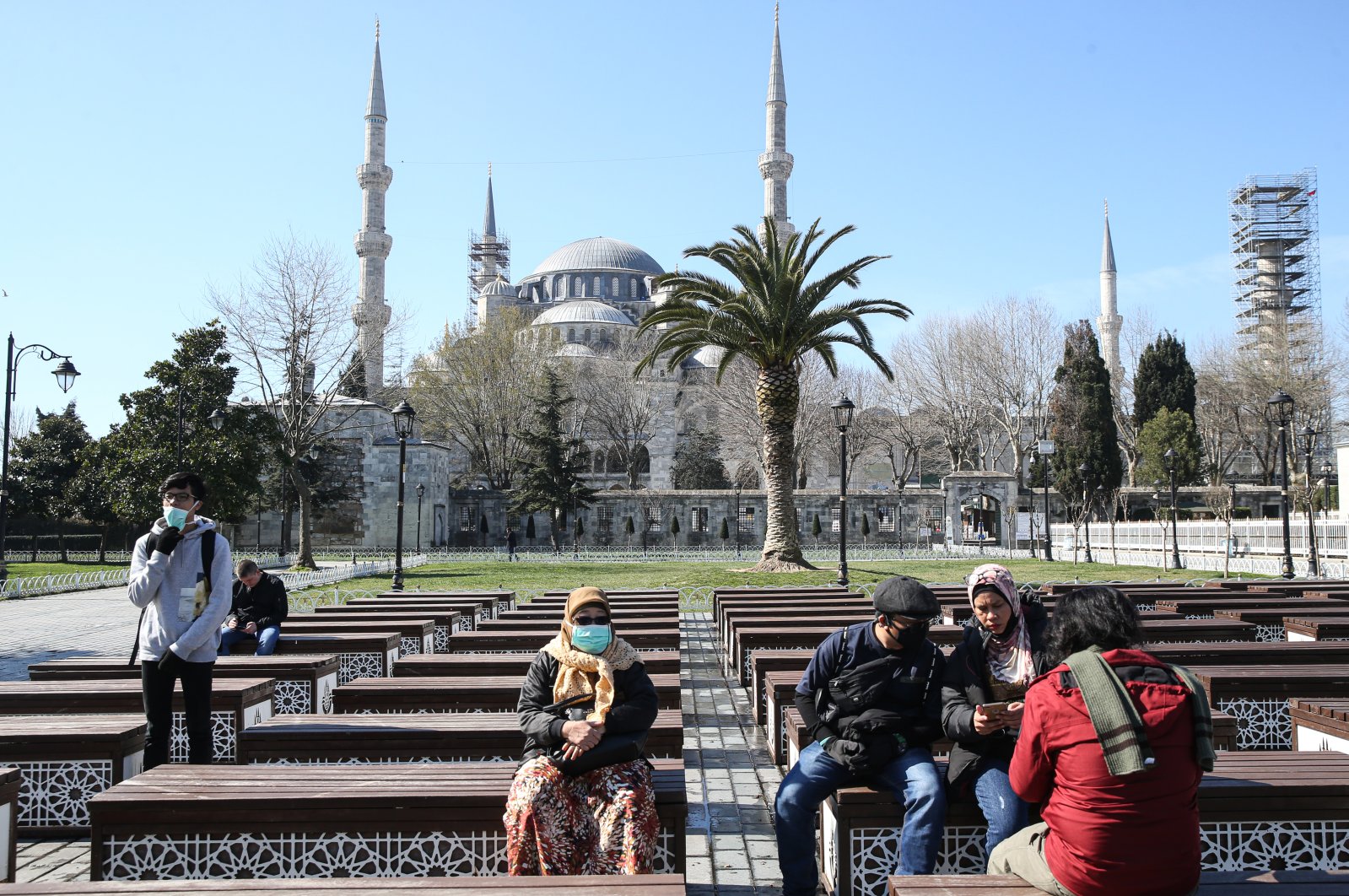 Tourists are seen near Sultanahmet Mosque, also known as the Blue Mosque, during the coronavirus outbreak, Istanbul, Turkey, March 21, 2020. (AA Photo)
by Daily Sabah with DPA May 10, 2020 5:22 pm
RECOMMENDED

Turkey is establishing hygiene measures and requirements in preparation for the return of tourists, Culture and Tourism Minister Mehmet Nuri Ersoy said Sunday.

Step by step, people are to be gradually allowed to travel within the country starting at the end of May, Esroy told a CNN Türk live broadcast. In June, international flights will gradually recommence, he added.

The government has developed a certification program for hotels and restaurants which are to be subject to strict regulations, Esroy said. The program has 132 criteria, including ensuring that hygiene regulations are followed and social distancing is practiced. Staff members are also to be trained in measures to prevent the spread of infection.

Staff are to bring people meals and drinks. While buffets are to be permitted, guests are not to be allowed to help themselves.

The government has also published an overview of the hospitals available in areas popular among tourists, and lists their capacities.

Tourism is an important part of Turkey's economy, and the country expected 58 million visitors this year, now unlikely given the pandemic. Ersoy said if the coronavirus was under control, 63 million tourists might be expected in 2021.

The number of foreign visitors arriving in the country totaled 4.24 million in the first quarter of the year, a 22.1% year-on-year drop amid worldwide travel restriction due to the pandemic, according to Culture and Tourism Ministry data.

The country has also seen a 11.4% decline in its tourism income in the January-February period, dropping to $4.1 billion, according to the Turkish Statistical Institute's (TurkStat) data.

Turkey is gradually easing measures imposed to restrict the spread of the virus. This weekend, 24 towns and provinces are under curfew, down from 31. People over the age of 65 were also allowed outside for a few hours.

As of Monday, shopping malls and hairdressers are due to reopen.

The number of daily coronavirus deaths and new cases in Turkey has fallen sharply over the last week from peaks recorded last month.