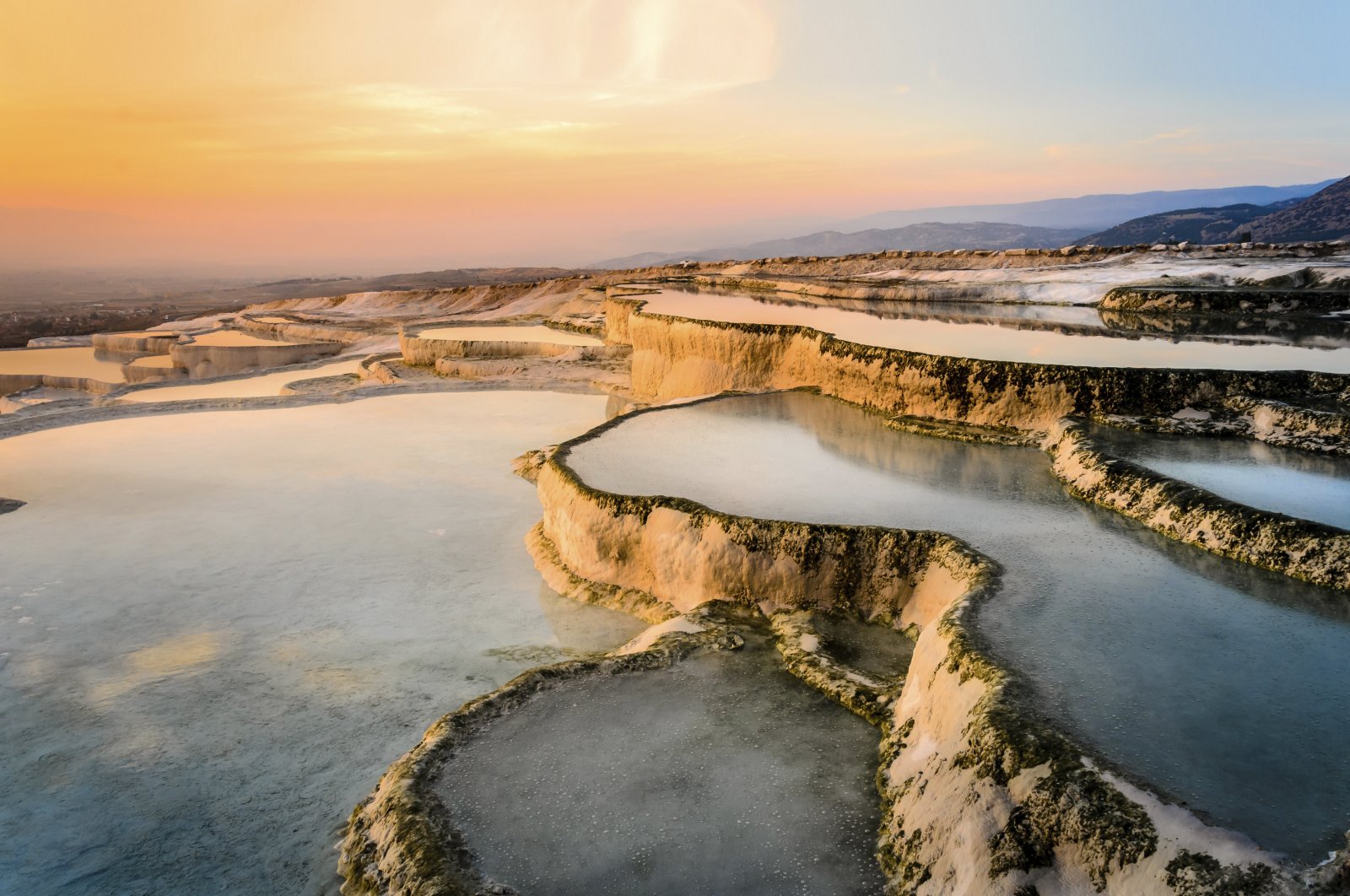 The number of visitors to museums and archaeological sites reached 3 million between June and August this year. The ancient ruins in western Denizli’s Hierapolis Pamukkale became the most visited historical place with 233,000 guests.

The museums and archaeological sites of the Culture and Tourism Ministry which were closed until the beginning of June due to the COVID-19 outbreak reopened their doors for the summer. According to statistics, tourists preferred to visit archaeological sites more than museums. In the list of the most visited historical places in the summer, six historical sites and four museums took their place in the top 10 list.

Denizli once more landed in the list of most visited sites with its white travertines, famous ruins left from the Greco-Roman period including remnants of baths, a necropolis and theater; remains of Byzantine city walls, ruins of the octagonal Martyrs' Church of St. Philips and the Arch of Honor of Emperor Domitian from the first century.

Southern Antalya's Phaselis Ruins, a commercial city of the ancient age with three harbors, also became one of the historical places that attracted the most visitors during the summer months with 128,000 people.

Another famous historical place in Antalya, the Olympos ruins, ranked fourth in the list with 124,500 visitors, while Izmir’s Efes ruins came fifth with 124,000 tourists.