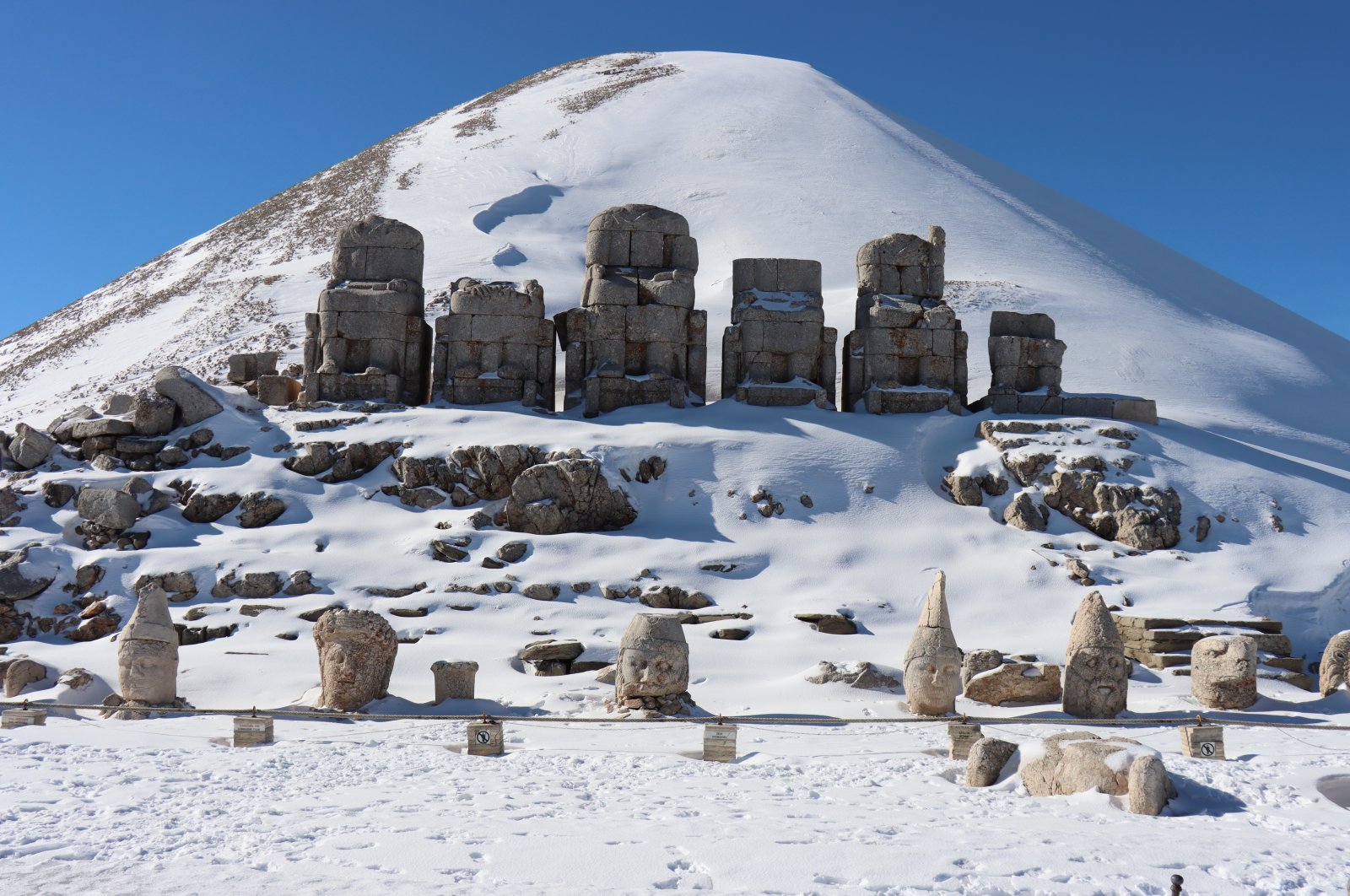 Standing at the crossroads of the East and West, the majestic Mount Nemrut in southeastern Turkey attracted over half a million local and international tourists in the last five years, an official said Tuesday.

Located in Kahta in the Adıyaman province, the mountain, towering 2,134-meters (7,001 feet) high, is a UNESCO World Heritage site, thanks to its rich history.

Also known as the Eighth Wonder of the World, it is most notable for its summit, where several larger-than-life statues of Greek and Persian gods are erected around what is assumed to be a royal tomb from the first century B.C.

Speaking to Anadolu Agency (AA), Mustafa Ekinci, the provincial head of the Culture and Tourism Ministry, said Mount Nemrut is the apple of Turkey's eye.

"In 2019, we reached the highest number of visitors in the last 30 years ... We could not respond to the demands from April to October due to the insufficient accommodation and bed capacity," he said.

"We hope that people, who haven't been out during the pandemic, will take a tour in the second half of this year."

He said the view here during sunrise and sunset is breathtaking which is often immortalized by climbers with photographs. The site is now a national park.