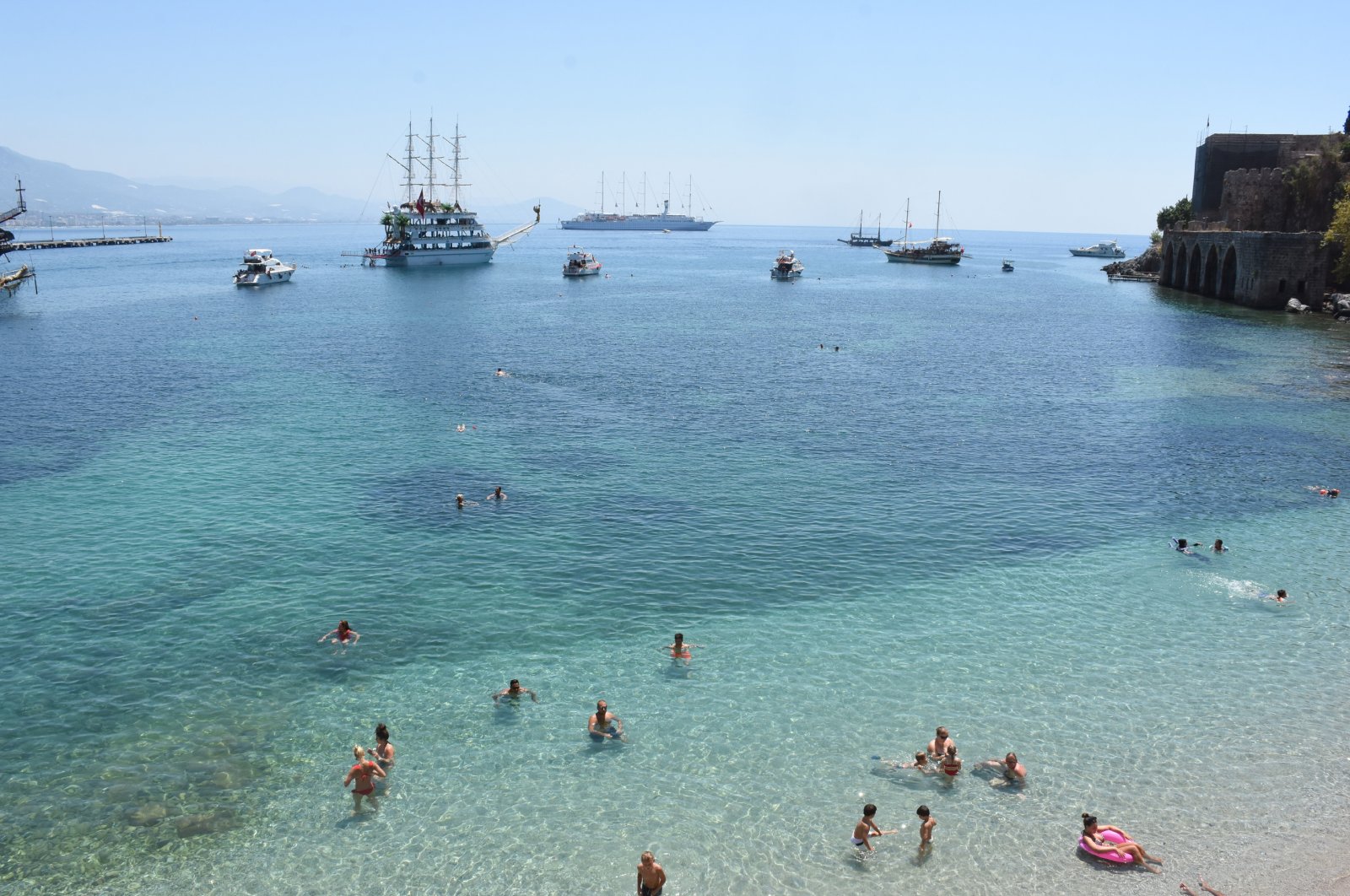 Turkey's Mediterranean coasts and historic attractions face a critical week as hoteliers expect all international flights to resume with borders reopening and hope to salvage at least part of a tourist season already battered by the coronavirus pandemic.

With beaches largely empty and many hotels deciding whether to open, Tourism Minister Mehmet Ersoy told Reuters he hoped the world's sixth-largest destination could attract up to half of last year's 45 million arrivals.

But much depends on talks to begin flights from Russia, Germany and Britain – also hard hit by the virus – which should reach some conclusions by early next week, he said.

The stakes are high for Turkey, where a rebound this month in COVID-19 cases has raised concerns in a country where tourism accounts for up to 12% of the economy.

Due to the pandemic, the number of foreigners visiting the country plummeted 66.35% in the January-May period on an annual basis, according to new data released by the Culture and Tourism Ministry on Monday.

Turkey received more than 4.2 million foreign visitors during the first five months of this year, the data showed.

Turkey's historic metropolitan city of Istanbul was the top destination for tourists, hosting 54.86% of all visitors, or around 2.3 million.

This was followed by northwestern Edirne province with 13.27% or nearly 570,000 foreign visitors in the same period.

The Mediterranean resort city of Antalya received the third-highest number of foreigners, with about 432,000 during the first five months.

Ankara has launched a "healthy tourism" program that includes health and hygiene checks, and more than 600 hotels have applied for certification. The country is lobbying some 70 countries, with a focus on the European Union.

Yet flights are only beginning to trickle in, including from the United States.

Such hotels "cannot survive with only Turkish tourists," Ersoy said in a Friday interview. "The next 10 days will be critical as decisions are made on borders ... so far it's not clear how international traffic will start."

When asked whether tourism would be halted if foreigners sparked new outbreaks, he said "we have to watch the numbers" and decisions would be made with a separate scientific committee.

Turkey hopes top tourist source Russia – which has the world's third-highest number of coronavirus cases – will start flights in mid-July. Second-place Germany has a coronavirus travel warning until the end of August but could lift it sooner.

Meanwhile, tourism ministers of the Turkic Council member countries, namely Turkey, Azerbaijan, Kazakhstan, Kyrgyzstan and Uzbekistan, along with the observer country, Hungary, will discuss the measures taken in tourism due to the COVID-19 outbreak and issues related to the reopening of the sector.

The tourism ministries of the countries are planned to discuss cooperation regarding tourism between the member countries via videoconference meetings due to be held on June 22 and 23.

Some $35 billion in tourism revenue helped briefly turn Turkey's current account positive last year. In April, the deficit was $5 billion as revenues disappeared with the measures taken globally to curb the spread of the virus.

"Tourism is probably the sector that will go through the longest recession," and its seasonal workers face "a very bad period," said Seyfettin Gürsel, an economist at Istanbul's Bahceşehir University.

Okan Osman, from Frankfurt, Germany, was one of very few tourists to arrive in Antalya, which he said was "much better and cleaner" than years past. "Of course, it's difficult for everyone and for the staff, but they seem to have been well trained and everyone is really well prepared."