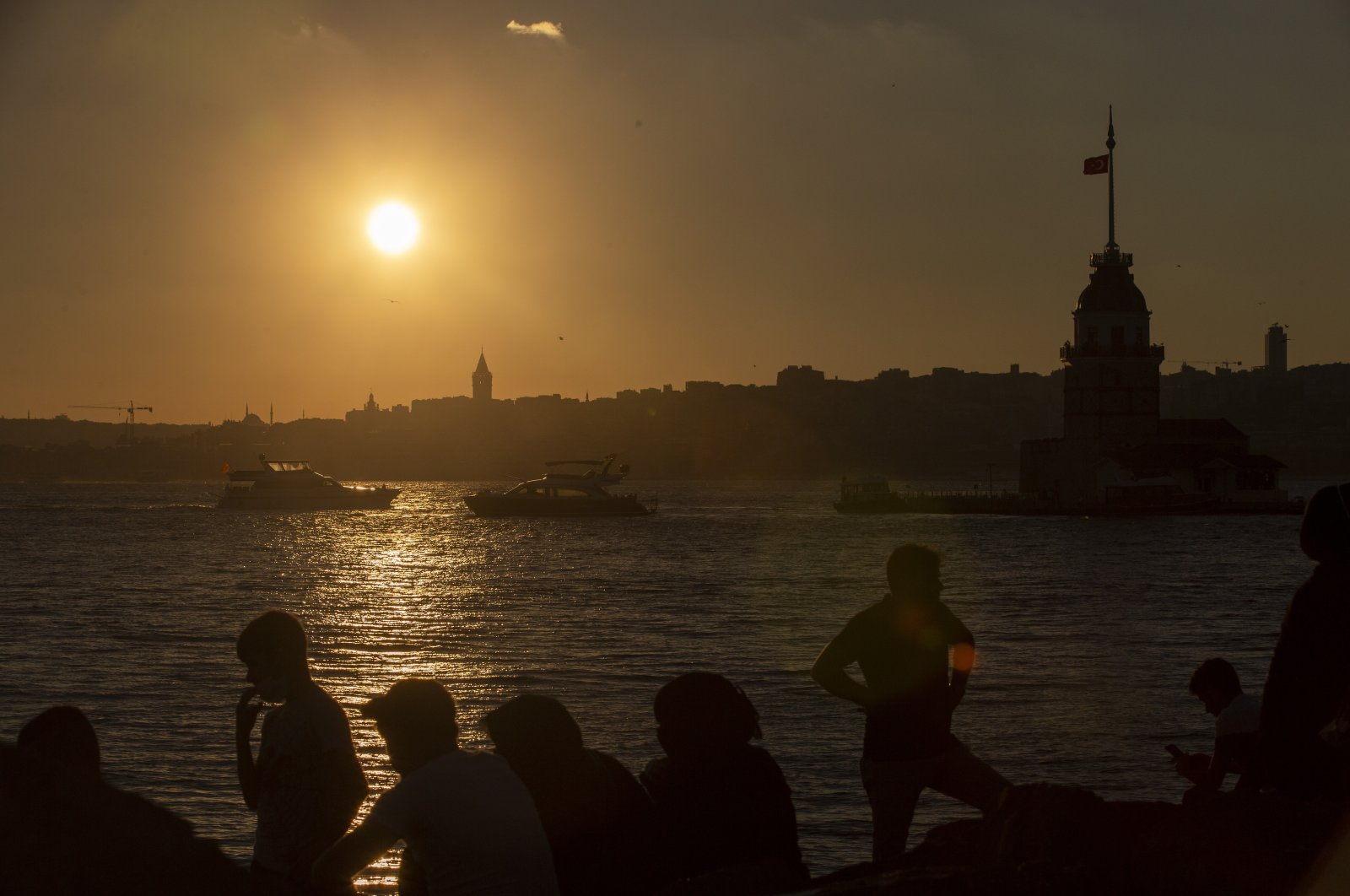 People enjoy themselves near the Bosporus backdropped by the Galata Tower and the Maiden's Tower at sunset in Istanbul, Aug. 23, 2020. (EPA Photo)
by DAILY SABAH WITH AA Sep 21, 2020 3:51 pm

According to a statement by TÜRSAB, their cooperation aims to increase the number of visitors to Istanbul each year.

TÜRSAB President Firuz B. Bağlıkaya and ITO chief Şekib Avdagiç evaluated projects that will be realized through the joint work of both organizations.

The meeting was also attended by numerous officials from both groups as Avdagiç reiterated that ITO stands by TÜRSAB regarding transportation to, from and within the city.

In the meeting, a report titled “The Effects of COVID-19 on Tourism and the Future of Istanbul Tourism” was presented to Avdagiç. It was also decided that ITO’s Information Commercialization Center, which supports start-up projects, will back ventures prepared by members of TÜRSAB.