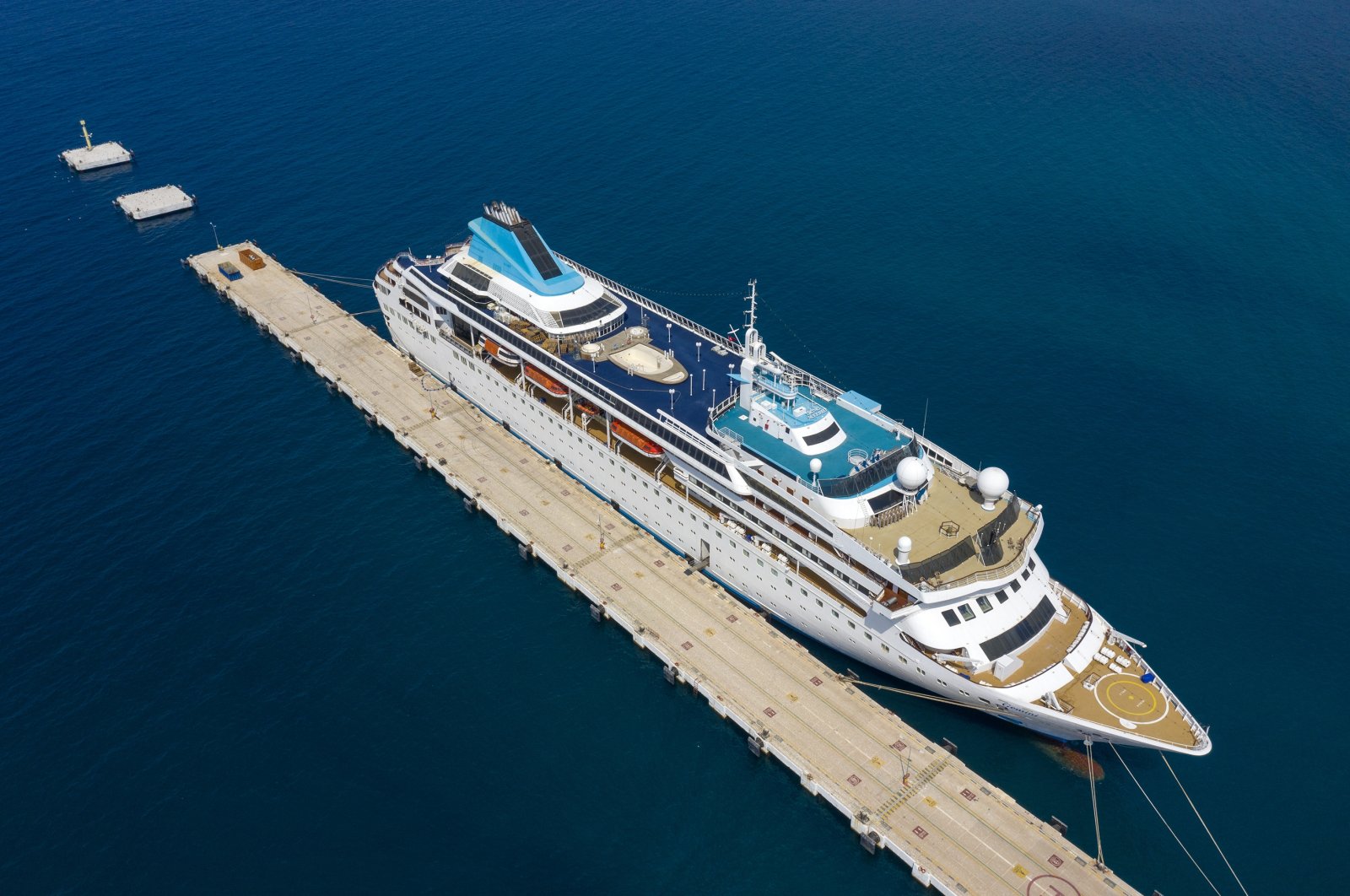 A Turkish company is set to offer a luxury holiday option in the Mediterranean on a cruise ship that will the "Turkish concept," including special local cuisine on board.

The company, which invested during the pandemic, plans to accelerate investments in the field to make the country’s coast more attractive for cruise tourism while claiming a bigger share of the regional pie for the country.

The Bahama flagged ship "Gemini" was purchased by Miray Cruises and was anchored at Kuşadası Port in the western Aydın province for final checks. The 164-meter-long floating hotel has 400 cabins and is expected to host 1,000 vacationers, a first in the country with such capacity.

Although the Turkish coasts along the Mediterranean and Aegean, as well as the Istanbul ports, are attractive cruise tourism destinations, American and European firms dominate the sector, and Turkish firms heavily depend on ships they rent instead of purchased ones.

Miray Cruises, which has been carrying out projects for the world's leading companies in the sector since 1996, plans to set sail with the newly purchased ship as of March 2021.

Ahmet Yazıcı, the company's general manager, told Anadolu Agency (AA) Wednesday that this investment made during the pandemic was very significant, adding that they aim to create a cruise fleet by increasing the number of ships.

Along with the meals and beverages specific to Turkish cuisine, international cuisine will also be available for vacationers onboard.

Yazıcı stressed that the country currently cannot realize its potential share in the $40 billion cruise sector. "Serving the Mediterranean with our own ships" is expected to contribute to the share, he noted, as the sector had not been able to compete with global peers before with the high-priced, rented ships.

He added that the staff on the ship are regularly tested for the coronavirus and that they plan to launch a "safe cruise" protocol soon.