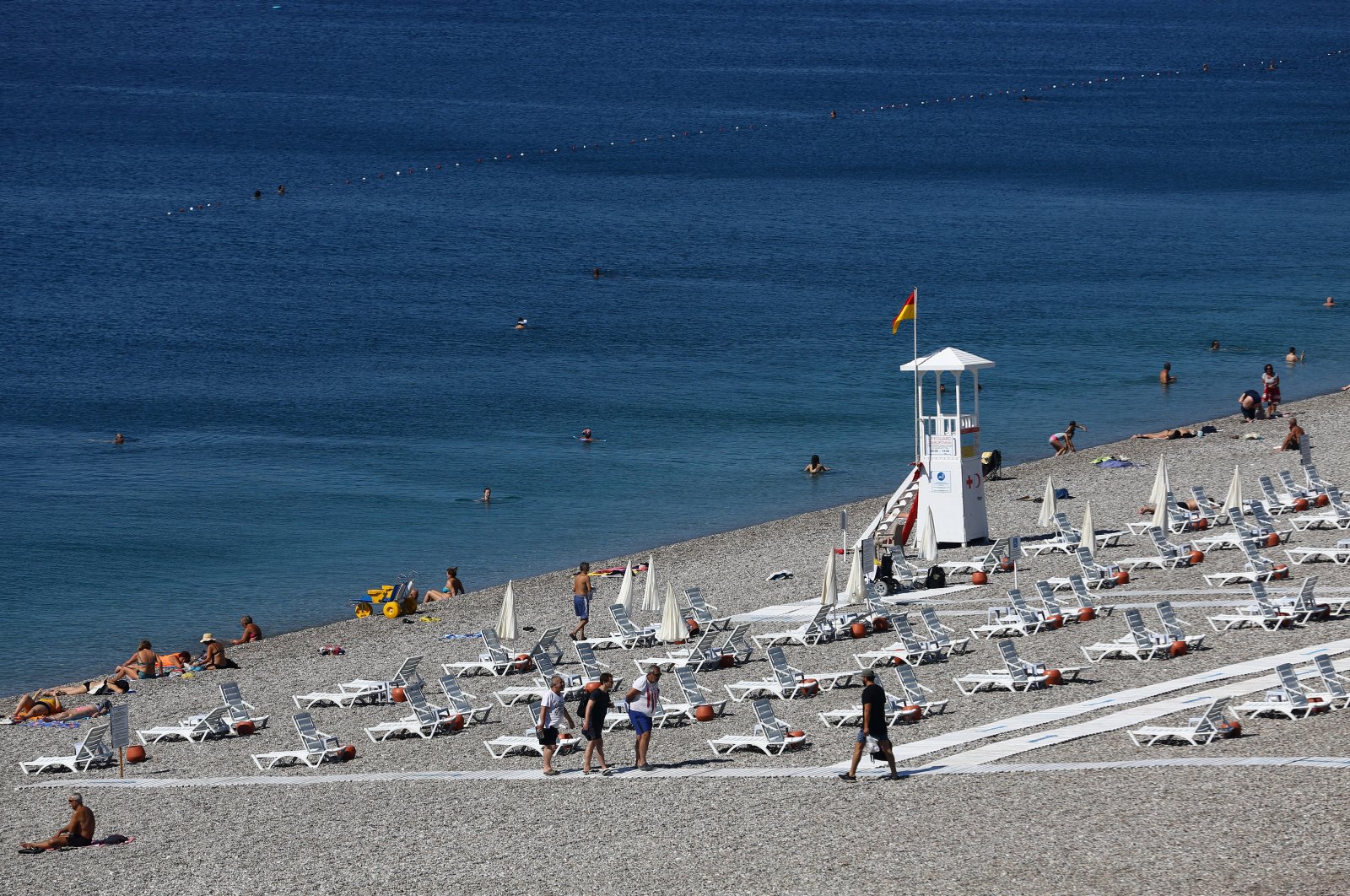 Russian vacationers' interest in Turkey's Mediterranean coast has been unwavering despite the pandemic, with the number of holidaymakers continuing to rise. This trend has led sector representatives to prolong the holiday season through October and November, with tour operators saying they may even extend it to December.

Previously, the Association of Tour Operators in Russia (ATOR) said they expected the Turkish tourism sector to see a boost from the Russian market from September to October. Now, major operators that bring tourists from Russia have announced the season will be prolonged to December, according to a report by Turkish daily Dünya on Monday.

While Germans came in the biggest numbers to Antalya during the first eight months of the year, Russian holidaymakers, for whom flights only recently resumed, have quickly outpaced Germans in September.

After a hiatus due to COVID-19, flights resumed with Russia on Aug. 10 and since then Russians have ranked at the top of the list, making up 41.4% of foreign visitors in August.

Before the pandemic, the demand tended to decrease through November; however, this year things have changed for the sector as people did not have much chance to arrange holidays due to restrictions. According to tourism representatives, the fact that no one has returned to Russia having caught the virus in Turkey has also contributed to the increasing demand, the Dünya report said.

Ülkay Atmaca, head of Turkey's Professional Hotel Managers Association (POYD), said no other province around the world can host such a high number of tourists in such a short period, as the city has been outpacing its competitors. He said besides the numbers, it is important to ensure the tourism industry keeps functioning during a time when the virus is still affecting world economies, tourism and health sectors.

Coral Travel Turkey officials said the company, which currently has flights from Russia’s 12 regions, is set to continue its Turkey operations during the 2020-21 winter season.

Anex Tour announced that, as in previous years, they will maintain flights to Turkey without interruption. Anex Group's airline Azur and Pegas' Red Wings airlines have both prepared programs for the winter season.

TUI Russia is set to continue its charter flights from Moscow, St. Petersburg and Kazan to Antalya in the winter. The flights will continue from Novosibirsk until the end of October and from Rostov-on-Don until the first week of November. The Tez Tour Antalya flight schedule runs through Nov. 4.

Meanwhile, Antalya City Council Tourism Working Group Chairperson Recep Yavuz shared that there were 4,647 international charter flights from abroad to Antalya in September, noting flights were at 91% occupancy that month.

In September, there were 2,868 flights to Spain’s Mallorca, 2,004 flights to Greece’s Crete, and 1,026 flights to Rhodes, he said, adding, “No airport in the Mediterranean was as busy as Antalya.”

According to the data from the Culture and Tourism Provincial Directorate, the number of tourists coming to the city exceeded 1 million in September.

During the month, some 1.1 million from 147 countries flocked to the city: 995,000 were foreigners and 21,000 were Turkish holidaymakers residing abroad. This year’s numbers, however, showed a 54% decrease due to the pandemic.