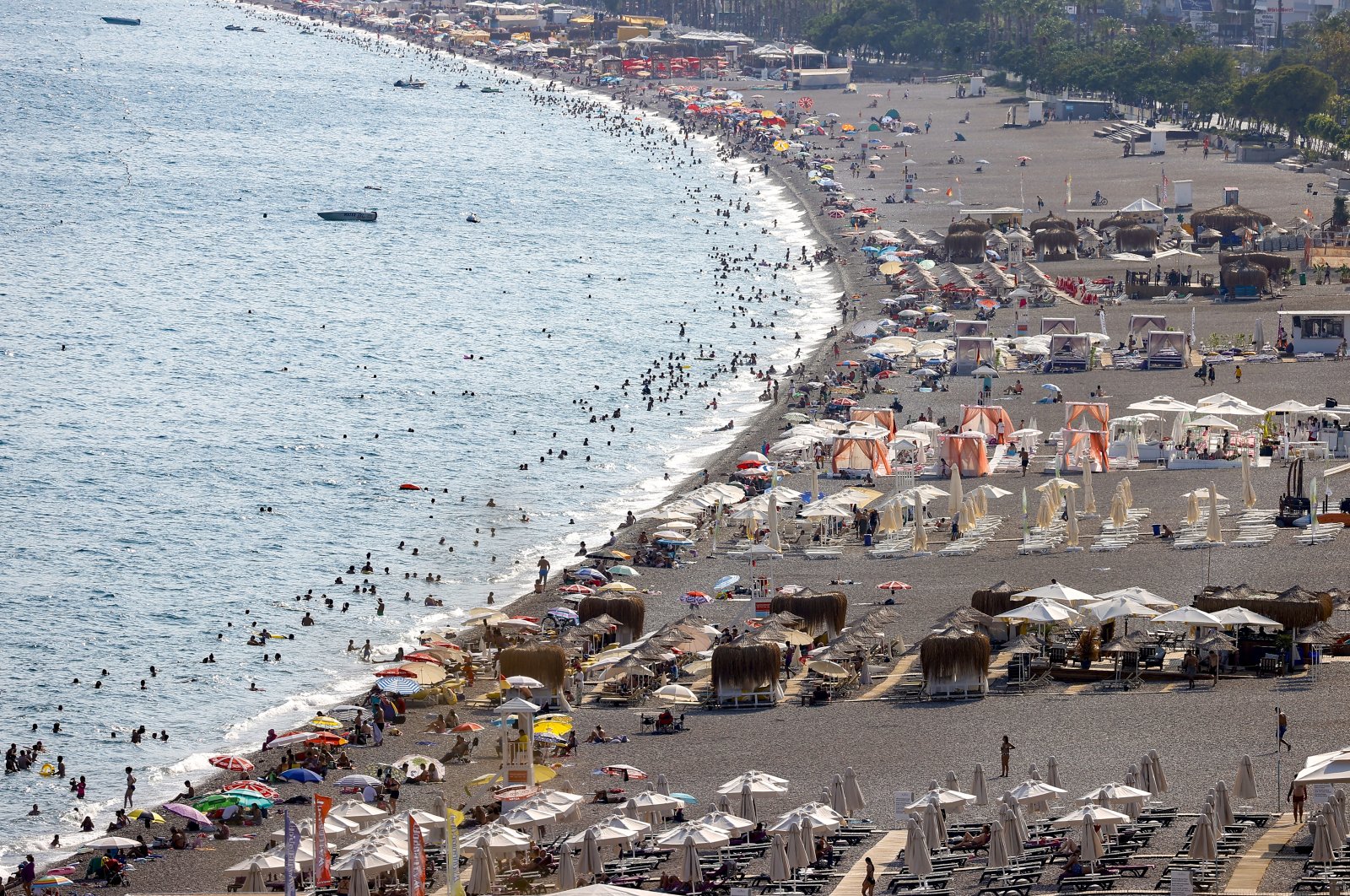 Prolonging the long-awaited return, the United Kingdom dashed hopes of Turkey’s tourism sector and British holidaymakers as it Thursday kept Turkey on its COVID-19 travel red list of destinations.

Industry representatives, as well as travelers, were hopeful the country – which has been red since May – would be moved to the amber list. Even the Turkish Embassy in the U.K. had said it was “confident” that there would be a change.

Turkey remaining on the red list means Britons coming back to the U.K. are required to quarantine for 10 days at a government-approved hotel at a cost of more than 2,200 pounds ($3,015).

The amber list allows double-jabbed Britons and all under 18s to enjoy quarantine-free travel.

Among others, Britain added Thailand and Montenegro to its red list, reflecting the increased coronavirus case rates in those countries. Canada, Denmark, Finland, Lithuania, Switzerland, Liechtenstein and the Azores were added to the green list of places that are safe to visit without requiring quarantine on return.

All changes to the lists will come into effect on Monday, Aug. 30, the government said.

Having attracted around 2.3 million British holidaymakers a year before the pandemic, Turkey has been the most popular destination still on the red list.

Pressure has been mounting for it to be axed from the list as it has been off-limits for Britons for the entire summer so far, with many airlines and travel firms axing holidays as a result.

“Why is #Turkey deemed worse than #India,” asked Paul Charles, the founder of the PC Agency travel consultancy, on Twitter as he questioned the transparency.

India was moved from the red to the amber list earlier this month. The country reported 44,658 new COVID-19 infections on Friday, taking the total to 32.6 million, the most in the world after the United States. Deaths rose by 496 to 436,861.

The Turkish Embassy in the U.K. earlier this week told the British Sky News that falling coronavirus rates in the country, along with progress on its vaccination campaign, made it confident it would no longer need to stay on the red list.

PC Agency's Charles had also said, “Turkey very much deserves to be on the amber list as it has some of the best COVID-19 safety policies in place, especially in hotels and other tourist areas and has worked hard to reduce its infection rates.”

“Many agree it feels safer there than it does in the U.K.,” he told The Times earlier this week.

“A continuing, complete lack of transparency underlines these changes, which should be wider. Travel continues to be tethered,” Charles said on the government's latest travel update.

While Turkish tourism has seen a strong rebound from last year, with foreign visitor arrivals for July jumping fourfold to 4.36 million, it remains well below pre-pandemic levels as the absence of Britons has somewhat been stalling the progress.

Many hotels in the southern Aegean region, which rely heavily on British tourists, may close by the end of August if Britain does not remove Turkey from its red list, tourism officials have said.

While the Russian market has performed well, Germany’s classification of Turkey as a high-risk country this month has hurt the sector, prompting a slowdown in sales of Turkey packages.

Overall, some 10.88 million foreign visitors arrived in total from January through July this year. The figure marked an 85.44% increase year-on-year but was still down 78% versus the same period in 2019.

While many businesses suffered during the pandemic, tourism has been clobbered by restrictions: In 2019, it brought in $34.5 billion and a record of nearly 52 million visitors.