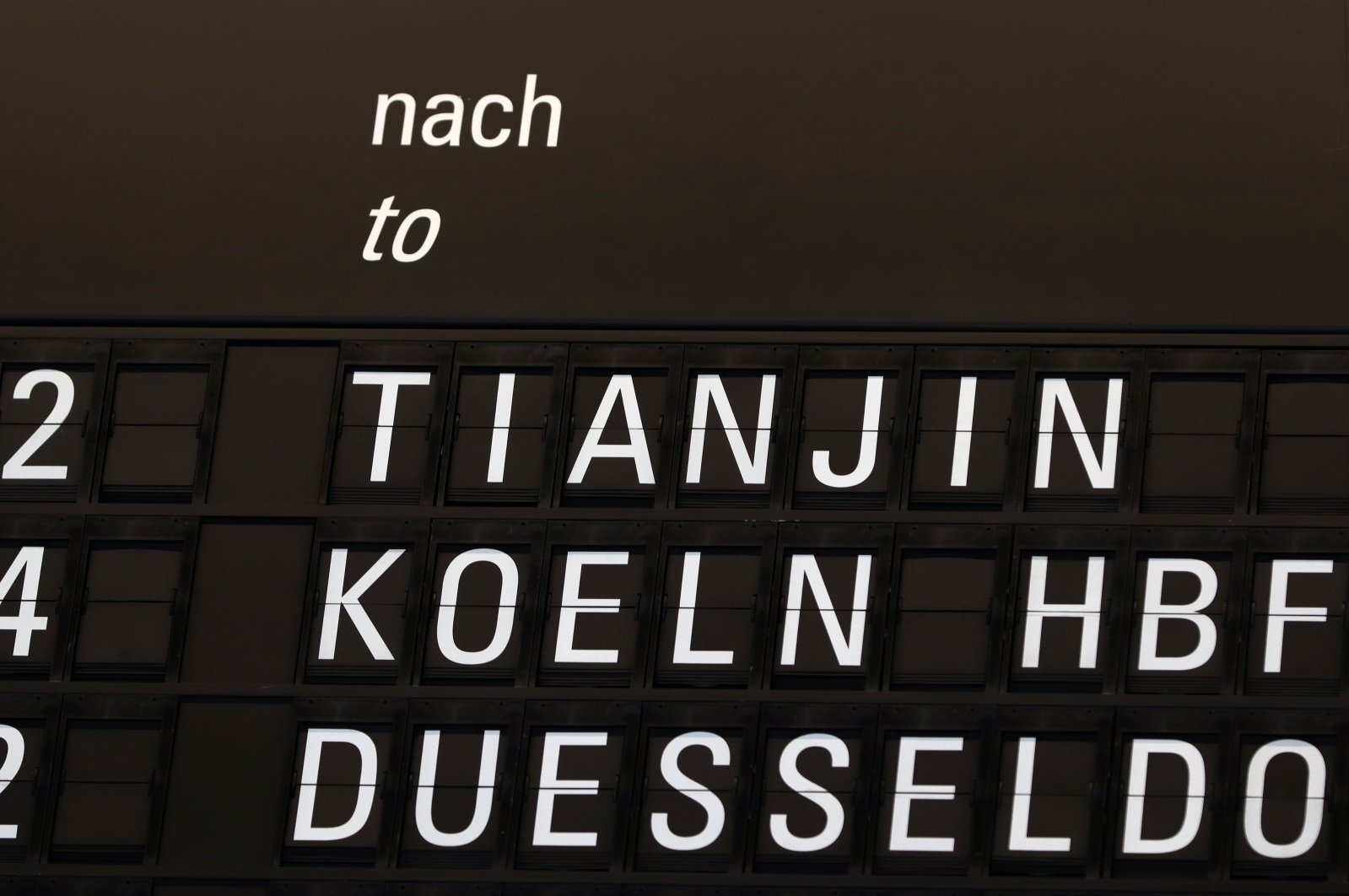 A screen showing Lufthansa flight LH 342 to Tianjin, China (the first post-lockdown flight departing Europe for China) is pictured at the airport in Frankfurt am Main, western Germany, on May 29, 2020. (AFP Photo)
by French Press Agency - AFP May 29, 2020 10:31 pm
RECOMMENDED

On arrival, "we expect we'll have very long checks, fever measurements, corona tests, antibody tests, and then we'll have to go into a 14-day quarantine," said Bernd Poth.

The quality control worker for Volkswagen subsidiary Audi was one of just a few people dwarfed by the echoing departures hall of Frankfurt's Terminal 1, as he arrived with rolling luggage and facemasks to check in with his partner and young son.

Like others on board the flight, which was operated by German flag carrier Lufthansa, Poth had returned from China in February before Beijing closed its borders to incoming travelers, stranding the family in Germany.

Chinese infection control measures are expected to be strict, as Poth said the Europeans could face a second two-week quarantine after traveling on from destination airport Tianjin to Beijing.

"We're not worried about safety, but we've got some concerns about the quarantine, we don't know what will be waiting for us over there," said aircraft components worker Alexander Ophoven.

Up until almost the last moment, "it was unclear whether this flight would be leaving or not," he said.

China just this week decided to loosen a cap on inbound flights that was set at 407 per week.

But even with triple the arrivals showing up from June, the number remains a fraction of the roughly 9,000 a week handled by the country's airports before the pandemic.

While Beijing arranged emergency flights to repatriate its citizens stranded abroad as the virus spread around the world, demand has far outstripped supply.

A second flight from Frankfurt to Shanghai is scheduled for June 3.

"It took us three weeks to organize the first flight. Being realistic, if every two weeks a flight will leave, that would be a good thing," Jens Hildebrandt of the German Chamber of Commerce in North China told Agence France-Presse (AFP) earlier this week. All international arrivals in China are currently required to undergo a COVID-19 test and complete a mandatory quarantine.