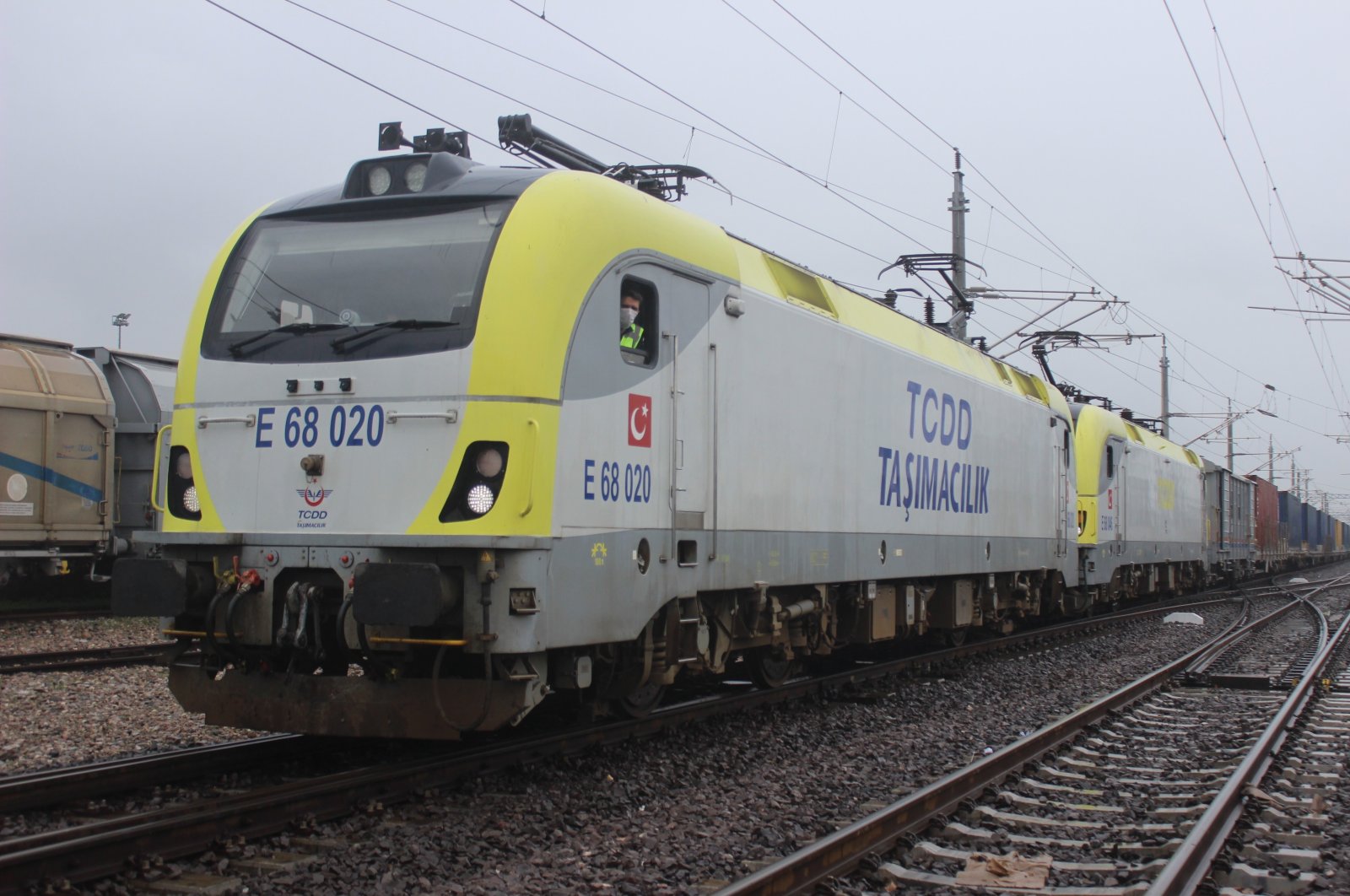 The second train carrying goods from Turkey departed for China on Sunday evening, the Transport and Infrastructure Ministry announced Monday.

Carrying 1,400 fridges in 42 containers, the train set off from the Çerkezköy station in northwestern Tekirdağ province at 7:05 p.m. local time on Sunday and passed beneath the Bosporus through Istanbul’s Marmaray tunnel early Monday.

The train will have passed through the northwestern province of Kocaeli, the capital Ankara, the central Sivas province and eastern Kars province before crossing Turkish borders from the Akhalkalaki Station in Georgia.

It will then travel across Georgia, Azerbaijan, the Caspian Sea and Kazakhstan to reach Xi’an, the capital city of Shaanxi province in central China.

The train will follow the Trans Caspian East-West Middle Corridor via the Baku-Tbilisi-Kars (BTK) railway.

The statement by the Transport and Infrastructure Ministry said the export train was the most important evidence that Turkey will become the center of transit between Asia and Europe.

The trip comes after the first train carrying goods from Turkey to China reached its destination Saturday in a major milestone.

The train set off from Istanbul on Dec. 4 and covered 8,693 kilometers (5,402 miles) as it passed through two continents, two seas and five countries.

Transport and Infrastructure Minister Adil Karaismailoğlu on Saturday dubbed the first train “our victory in rail transport” as he announced that preparations for new export trains were underway.

President Recep Tayyip Erdoğan also lauded the development during an inauguration ceremony Saturday, saying this is a major success for Turkey.

In November 2019, Turkey and the world witnessed a historic moment after Ankara welcomed and sent off the first train that departed for China and Europe passing under the Bosporus via the Marmaray tunnel, marking the realization of the “Silk Railway” dream.

The real Silk Road was an active trade route used between the second century B.C. and the 18th century A.D. that connected China and Europe through Anatolia and the Mediterranean region.

Within the scope of the Belt and Road Initiative (BRI), which aims to connect Asia, Africa and Europe via roads and sea lanes, the railway is reducing the freight transportation time between China and Turkey from one month to 12 days thanks to the BTK railway line, while the whole route between East Asia and Western Europe takes 18 days with the integration of the Marmaray tunnel.

On the basis of cooperation between Turkey, Azerbaijan and Georgia within the scope of the BRI, the BTK railway line established a freight and passenger link between Europe and China and was launched in October 2017.