Airbus aims for zero-emission planes by 2035 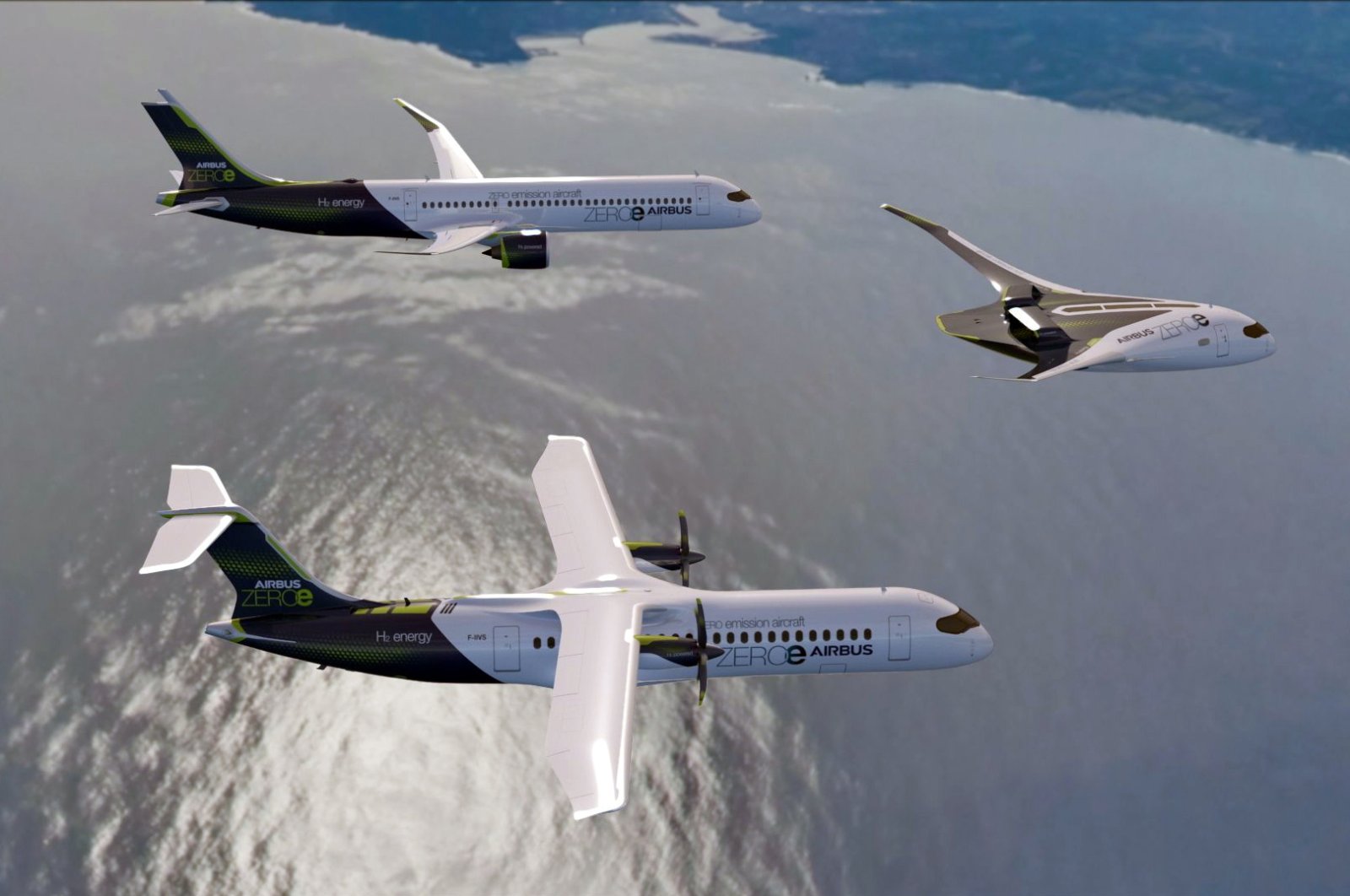 Hydrogen is a clean fuel, emitting only steam, but whether it is green depends on the carbon footprint of the fuels used to produce it.

"It is our ambition to become the first aircraft maker to enter such a plane into service in 2035," Faury told Le Parisien newspaper.

The development of decarbonized hydrogen fuel is a "priority axis of development" for airbus, he said.

The manufacturer has already been using hydrogen technology to power its satellites and the Ariane rocket.

Developing an aircraft that uses carbon-free fuel would not require "any major technological breakthrough," Faury said.

The production technology would, however, still need around five years to reach maturity, and suppliers and industrial sites would need another two to be ready, he said.

"We could therefore implement the program around 2028," he said.

“This is a historic moment for the commercial aviation sector as a whole and we intend to play a leading role in the most important transition this industry has ever seen. The concepts we unveil today offer the world a glimpse of our ambition to drive a bold vision for the future of zero-emission flight,” Faury also said in a press statement received by Daily Sabah.

“I strongly believe that the use of hydrogen​ - both in synthetic fuels and as a primary power source for commercial aircraft - has the potential to significantly reduce aviation's climate impact," he added.

Aviation generates up to three percent of the world's emissions of carbon dioxide, the main driver of climate change.

Hydrogen use would require some major design changes for aircraft, as the fuel requires about four times the storage space of kerosene for the same energy content.

The French government has earmarked 1.5 billion euros ($1.75 billion) for the development of carbon-free aircraft as part of a support plan for the aviation sector, which has been brought to its knees by the fallout from the coronavirus pandemic.

Overall, France is planning to invest 7 billion euros in the development of hydrogen solutions, with neighboring Germany setting aside 9 billion.