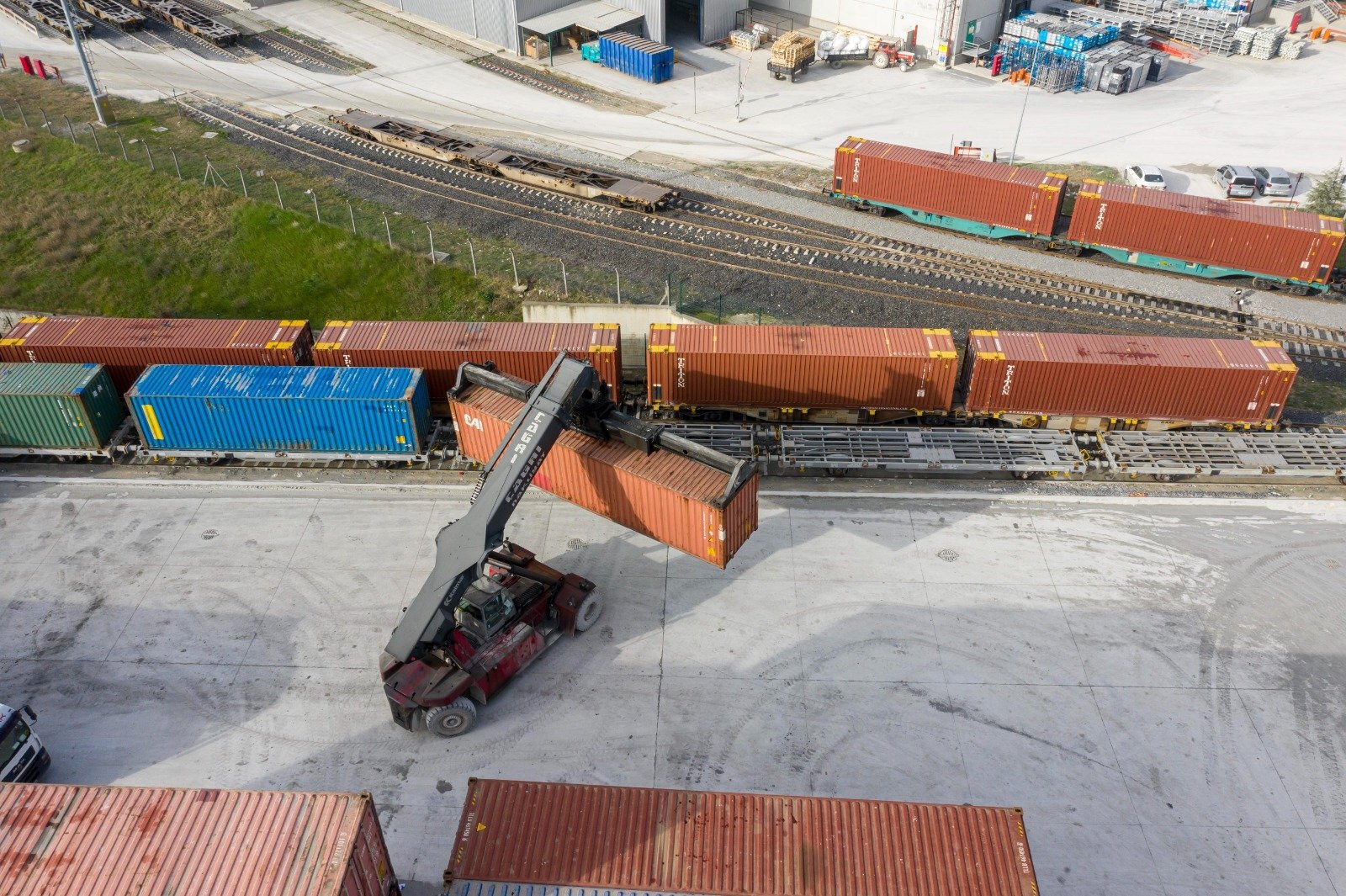 The Asian Infrastructure Investment Bank (AIIB) will provide a 300 million euro ($338 million) loan for the Ispartakule-Çerkezköy railway project in Turkey, which aims to increase rail transport safety, passenger and freight capacity and speed between Turkey and the European Union, the lender said in a statement Tuesday.

The project involves the construction of a new double-track, electrified high-speed railway between Ispartakule in Istanbul and Çerkezköy in northwestern Tekirdağ province.

The European Bank for Reconstruction and Development (EBRD) is already financing the project with a 150 million euro loan.

The railway project is part of the Halkalı-Kapıkule railway line, a strategic transport project that aims to strengthen economic relations, trade and transport in the regions of the Black Sea basin, the South Caucasus and Central Asia.

The project is also set to contribute to the reduction of greenhouse gas emissions as its design includes measures to minimize energy use and reduce fuel usage during both its construction and operation phases.

“The AIIB’s investment in the project is considered 100% climate mitigation financing and falls under the bank’s transport sector strategy. It is also aligned with the AIIB’s thematic priorities of connectivity, regional cooperation and green infrastructure,” said Supee Teravaninthorn, director-general of the Infrastructure Investment Department.

“We look forward to working with the Government of Turkey and the EBRD in support of developing high-quality and sustainable infrastructure across the region in order to further promote trade and economic growth and improve connectivity between Europe and Asia,” Teravaninthorn was cited as saying during the last week’s signing ceremony.

Serhat Köksal, acting director-general of foreign economic relations at Turkey’s Treasury and Finance Ministry also said that they “appreciate the AIIB's support and contribution in this project, which will provide Turkey's high standard railway connection with European countries with a safe, high-speed and clean connection for both freight and passengers.”

“It is also very important in terms of being the first public project financed by the AIIB and EBRD in the field of transportation. When the project is completed, it will be a major step that strengthens our country's position as a bridge between the East and West,” he said.

Yalçın Eyigün, director-general of infrastructure investments at the Transport and Infrastructure Ministry, for his part, noted that this particular railway line is part of the EU Trans-European Transport Network and Beijing to London “Silk Railway.”

“The project will provide safe, sustainable and low-carbon passenger and freight. The project will also promote the climate resilience of Turkey’s transport infrastructure by supporting the preparation and execution of engineering designs and construction approaches to develop infrastructure, thereby contributing to climate change adaptation goals regarding Turkey’s ratification of the Paris Agreement,” Eyigün said.

The line extends through the provinces of Edirne, Istanbul, Kırklareli and Tekirdağ.