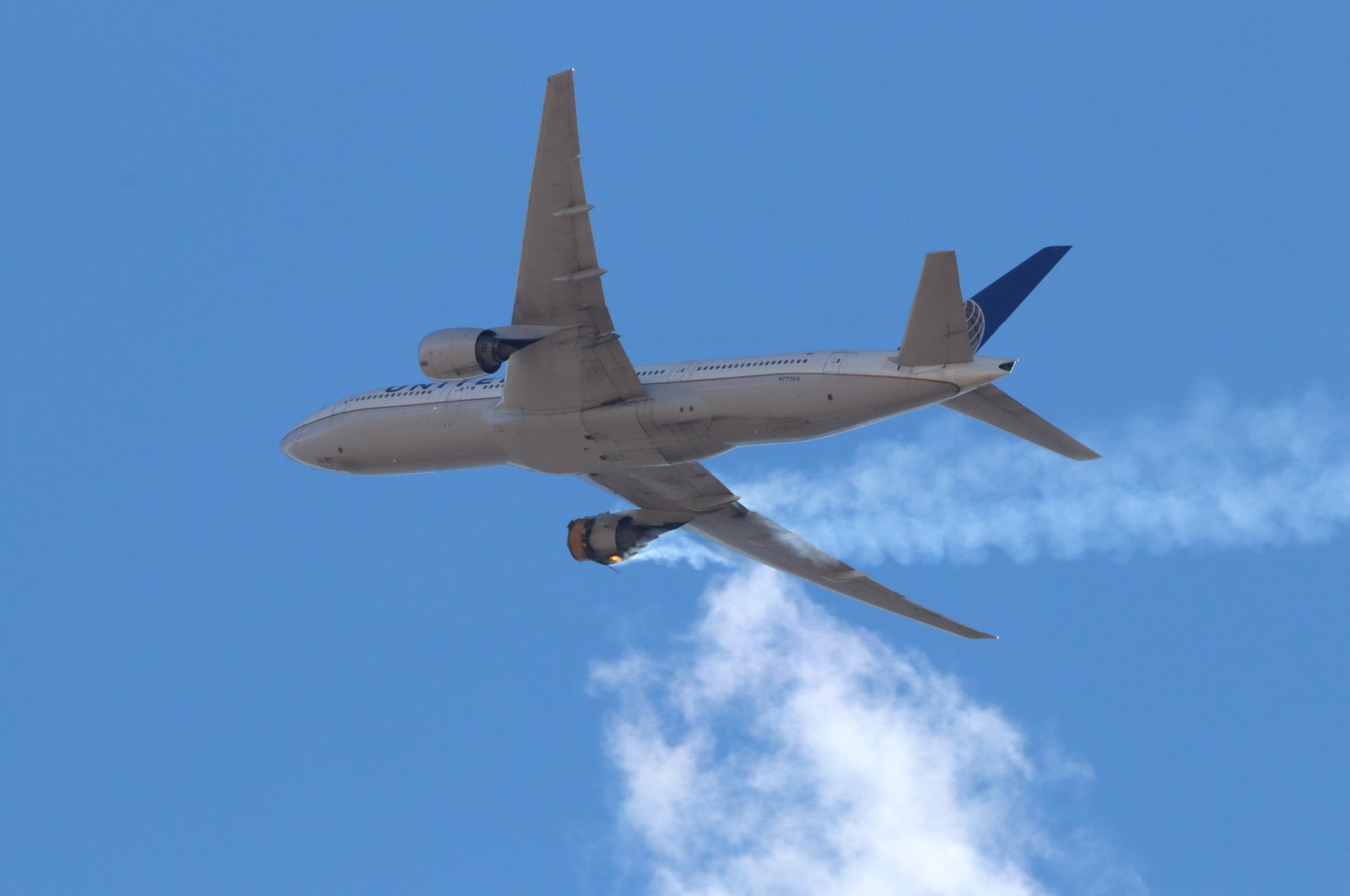 American aircraft maker Boeing on Monday called for the grounding of 128 of its 777 planes worldwide as U.S. regulators investigated a United Airlines flight whose engine caught fire and fell apart over a suburban American community.

United, Korean Air and Japan's two main airlines confirmed they had already suspended operations of 62 planes fitted with the same family of engine which scattered debris over Denver Saturday.

The U.S. National Transportation and Safety Board is also investigating the incident, in which no one was hurt.

Boeing warned similarly fitted planes should be taken out of service until the Federal Aviation Authority (FAA) had determined an inspection procedure.

"While the NTSB investigation is ongoing, we recommended suspending operations of the 69 in-service and 59 in-storage 777 aircraft powered by Pratt & Whitney 4000-112 engines," the company said.

Japan Airlines (JAL) and All Nippon Airways (ANA) said they had respectively grounded 13 and 19 planes using PW4000 engines but had avoided flight cancelations by using other aircraft.

The Japanese transport ministry said it had ordered stricter inspections of the engine after a JAL 777 plane flying from Haneda to Naha experienced trouble with "an engine in the same family" in December.

United said it had voluntarily removed 24 Boeing 777 planes from service and expected "only a small number of customers to be inconvenienced."

South Korea's transport ministry said it had no immediate plans to ground planes, adding it was monitoring the situation.

But Korean Air, the country's largest airline and flag carrier, said it had grounded all six of its Boeing 777s with PW4000 engines currently in operation.

"We have decided to ground all our PW 4000 powered 777s, and we expect the FAA's updated protocol soon," the company told Agence France-Presse (AFP) in an emailed statement.

The FAA earlier ordered extra inspections of some passenger jets.

Steve Dickson, the head of the regulator, said he had consulted with experts and that some airplanes would "likely" be removed from service.

"I have directed them to issue an Emergency Airworthiness Directive that would require immediate or stepped-up inspections of Boeing 777 airplanes equipped with certain Pratt & Whitney PW4000 engines," he said in a statement.

Dickson added that a preliminary safety data review pointed to a need for additional checks of the jet engine's fan blades, which were unique to the engine model and only used on 777 planes.

Officials from the FAA were meeting with Pratt & Whitney and Boeing representatives on Sunday evening, he added.

Flight UA328 had been headed from Denver to Honolulu when it experienced an engine failure shortly after departure.

Residents in the Denver suburb of Broomfield found large pieces of the plane scattered around their community.

No one on board or on the ground was injured.

But the engine failure marks a fresh blow for Boeing after several high-profile aviation accidents.

The manufacturer's 737 MAX was grounded worldwide in March 2019 after 346 people died in two crashes – the 2019 Lion Air disaster in Indonesia and an Ethiopian Airlines crash the following year.

Investigators said the main cause of both crashes was a faulty flight handling system known as the Maneuvering Characteristics Augmentation System (MCAS).

Boeing was forced to revamp the system and implement new pilot training protocols.

The 737 MAX was a big hit with airlines, becoming Boeing's fastest-selling aircraft until its grounding, which has now been lifted.

After the COVID-19 crisis decimated demand, airlines canceled hundreds of orders for the plane.