'We're in the sky!': Boeing 737 Max returns to sky with Brazil commercial flight 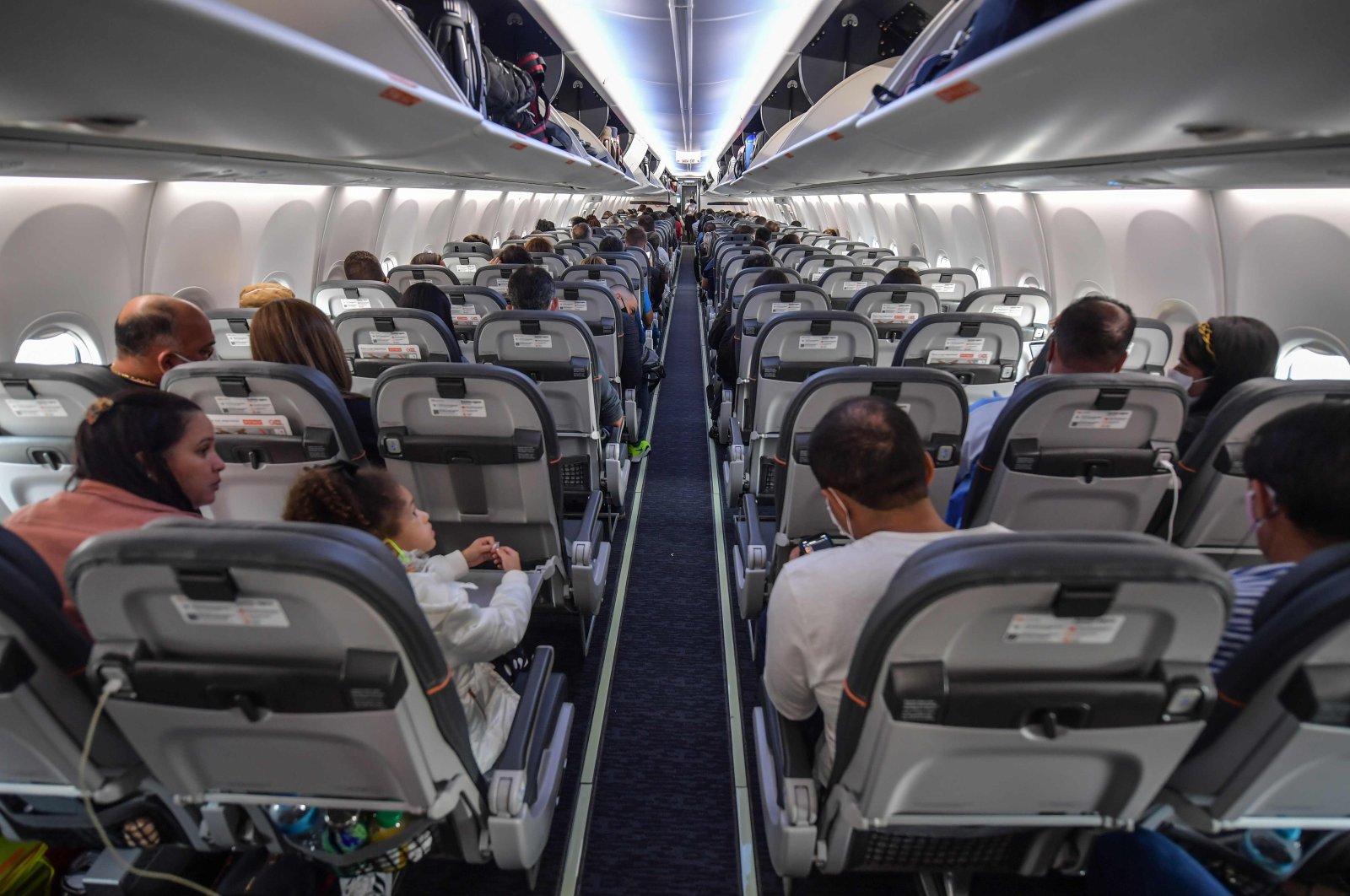 More than 20 months after it was grounded following two deadly crashes, Boeing's 737 Max returned to the skies Wednesday with a commercial flight in Brazil, said Agence France-Presse (AFP) journalists on board.

Low-cost airline Gol's Flight 4104 from Sao Paulo to the southern city of Porto Alegre took off using the revamped jet in a first that Boeing hopes will turn the page on a badly damaging crisis in the wake of the twin crashes.

Most passengers aboard the 88% booked and 90-minute flight took little notice of the model number painted on the plane's nose, and Gol made no fanfare for the occasion.

"Good to know," a passenger said when told by an AFP journalist that the flight would be the first to use the 737 Max since its worldwide grounding in March 2019.

"If it's here, that must mean it's safe, right?" said the man, who asked that his name not be used.

The pilot – one of 140 at Gol who received special updated training in the United States on the overhauled jet – flashed a thumbs-up from the cockpit window as passengers boarded the plane.

Gol, the first company to resume commercial flights with the now-overhauled jet, said it was fully confident in the safety upgrades and expanded pilot training program implemented by Boeing as part of aviation regulators' conditions to recertify the plane.

"For the past 20 months, we have been carrying out the most intensive safety review in the history of commercial aviation," Gol's vice president for operations, Celso Ferrer, said in a statement.

A Gol spokesperson told AFP that any passenger who did not feel comfortable flying on the 737 Max would be allowed to reschedule at no cost for up to 12 months from the date of purchase.

"Exceptional situations will be evaluated on a case-by-case basis," he said in an email.

Gol, the biggest domestic airline in Brazil, said it expected to have its full fleet of seven 737 Max planes back in the air by the end of the year.

The airline has also confirmed 95 firm orders for the 737 Max with Boeing, in addition to 20 more already in the U.S. awaiting delivery.

The Max was grounded in March 2019 after two crashes that together killed 346 people.

The fallout of the 2018 Lion Air and 2019 Ethiopian Airlines crashes plunged Boeing into crisis.

Investigators identified a principal cause of both crashes as a faulty flight handling system known as the Maneuvering Characteristics Augmentation System, or MCAS.

Meant to keep the plane from stalling as it ascends, the automated system instead forced the nose of the plane downward.

On Nov. 18, it approved the plane to return to service after the upgrades were put in place.

They are the only two aviation regulators to green-light the plane so far.

Crew on the Gol flight told AFP they were moved to be involved in such a key moment for the airline industry, which has been battered not only by the crisis at Boeing but by the upheaval of the coronavirus pandemic.

However, Gol stuck strictly to routine procedure aboard the plane, going through the preflight protocol with no mention of the noteworthiness of the occasion.

Passengers, who were all in face masks, did not appear to notice when the captain mentioned the plane's model number.

In these troubled times for global travel, however, there was still a moment of magic for at least one passenger.

"We're in the sky!" shouted a young child as the jet took off.