Britain comes to standstill amid biggest rail strike in 30 years 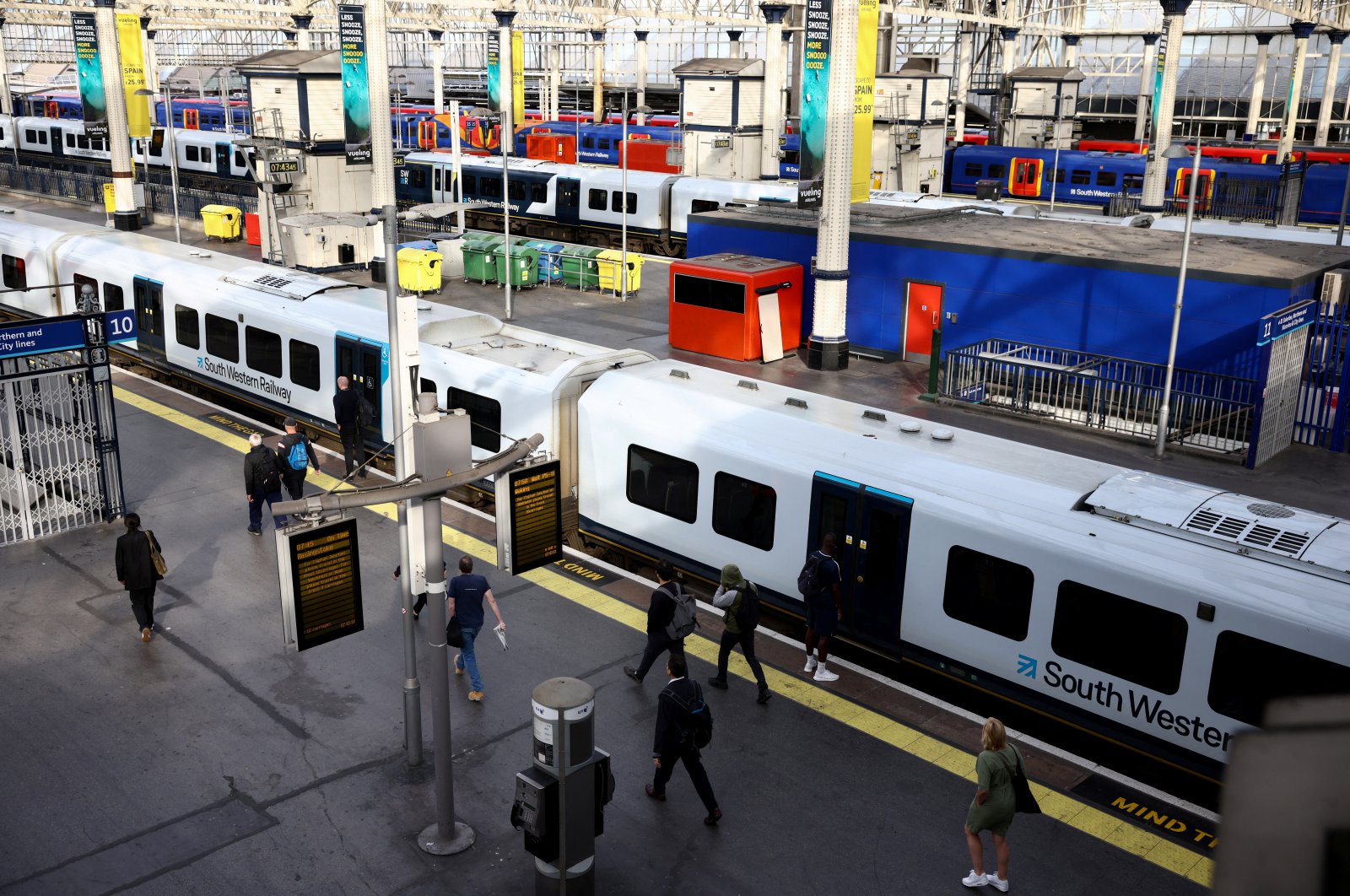 Tens of thousands of staff walked out on Tuesday to kick off Britain’s biggest rail strike in 30 years in a dispute over pay and jobs that could pave the way for widespread industrial action across the country in the coming months.

Some of more than 40,000 cleaners, signalers, maintenance workers and station staff gathered at picket lines from dawn, leaving the network at a standstill and major stations deserted.

Passengers were warned not to travel all week, with two more days of strike action scheduled for Thursday and Saturday wreaking havoc on schedules.

Compounding the pain for commuters, London Underground subway services were also hit by a separate walkout on Tuesday. Cab firms in London reported a surge in demand, while main roads were packed with buses and cars, and cyclists weaving in between.

Long queues formed at bus stops on the outskirts of London shortly after 6:00 a.m., but many gave up as services carried on without stopping, already full.

The dispute centers on pay, working conditions and job security as Britain’s railways struggle to recover from the coronavirus pandemic.

Major stations were largely deserted on Tuesday morning, with only about 20% of passenger trains scheduled to run.

Nurse manager Priya Govender was at London Bridge station, struggling to get back to her home south of the city.

“I definitely will not be able to get a bus because they are packed. I will have to get an Uber,” she told The Associated Press (AP). “My day has been horrible. It is going to be a long day and I still have a full day’s work to do.”

The strike was upending the plans of employees trying to get to work, students during exam season and music-lovers headed for the Glastonbury Festival, which starts Wednesday in southwest England.

“Fragile consumer confidence will take a further hit, thousands of people able and willing to spend money in hospitality venues across the country will be prevented from doing so, while staff will undoubtedly struggle to even get to work,” she said.

Prime Minister Boris Johnson, under pressure to do more to help British households facing the toughest economic hit in decades, said the industrial action would harm businesses as they continue to recover from the pandemic.

There were almost 1 billion train journeys in the U.K. in the year to March. But that is well below pre-COVID-19 levels, and train companies, which were kept afloat with government support during the past two years, are seeking to cut costs and staffing.

Last-minute talks on Monday failed to make a breakthrough. The Rail, Maritime and Transport Union (RMT) says it will not accept rail firms’ offer of a 3% raise, which is far below the rate of inflation, currently running at 9%.

The union accuses the Conservative government of refusing to give rail firms enough flexibility to offer a substantial pay increase.

The government says it is not involved in the talks, but has warned that big raises will spark a wage-price spiral driving inflation even higher.

Unions have said the rail strikes could mark the start of a “summer of discontent” with teachers, medics, waste disposal workers and even barristers moving toward industrial action as surging food and fuel prices push inflation towards 10%.

“They need job security, decent conditions and a square deal in general, if we can get that we won’t have to have the disruption in the British economy that we've got now and which may develop across the summer.”

Johnson accused unions of “harming the very people they claim to be helping” and called for “a sensible compromise for the good of the British people and the rail workforce.”

“By going ahead with these rail strikes, they are driving away commuters who ultimately support the jobs of rail workers, whilst also impacting businesses and communities across the country,” he will tell his cabinet on Tuesday, according to his office.

The government has faced criticism from opposition lawmakers for refusing to get involved in the talks to settle the dispute. Ministers say it is a matter for the unions to work out directly with rail employers.

A survey by pollsters YouGov earlier this month found public opinion on the strikes was divided, with around half of those questioned opposed to the action and just over a third saying they supported it.

Leo Rudolph, a 36-year-old lawyer who walked to work, said he would become more disgruntled the longer the dispute holds.

“This isn’t going to be an isolated occurrence, right?” he told Reuters. “I will certainly be getting more frustrated every time this happens.”

Britain’s economy initially rebounded strongly from the COVID-19 pandemic but a combination of labor shortages, supply chain disruption, inflation and post-Brexit trade problems has prompted warnings of a recession.

The government says it is giving extra support to millions of the poorest households but says above-inflation pay rises would damage the fundamentals of the economy.

“Sustained higher levels of inflation would have a far bigger impact on people’s pay packets in the long run, destroying savings and extending the difficulties we’re facing for longer,” Johnson said.

The outbreak of industrial action has drawn comparison with the 1970s, when Britain faced widespread labor strikes including the 1978-79 “winter of discontent.”

The number of British workers who are trade union members has roughly halved since the 1970s with walk outs much less common, in part due to changes made by former Conservative Prime Minister Margaret Thatcher to restrict trade union powers and make it more difficult to call a strike.

Transport Minister Grant Shapps said he “deplored” the strikes, which he said evoked the “bad old days of the 1970s.”

“The people that are hurting are people who physically need to turn up for work, maybe on lower pay, perhaps the cleaners in hospitals,” Shapps told Sky News.

“I absolutely deplore what they’re doing today and there is no excuse for taking people out on strike.”

He said the government would change the law as soon as possible to force train operators to deliver a minimum service on strike days, and allow other workers to temporarily replace those staff who have walked out.

“We are going to take steps to make sure this kind of thing is less damaging in future,” he added.

The strikes come as travelers at British airports experience chaotic delays and last-minute cancellations due to staff shortages, while many Britons have to wait months for new passports to arrive due to processing delays.