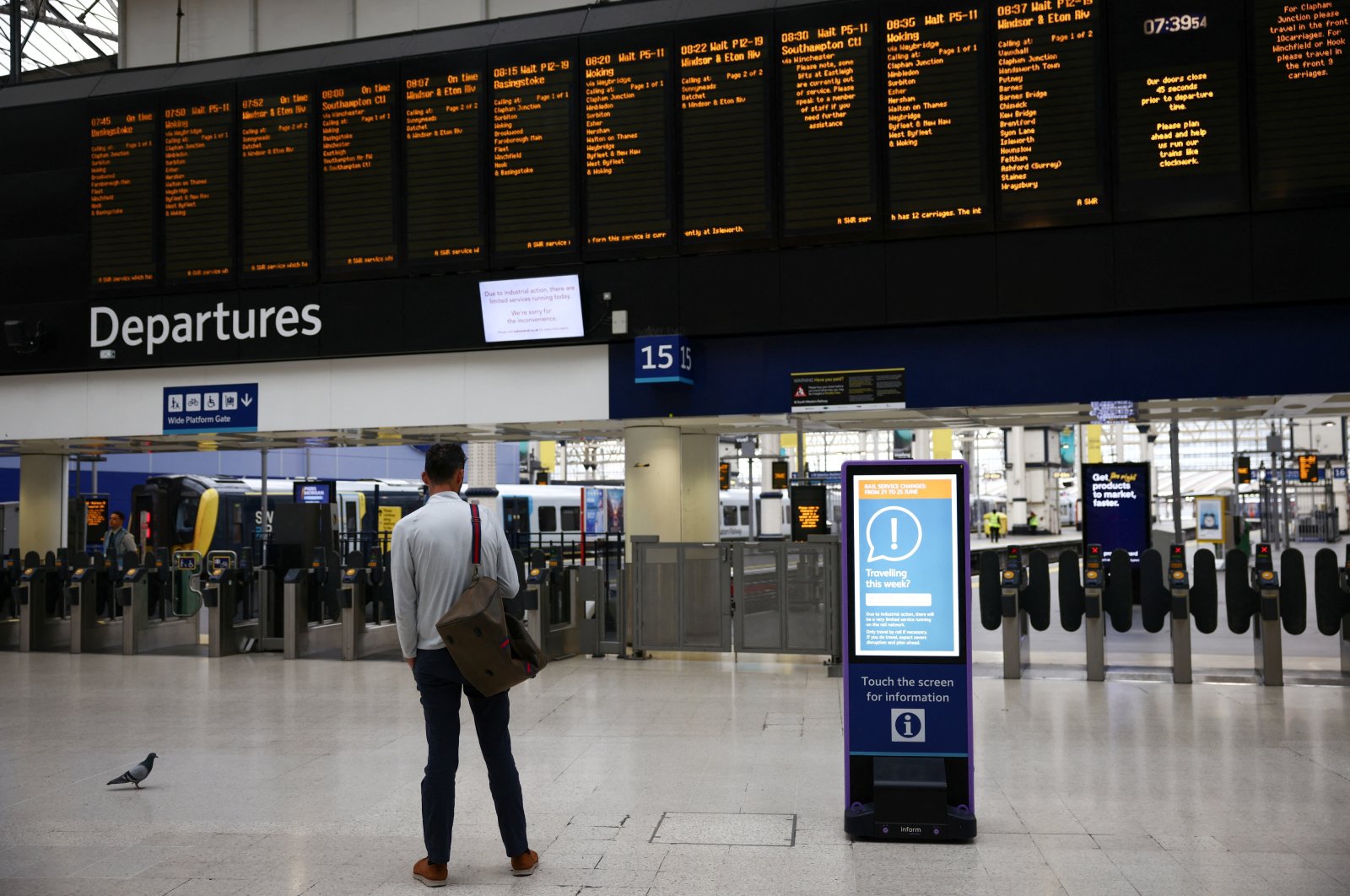 Travel on Britain’s railway system came to a halt again Thursday, as the second of three days of widespread strike action this week, billed as the biggest in decades, got underway.

Thousands of rail workers staged the latest daylong walkout over pay and working conditions, plunging commutes into chaos and forcing many people to stay home.

The actions came as union bosses, train operating firms and the government faced off over demands that workers’ pay increases keep pace with surging inflation.

Only around a fifth of services is set to operate on heavily reduced hours, with those still running starting much later in the morning than usual and ending as early as 6:30 p.m.

The third day of strikes is planned for Saturday.

With Britain suffering from rocketing inflation and stagnant economic growth, the industrial action – which could be mirrored by workers in other sectors over the summer – has echoes of the 1970s.

Then, the country was crippled by a wave of strikes across various industries while struggling with rampant price rises and non-existent growth, a toxic combination known as stagflation.

The RMT rail union insists this week's actions are necessary as wages have failed to keep pace with U.K. inflation, which has hit a 40-year high and is on course to keep rising.

It also wants the threat of compulsory redundancies withdrawn.

"The railways need to be properly funded by taxpayer money in order to keep them safe, efficient and properly maintained and updated," the union said on Twitter early Thursday, as its members picketed stations across the country.

But railway bosses, backed by the government, argue the industry needs to modernize and greater flexibility is needed over staff numbers as well as pay.

"We believe that once we work through with the reform, that we can hopefully accommodate everybody who wants to stay within the organization," Steve Montgomery, who chairs the Rail Delivery Group, which represents various operators of train services, told the BBC.

"So, we just need to get through the processes and see how many people are left, and hopefully, nobody requires to be made compulsorily redundant."

Talks this week to avert the work stoppages, which began Tuesday when more than 50,000 RMT members first walked out, have so far failed to break the deadlock.

Prime Minister Boris Johnson criticized the strikes earlier this week and urged what he called "union barons" to reach a deal with railway operators.

His Conservative government unveiled plans Thursday for temporary agency workers to be allowed to plug staffing gaps during industrial action.

It said the new legislation, which could come into force within weeks – in time for further possible strikes – will remove "burdensome" legal restrictions currently preventing such moves.

Unions and the main opposition Labor party have condemned the proposal as a "recipe for disaster," arguing the temporary workers will not be familiar enough with the railway system for it to operate safely.