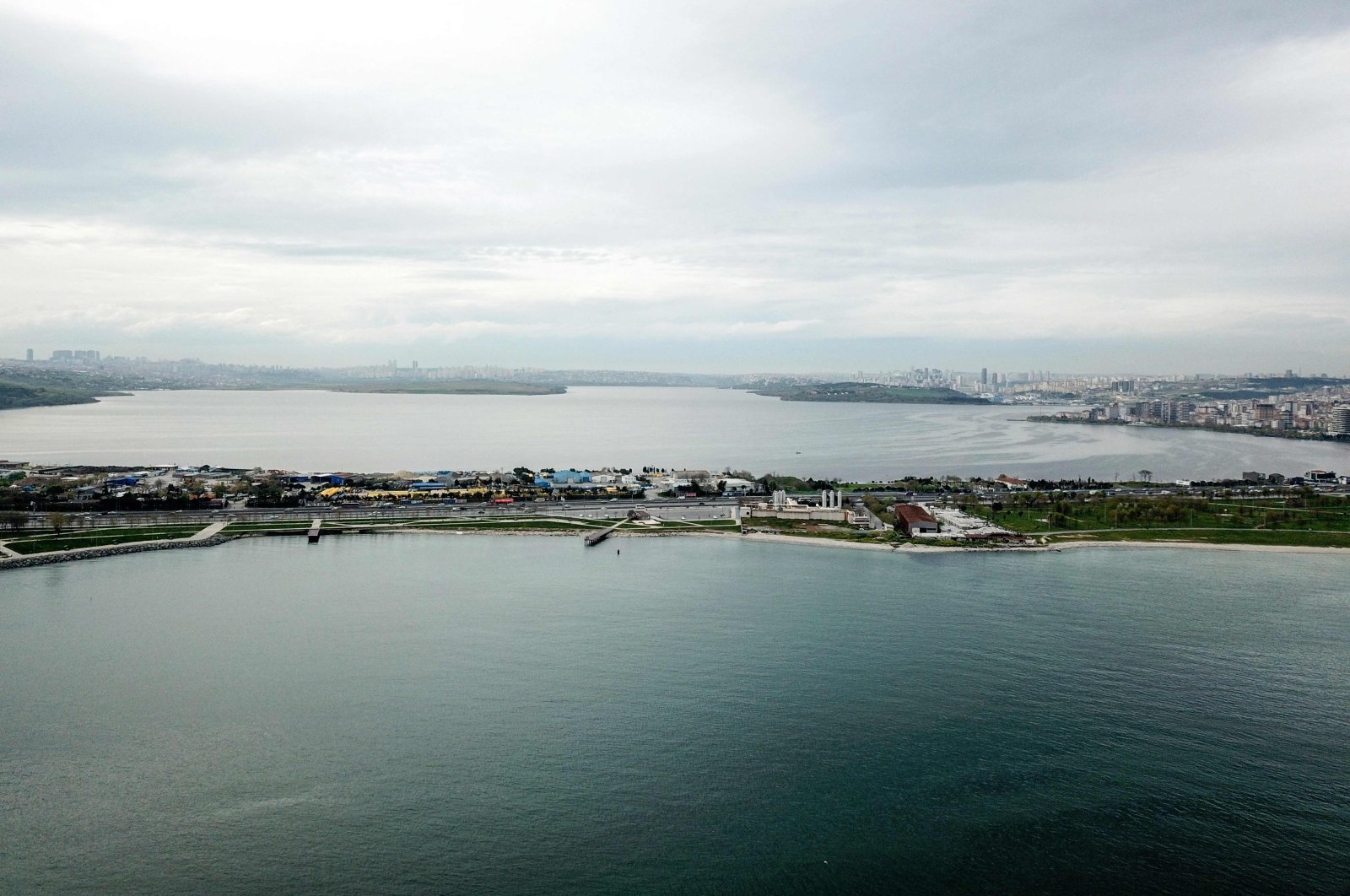 This aerial picture in Istanbul shows the planned mouth of the Kanal Istanbul at the Sea of Marmara, Turkey, April 23, 2021. (AFP Photo)
by DAILY SABAH Nov 02, 2021 2:06 pm
RECOMMENDED

Turkey is looking to adopt a “build and operate model” for its mega waterway project on the edge of Istanbul, a report Monday cited the country’s Infrastructure and Transportation Minister Adil Karaismailoğlu as saying.

The build-operate-transfer model that involves public-private partnership decreases the burden on the public budget and reduces costs, while the contractor operates the project for a specified amount of time and receives proceeds.

Many of Turkey’s mega-scale infrastructure projects, including highways, bridges, airports and hospitals, were executed through the alternative financing model.

The Kanal Istanbul is reportedly planned to be constructed with minimal spending by the government, while the builder will run it for a certain period and get the proceeds from vessel traffic.

Karaismailoğlu told an interview with Bloomberg News that authorities were in talks with interested companies from the Netherlands, Belgium, Russia and China for contracting work on the canal.

Intended to relieve pressure on the busy Bosporus strait, the $15 billion (TL 143.11 billion) canal project was launched in late June by President Recep Tayyip Erdoğan in a ceremony to lay the foundations of a bridge over the planned route.

The 45-kilometer (27.96-mile) long waterway, which will be built through Istanbul’s Küçükçekmece-Sazlıdere-Durusu corridor, will connect the Black Sea north of Istanbul to the Marmara Sea in the south.

It will boast a capacity of 160 vessels a day and is expected to create significant economic value by reducing transit periods and costs while at the same time providing a return through the collection of passage fees.

Erdoğan said the canal would take six years to complete.

The government says it is increasingly hazardous for tankers to wind their way between the Black Sea and the Sea of Marmara down the congested Bosporus, which divides the European and Asian halves of Istanbul, a city of more than 15 million people.

Already 43,000 ships pass through every year, far more than the 25,000 the government considers safe, causing longer and longer waiting times. By 2050, it is estimated that the number will rise to 78,000.

Karaismailoğlu reportedly said authorities are prioritizing a version of the “build and operate” model for the project, noting that full details of the financing framework will be determined “over the next few months.”

Critics have pointed to the project’s possible environmental effects on the Marmara Sea and the city itself through effects on water resources and a possible construction boom alongside the canal’s route.

In addition, the project's massive cost is also a point of contention with critics who argue that such funds could be diverted to various other issues of priority, including an urgent urban renewal drive pending ahead of a major earthquake expected to hit the city.