Renovation may curb Istanbul's risk of quake damage in 5 years 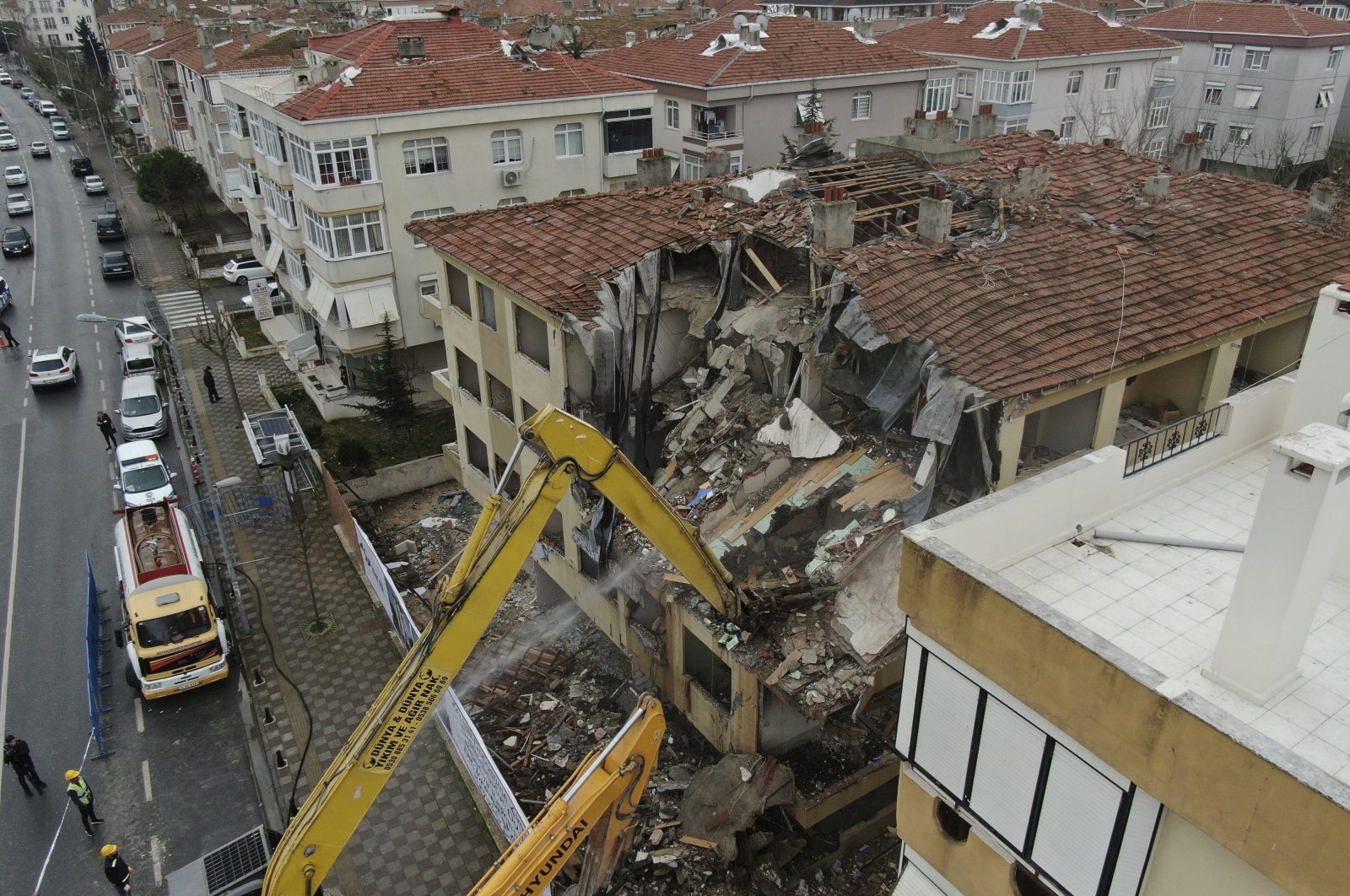 As Turkey’s most crowded metropolis braces for the possibility of a devastating earthquake, Environment and Urban Planning Minister Murat Kurum says potential damage could be minimized in five years by renovating unsafe buildings

It is not “if” but “when” as Istanbul prepares for the “big one,” an earthquake that is expected to hit much of the city’s coastal areas. Environment and Urban Planning Minister Murat Kurum told a parliamentary committee that they would need five years of hard work to renovate old buildings and demolish unsafe ones. If achieved, he said Istanbul may be able to stave off the risk of significant damage from a disaster.

With its population of more than 15 million people concentrated in a relatively small area, the city’s earthquake risk is higher than others in the Marmara region. In fact, much of Turkey is at risk since it is crisscrossed by a number of active fault lines. But experts say no other city faces as a grave a threat as Istanbul, with a highly active fault line running near the metropolis capable of generating a massive earthquake. As a result, predictions point to an earthquake of a magnitude of 7.0 or higher for the city in the near future.

“We are heading toward the big one from 'Little Doomsday,'” Kurum told a parliamentary inquiry committee on measures to be taken against earthquakes. He was referring to a 1509 earthquake in Istanbul that killed thousands. Kurum noted that the threat qualified as an “emergency” for the city and cited a tsunami threat for 17 districts if a big quake did occur.

According to figures by the ministry, Istanbul hosts some 1.5 million residences at potential risk. Kurum said 300,000 of them needed urgent “transformation.” Turkey pursues an ambitious, nationwide “urban transformation” project that involves the demolition of old, often unsafe buildings and replacing them with new buildings able to endure high-magnitude earthquakes.

Figures also show, since 2000, only 273,000 buildings in Istanbul have been built in line with new regulations that improved standards for resistance to disasters. Kurum said 117,000 residences are currently being “transformed” in 35,000 buildings in 68 risky areas across Istanbul.

The European side of Istanbul, which is more populated and closer to fault lines, is expected to be hit harder in an earthquake. Minister Kurum noted that older settlements in Istanbul in particular with haphazard zoning plans due to a migration boom decades ago are especially under threat. "These places lacked inspections and are the result of a mindset that prioritized having somewhere to reside over safety concerns."

Kurum singled out Silivri, Büyükçekmece, Küçükçekmece, Bakırköy, Zeytinburnu and Fatih districts on the European side and the Maltepe, Kartal and Tuzla districts, as well as the coastal parts of Kadıköy on the Asian side as the riskiest locations due to their proximity to fault lines. But he underlined that the ground should be examined for risk in districts further from fault lines as well, namely districts in the northern parts of the city. He also said that Turkey overall had about 6.7 million precarious buildings that may not endure a major earthquake.

According to a report by the Urban Transformation and Urban Development Foundation (KENTSEV), Istanbul is home to 263,000 buildings constructed before 1980 that could potentially collapse or be damaged. Fatih, one of the oldest districts of the city, has 32,000 such buildings while neighboring Beyoğlu has 17,000 old buildings. The report released earlier this year points out that some 3.1 million people reside in these buildings.

Last year, Istanbul Metropolitan Municipality (IBB) had announced that 48,000 buildings would either collapse or be heavily damaged in an earthquake with a magnitude of 7.5 and that 194,000 buildings would suffer “medium” or slightly higher damage. Istanbul was last rocked by a 5.8 magnitude earthquake in September 2019, which inflicted relatively minor damage to buildings but was large enough to send people to the streets. IBB's Istanbul Statistics Office says in its report that emergency and relief flow to the city may be hindered in the event of a large-scale earthquake, shutting down at least 30% of the roads. The report’s projections estimate at least TL 120 billion ($14 billion) in economic loss for the city which is Turkey’s main financial hub. If the earthquake were to occur at night it would inflict a larger number of fatalities, the report says.

In a bid to prevent further damage due to human error, the Ministry of Environment and Urban Planning plans to implement a Building Identity System to regularly inspect buildings for illegal modifications that may aggravate damage from an earthquake. The system aims to prevent practices like converting buildings’ basements into residential floors, the illegal addition of extra floors and cutting supporting columns, a controversial practice used to expand space in buildings. The system will assign an “ID” to each building with a QR code and RFID chip to examine the safety of the premises. Residents will be able to check whether their building is safe and what materials are used in its construction.