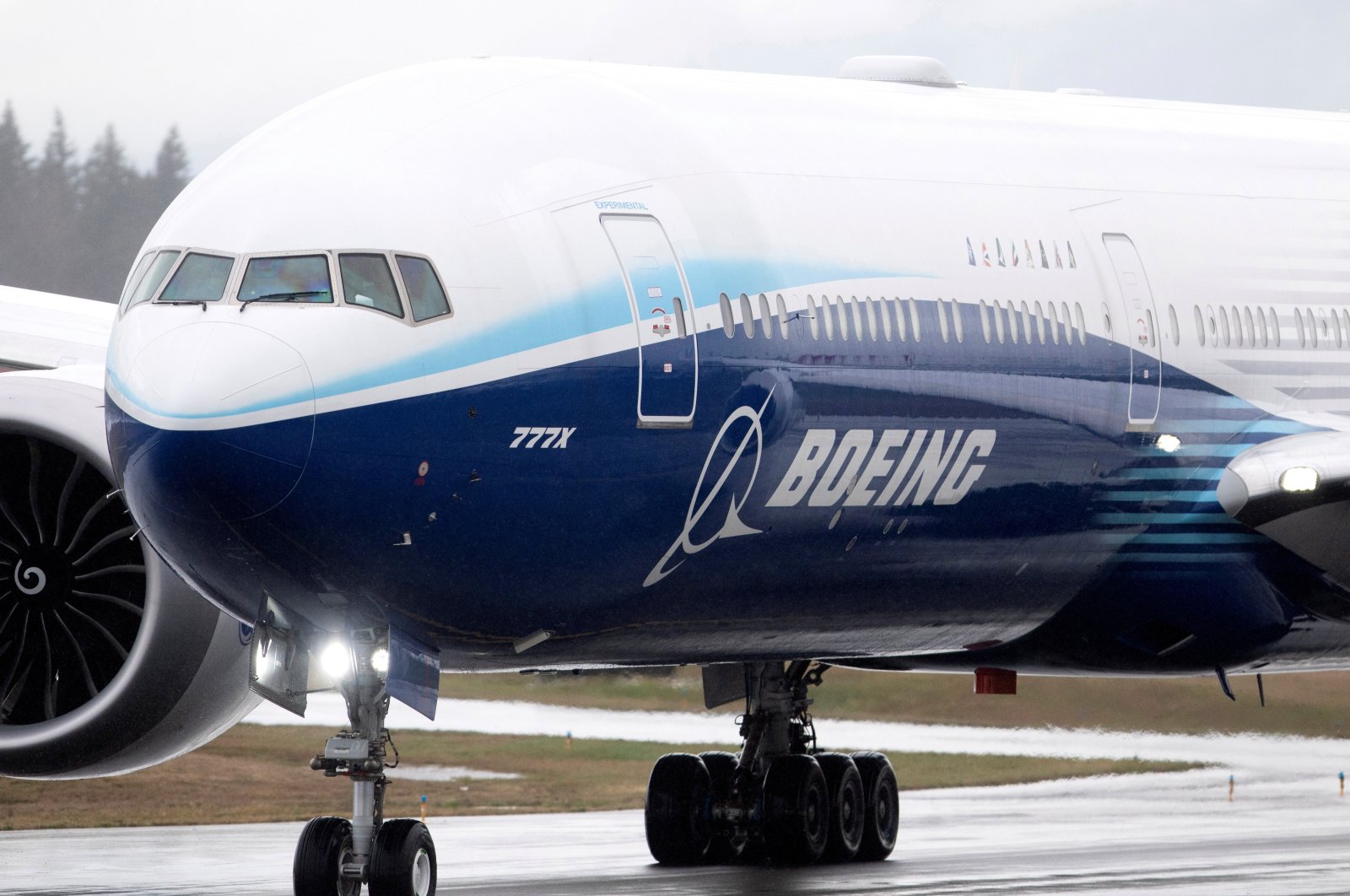 Boeing's 777X long-haul aircraft has been experiencing frustrating delays over certification which have ended up costing billions, riling up, in particular, the top customer Emirates, however, the United States-based manufacturer is banking on the model as air traffic rebounds.

While still in its testing phase, the world's largest passenger jet flew for the first time outside the United States this week at a major air show in the United Arab Emirates (UAE).

The blue and white twin-engine aircraft took to the sky, demonstrating sharp turns and rapid ascents at the Dubai Airshow, the industry's first large gathering since COVID-19 clipped its wings last year.

It is no coincidence that its first international flight was to Dubai, home to aviation giant Emirates which has ordered 115 of the aircraft.

The Gulf region, with orders from Qatar Airways and Abu Dhabi's Etihad carrier, accounts for two-thirds of the 320 orders placed since the aircraft's unveiling in 2013.

But Boeing announced in July that it had spotted additional problems near the nose of the plane and was working to fix them.

A delay for the first deliveries of its new wide-body 777X plane is costing the company $6.5 billion.

"Boeing has shifted the certification to July 2023 and we had a contracted delivery position for June 2020," Emirates' president Tim Clark told reporters at the five-day event.

"It's anybody's guess as to whether or not they will achieve that."

The delay has cost Emirates millions of dollars as they upgrade old aircraft to retain them longer.

"To restore our network, we need all our aircraft and we cannot allow manufacturers to slow us down," Clark said.

Boeing this week had sought to reassure its main customer on the aircraft's progress to obtain the certification for commercial use.

"We're sitting at about 600 flight tests or 1,700 hours, its performance is coming out very well," Boeing's senior vice president of commercial sales and marketing, Ihssane Mounir, said last week before the air show.

Two crashes of Boeing's narrow-body 737 MAX aircraft, which left 346 people dead and grounded the fleet for 20 months, revealed flaws in the design and in the certification process.

It returned to the skies last year after a rigorous process to be re-certified by the U.S. Federal Aviation Administration.

"The accidents caused us to reflect on development programmes and what we do," Boeing's vice president of commercial services, Mike Fleming, said at the air show this week.

"We're taking those lessons learned on the MAX and extending those on the next development programmes."

Boeing also says that the newest version of planes can save 20% on fuel, reducing the carbon emissions which contribute to global warming.

The aircraft's entry into the market at the end of 2023 would come at a time when the industry is expected to have overcome its COVID-induced slowdown.

"We tend to see a three-stage recovery, with the wide-body demand being the last to come back, returning in approximately 2024," said Boeing's director of product marketing, Tom Sanderson, during a virtual briefing before the air show.

"We're starting to get into what we sometimes refer in industry as a replacement wave, a lot of large wide-body aircraft are going to begin to retire and we'll continue to see growth in the number of retirements well into the 2030s."

Global air traffic has started to bounce back from the worst of its pandemic decline, though in October it was still around half the level before the global health crisis idled aircraft.

But according to the International Air Transport Association, global traffic is expected to double by 2050 from its pre-pandemic levels, with Boeing saying they expect approximately 7,700 new wide-body aircraft will be needed by 2040.