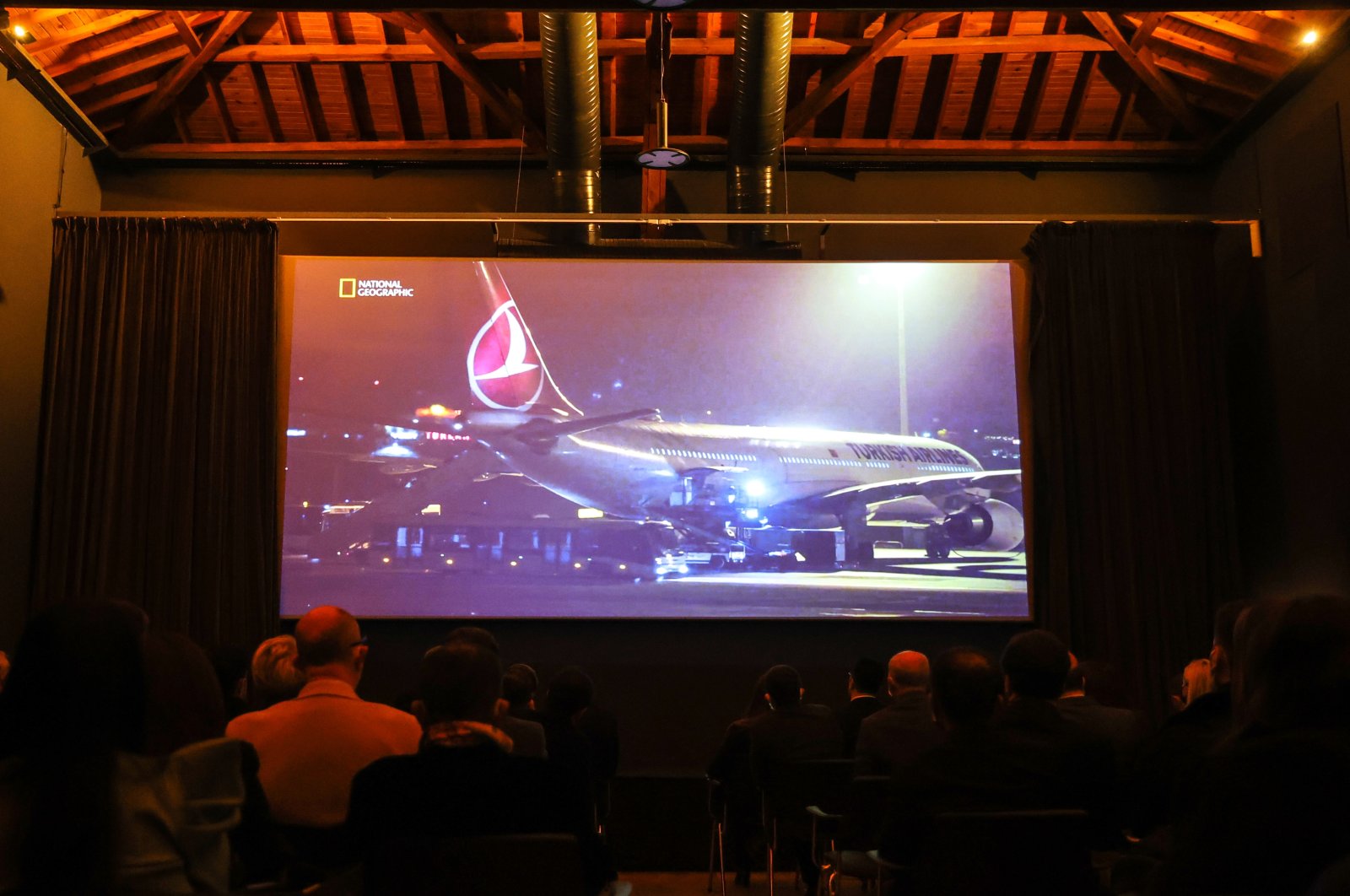 Aviation enthusiasts will soon learn all the features of the Turkish national flag carrier’s mammoth switch to its new home, Istanbul Airport, through a documentary scheduled to be aired this weekend that details the massive logistics transfer two years ago.

Dubbed the greatest transfer in aviation history, Turkish Airlines’ (THY) transfer from its old base, Atatürk Airport, back in April 2019 was filmed and turned into a documentary, which is set to be aired for the first time on National Geographic on Sunday.

Aviation enthusiasts will have an opportunity to see how more than 1,000 trucks and vehicles ferried around 12,000 pieces of equipment weighing over 47,000 tons in only 12 hours, from an aircraft-towing apparatus weighing 44 tons to extremely sensitive materials, across Istanbul to the giant airport, which Turkey plans to make the biggest in the world. More than 5,000 workers participated in the operation.

The premiere of “The Great Move” was held in Istanbul on Wednesday, attended by officials and industry executives.

Initially scheduled to last 45 hours, the shift to Istanbul Airport on April 6, 2019, was completed in a record time of around 32 hours.

"There is no example of a move of this scale in the world," said Ilker Aycı, chairperson of THY.

"This move, which is one of the turning points not only for our country but also for global civil aviation, required the highest level of diligence, professionalism and impeccable planning. We knew that every moment of this operation would be valuable and a guide to the future. For this reason, we have collaborated with National Geographic to eternize these moments,” Aycı said at the premiere.

"Now it’s time to hit the screen with millions of people and watch this pride story," he added.

The $12 billion Istanbul Airport was declared open in late October of 2018, before becoming fully operational right after THY’s mammoth transfer.

The airport can handle 90 million passengers a year in the current phase, which, while it is a high figure, is nothing compared to its potential capacity to serve 200 million after the completion of all phases, making it the world’s largest.

All four phases of the airport’s construction and expansion, including six runways, are expected to be completed by 2028.

Istanbul Airport and Turkish Airlines both ended 2021 as leaders in Europe, said Aycı, stressing that the company suffered the least loss in its income amongst all global carriers, despite all the fallout from the coronavirus pandemic that disrupted global travel.

“I’ll tell you this much; we closed last year even ahead of 2019,” he noted, without providing any details.

“We have turned into one of the five biggest airline companies in the world,” Aycı added.

Indeed, the carrier’s rise and development meant it no longer fit into its shell at Atatürk Airport, home to the company’s 86-year history.

The civil aviation adventure undertaken at Atatürk Airport, which was commissioned in 1953, was a major success, according to Aycı.

It was one of the busiest airports in Europe. The airport has transitioned to other uses such as training activities, aviation fairs and civil use, while some parts are to be transformed into a public park.