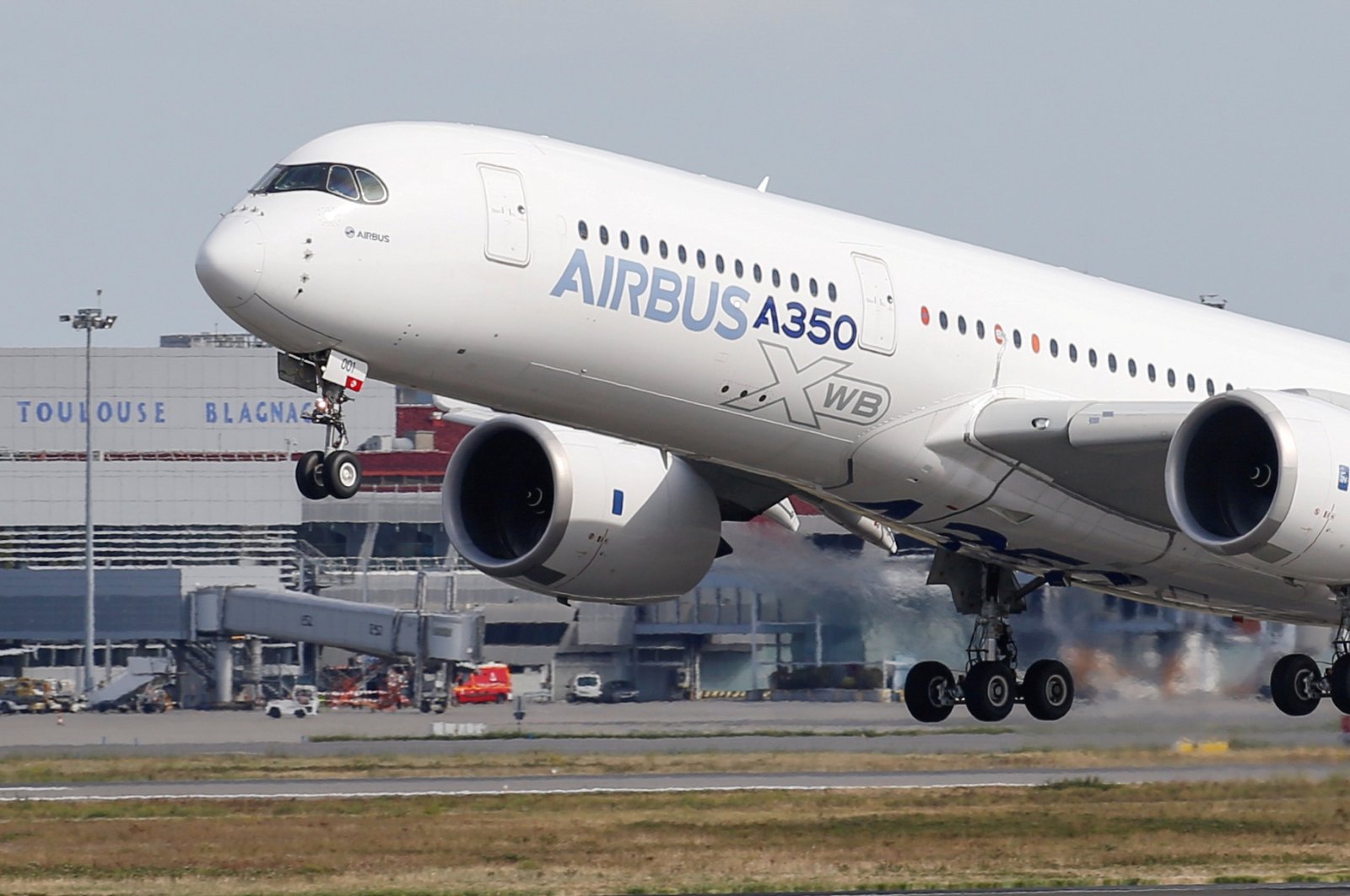 The European Union called Friday on the United States to lift tariffs imposed in a long-running dispute over aircraft subsidies after Airbus said it had brought itself into compliance with World Trade Organization (WTO) rulings.

The billions of dollars in tariffs, which apply to a wide range of food and agricultural goods in addition to planes, have been even more burdensome due to the economic disruption caused by the coronavirus pandemic.

Airbus said Friday it had reached an agreement with the French and Spanish governments that raises the interest rates on funds provided to help develop its long-haul A350 jet to levels the WTO considers appropriate.

The European Commission said this removes any grounds for the U.S. to maintain tariffs imposed on EU exports under WTO rulings as well as making a strong case for a rapid settlement of the dispute.

"Unjustified tariffs on European products are not acceptable and, arising from the compliance in the Airbus case, we insist that the United States lifts these unjustified tariffs immediately," EU trade commissioner Phil Hogan said in a statement.

An epic legal battle between Airbus and Boeing at the WTO began in 2004 when Washington accused Britain, France, Germany and Spain of providing illegal subsidies and grants to support the production of a range of Airbus products.

A year later, the EU alleged that Boeing had received $19.1 billion worth of prohibited subsidies from 1989 to 2006 from various branches of the U.S. government.

The two cases were then tangled up in a legal quagmire, with each side being given partial vindication after a long series of appeals and counter appeals.

Washington then slapped 25% tariffs on a number of EU goods including wine, cheese and olives.

A 10% tariff on Airbus planes was increased to 15% in March, which also affects U.S. airlines which buy Airbus aircraft, as the manufacturer points out.

In June the U.S. threatened to levy tariffs on another $3.1 billion in EU goods as it has been authorized to do under a WTO ruling.

Airbus said the impact of those tariffs plus the coronavirus pandemic were the reason it was making the effort to resolve the dispute.

"The tariffs imposed by the United States Trade Representative (U.S.TR) are currently harming all targeted industry sectors, including U.S. airlines, and are adding to a very difficult environment as a consequence of the COVID-19 crisis," the firm said.

Airbus said Friday that it "considers itself in complete compliance with all WTO rulings" after increasing the interest rate paid on the government funds it received.

The low interest rates on these funds were one of the arguments the U.S. made that the EU was improperly subsidizing Airbus.

"After 16 years of litigation at the World Trade Organization, this is the final step to stop the long-standing dispute and removes any justification for U.S. tariffs," said Airbus.

In addition to there no longer being a justification for the tariffs, the EU believes that in light of the global recession triggered by the coronavirus pandemic it makes sense to resolve the dispute.

"Especially under the current economic circumstances, the EU believes that it is in the mutual interest of the EU and the U.S. to discontinue damaging tariffs that unnecessarily burden our industries and agricultural sectors," the Commission statement said.

Hogan noted a WTO decision is expected soon that could give the EU the right to impose tariffs against the U.S.

"In the absence of a settlement, the EU will be ready to fully avail itself of its own sanction rights," he warned.