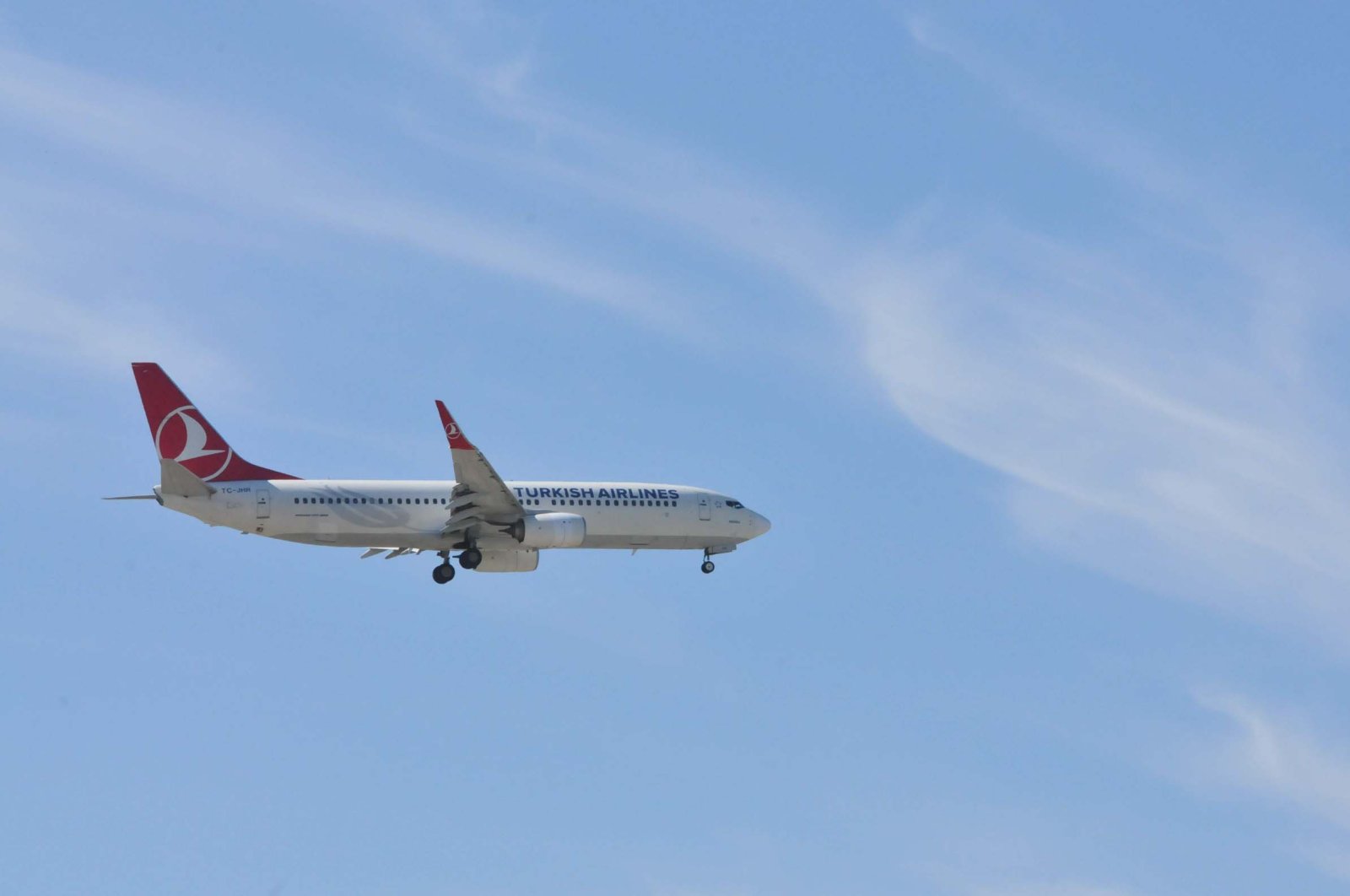 Flight traffic across Europe fell by 2.6% year-on-year in February due to the coronavirus pandemic. Meanwhile, Turkey’s flag carrier Turkish Airlines (THY) ranked third with 1,193 flights among the top 50 airlines still conducting flights.

Among the 50 airports with the highest flight traffic, Istanbul Airport – a mega airport located on the city’s European side – became sixth with 540 daily flights, and Sabiha Gökçen Airport on the city’s Anatolian side ranked 15th with 296 flights daily.

Airlines are one of the sectors most negatively affected by the pandemic as many countries have halted flights in a bid to prevent the spread of the virus. Various countries in Europe, which is now the epicenter of the pandemic that initially emerged in China late last year, have locked down cities, limited free movement and closed the borders.

In February, China-Europe flight traffic decreased by 61% compared to the same month of the previous year, according to an Anadolu Agency (AA) report published Thursday, which cited data from the Air Navigation Safety Agency (EUROCONTROL).

There was also a 19.9% decrease in reciprocal flights with Hong Kong, and 16.4% in flights between Europe and Iran as well.

The report revealed that in terms of the countries that are most affected by the halting of flights with China, the biggest decrease was seen in flights with Germany with 19%. Germany was followed by the U.K. with 15%, France with 14% and Italy with an 11% decrease in flight traffic.

Turkey is also one of the countries that saw a decrease in flight traffic with China, as well as with the Middle East.

Airline industry may not survive without state aid

Meanwhile, considering the negative developments facing airline companies, Germany’s Lufthansa said the airline industry may not survive without state aid if the coronavirus pandemic lasts for a long time, as it throws everything at bringing home stranded travelers and keeping industrial supply chains open.

The airline group has slashed capacity, proposed short-time working and suspended its dividend, saying it was impossible to forecast the impact of coronavirus on profitability.

The desperate outlook came as airline turmoil deepened on Thursday, with Australia's Qantas Airways Ltd. telling most of its 30,000 employees to take leave and India preparing a $1.6 billion rescue package to aid carriers.

"The spread of the coronavirus has placed the entire global economy and our company as well in an unprecedented state of emergency," CEO Carsten Spohr said in a statement. "At present, no one can foresee the consequences."

Lufthansa, which also owns Swiss International, Austrian Airlines and Brussels Airlines, has carried out and planned 140 relief flights to repatriate stranded citizens in what has been described as the biggest operation of its kind.

"In addition, we are doing our utmost to help ensure that supply chains for many thousands of businesses do not break down by mobilizing additional capacity for air freight transport," said Spohr.

Lufthansa has already held talks with the German government on providing liquidity, including through special loans from state development bank KfW.

"The longer this crisis lasts, the more likely it is that the future of aviation cannot be guaranteed without state aid," said Spohr.

Around 700 of Lufthansa Group's 763 aircraft will be temporarily parked. Some passenger planes may be redeployed to shift freight.