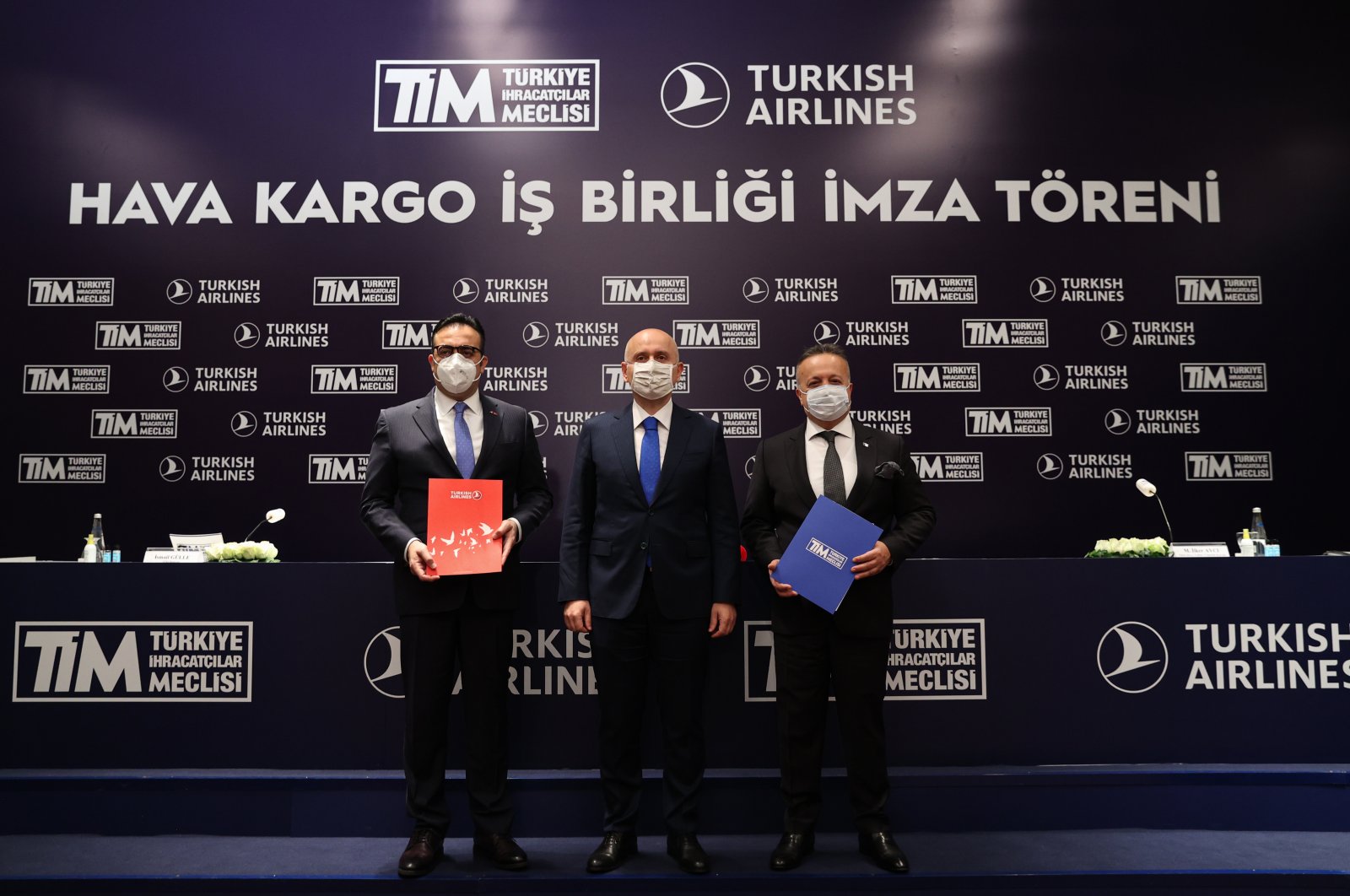 Speaking at the protocol's launch ceremony, which was held at TIM’s Foreign Trade Complex, THY Chairperson Ilker Aycı said the airliner company will offer a total capacity of 75,000 tons with discount rates changing between 10% to 30% for exporters as of the end of March. This includes 28 destinations that were determined as strategically important in a survey conducted among exporters led by the TIM.

Pointing out that if the additional capacity that was allocated to the exporters can be fully utilized, Aycı said it will become possible to reach an additional export income of approximately $5 billion from high added value export products. “We fully believe that our exporters will further increase their competitive power with this campaign, which covers four continents and extends from the United States to Hong Kong in the east, Malaysia, India in the south and Norway at the farthest north,” he added.

“We, as Turkish Cargo, will continue to increase the opportunities and capabilities of our exporters, to be a reliable logistics partner and to play a facilitating role in global commercial activities, as we do today,” Aycı said.

He also stated that THY’s air cargo subsidiary has achieved prominent success even during the challenging COVID-19 period, which is considered one of the most important pillars of the logistics sector.

Aycı reiterated that Turkish Cargo, which constantly carries medicine, medical supplies, masks, medical equipment, humanitarian aid and food to all over the world, even during these challenging times, was awarded the "Best air cargo in Europe" brand last month.

The THY chair went on to say that as a result of various campaigns conducted with the country’s export councils in the past three years, a total export increase from 40% to 105% on a product basis was achieved.

“We all have observed with pleasure that our exports to countries have increased with each new flight point opened by Turkish Cargo. We ensure that Turkish exporters open up to new markets and develop businesses in existing markets, export products are transported directly and in the fastest way without the need for transfer flights,” he said.

Aycı also said, with awareness and motivation for this mission, “as a result of the steps we have taken in recent years, as Turkish Cargo, we have become the air cargo company that flies to the most international destinations in the world as a cargo liner” and it is the same for THY’s passenger transportation.

The number of destinations Turkish Cargo reaches with cargo planes has increased from 55 to 95 points in the last four years, in addition to cargo transportation conducted via passenger planes.

“This is by far the largest transportation network in the world where an airline flies,” Aycı said.

He added that now the company is “in the process of making maximum use of the unique market access opportunities that this most widespread global network provides to our exporters, completing the missing information on this subject, completing a training process, and explaining and training all our exporters more closely how to use air cargo with more effective, appropriate and reasonable pricing.”