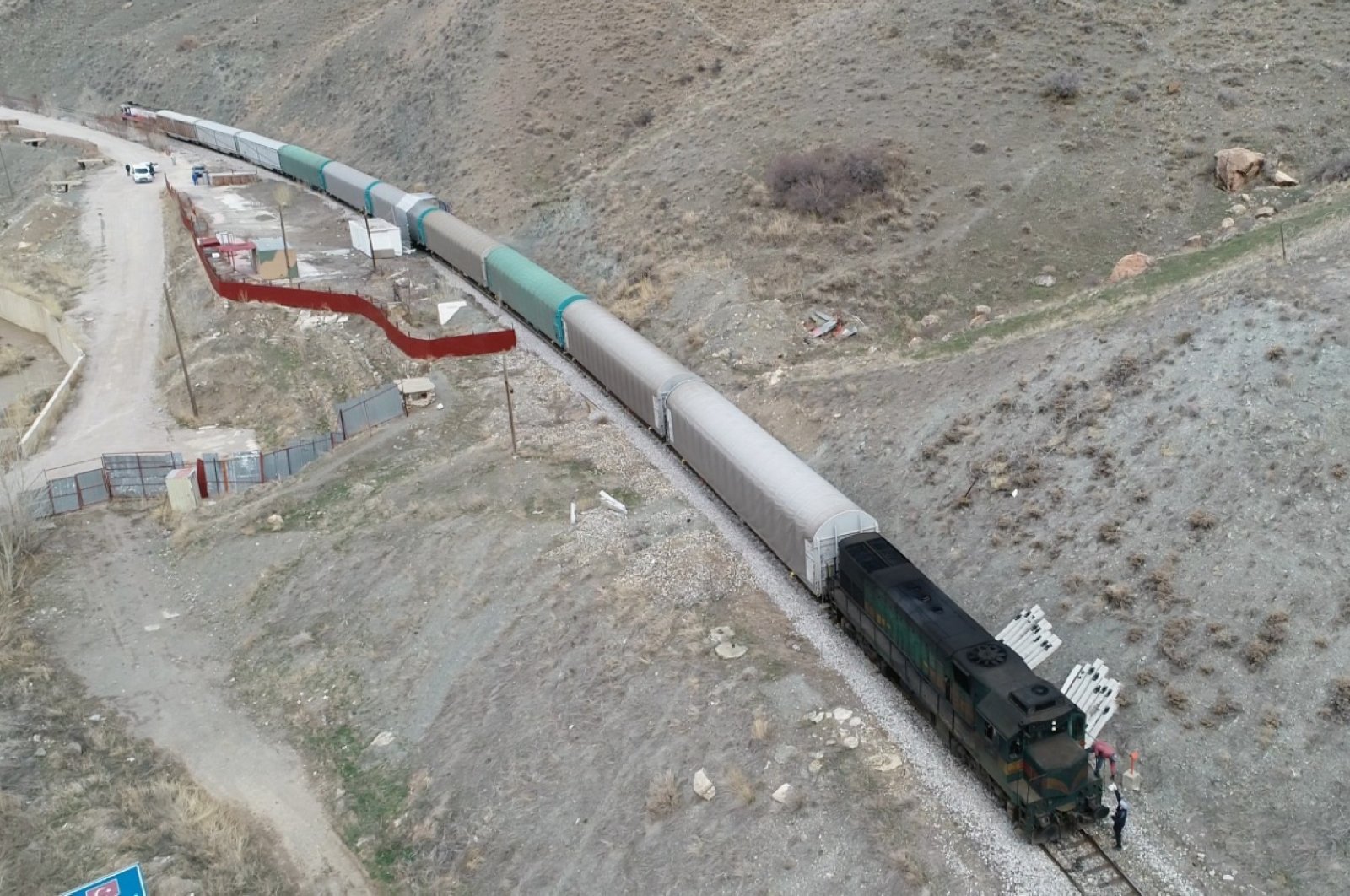 Export transportation by railway, which was initiated as "contactless trade" in line with measures taken to prevent the spread of the pandemic, increased by nearly 100% in March in Turkey. Truck transportation problems occurred and peaked with the worsening of the coronavirus crisis, which limited exports by those vehicles at border gates, shifting demand in freight transport from trucks to trains.

Turkey has closed some of its borders, such as those with Iran, to passenger vehicles and trucks, while others are still open with limitations.

Meanwhile, the growing demand for railway transportation has tripled the freight volume on some lines. To meet the high demand, Turkey's transportation ministry announced earlier Wednesday that they are started to use passenger trains for freight transportation as well. Rail transport allows the supply chain for exports to move without disruption, while also enabling more contactless commerce, helping ensure public safety.

Ercan Güleç, head of the Railway Transport Association (DTD), told Turkish daily Dünya that train transportation to the Middle East and along the Baku-Tbilisi-Kars Railway (BTK) gained momentum during this time. “One of the necessities of logistics is the railway. This process once again reminds us that our stations should be connected to production and consumption centers,” he said.

Erkeskin said, “This once again showed us that we need all modes of transport and all of them must have a balanced share in the system,” adding that railway transportation was one of the less occupied systems in Turkey, but now “it is the type of transportation we need today the most.”

He said the railway is one of the most important elements in sustaining the country’s exports to the Middle East and the Caucasus, in addition to southeastern Europe and Central Europe, urging for further investment in both public and private sectors.

Railway transportation can carry 40 truckloads of freight in a single trip with only two machinists, significantly decreasing person-to-person contact, according to sector representatives.