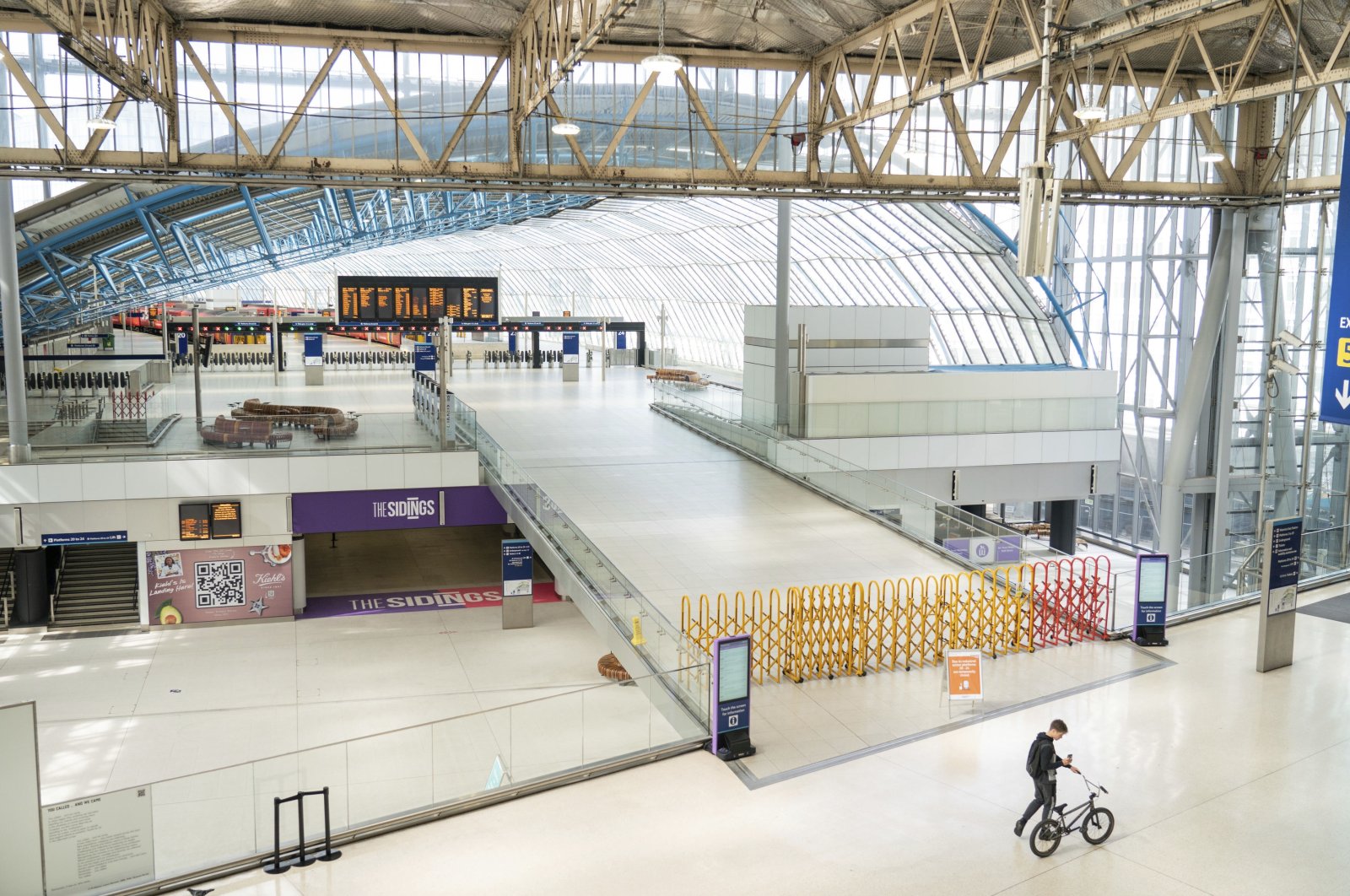 Train stations were all but deserted across Britain as the railway system once again came to a virtual standstill on Saturday, snarling the weekend plans of millions, while the general secretary of Rail, Maritime and Transport (RMT) said further industrial action has not been ruled out.

Train companies said only a fifth of passenger services would run, as about 40,000 cleaners, signalers, maintenance workers and station staff walked off the job in Britain's biggest and most disruptive railway strike for 30 years.

The same workers held 24-hour strikes on Tuesday and Thursday in a dispute over jobs, pay and working conditions.

The RMT Union is seeking a substantial pay raise as workers face a cost-of-living squeeze amid four decade-high inflation rates. Train companies, meanwhile, are seeking to cut costs and staffing after two years in which emergency government funding kept them afloat during the pandemic.

Union General Secretary Mick Lynch said rail workers would not accept "being thrown on the scrapheap after being praised as heroes during COVID," and warned there could be more strikes over the summer.

"We won’t hesitate to use more industrial action if we can't reach an agreement or if the companies carry though their threats to make people redundant," he told Sky News.

The Conservative government insists it will not get involved in the dispute pitting the union against 13 privately owned train-operating companies and the government-owned National Rail infrastructure firm.

However, the union accuses the government of scuttling negotiations by preventing employers from improving on the 3% pay raise on the table so far. Britain’s inflation rate hit 9.1% in May, as Russia's war in Ukraine squeezes supplies of energy and food staples while post-pandemic consumer demand soars.

Prime Minister Boris Johnson said rail passenger numbers had only returned to 75% of pre-pandemic levels and there needed to be "reform and improvement in the way the railways work, and modernization."

He has also warned that big pay raises would spark a wage-price spiral driving inflation even higher.

Unions have told the country to brace for more as workers face the worst cost-of-living squeeze in more than a generation. British Airways workers at Heathrow Airport voted to strike over the summer vacation season, lawyers are planning a walkout starting next week, and unions representing teachers and postal workers plan to consult their members about possible action.