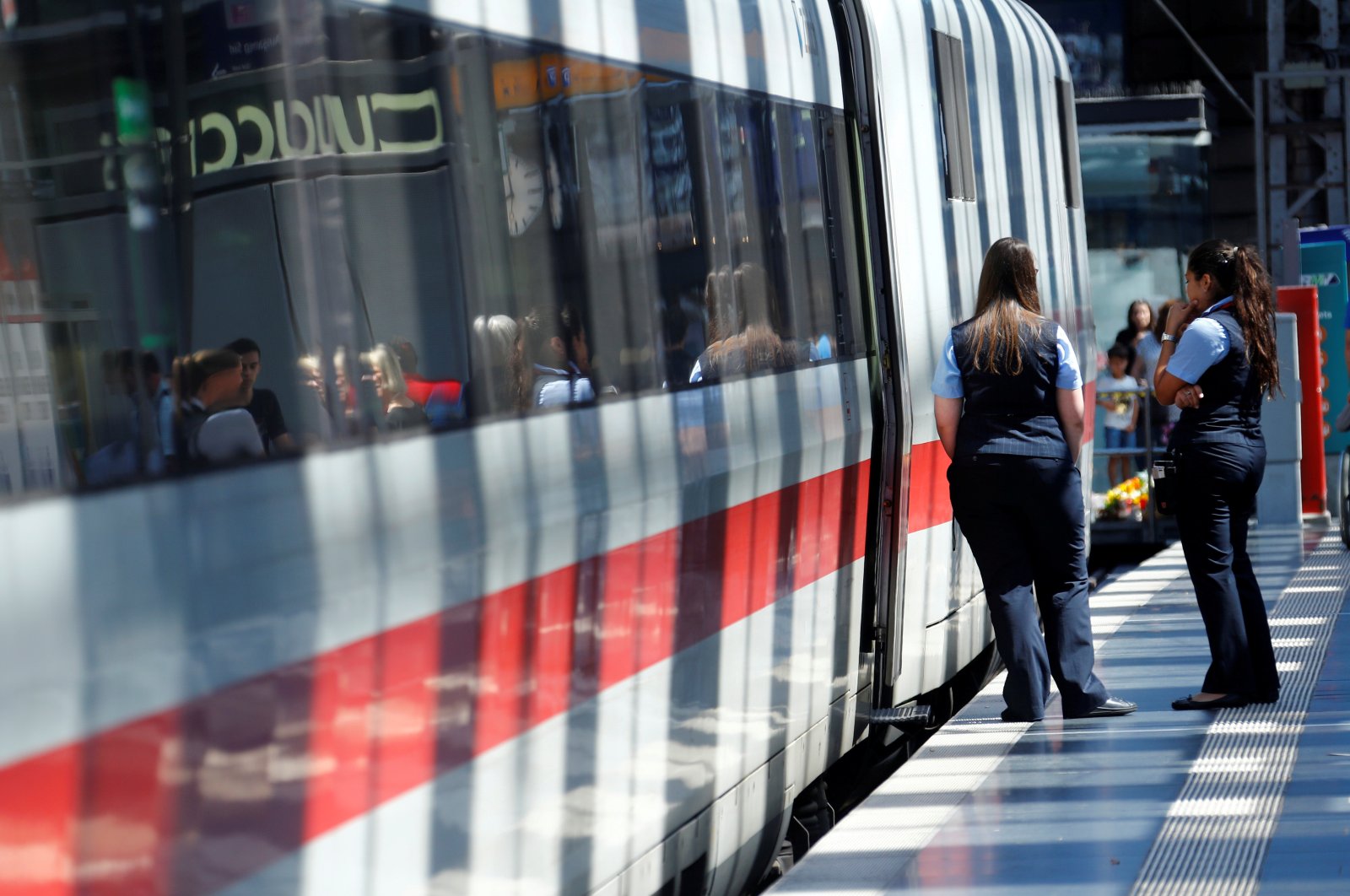 Deutsche Bahn employees stand next to an ICE high-speed train at the main train station in Frankfurt, Germany, July 30, 2019. (Reuters Photo)
by REUTERS May 27, 2020 3:53 pm
RECOMMENDED

German Chancellor Angela Merkel's ruling coalition plans to allow state-owned rail operator Deutsche Bahn to incur more debt to cushion it from the collapse in travel due to the coronavirus crisis, a document showed on Wednesday.

Lawmakers from Merkel's conservatives and Finance Minister Olaf Scholz's Social Democrats have agreed to lift the debt ceiling by 5 billion euros ($5.5 billion) to 30 billion euros this year, according to the draft parliamentary resolution obtained by Reuters.

The higher debt ceiling should help Deutsche Bahn, whose passenger numbers have dropped due to COVID-19 restrictions, plug a budget hole of between 11 billion and 13.5 billion euros through 2024.

While trains have continued to run during the pandemic, Deutsche Bahn says the number of passengers on long-distance routes is at around 10-15% of normal levels.

The higher debt ceiling is part of a proposed rescue package that also envisages government cash injections of at least 5.5 billion euros and cost cuts of about 2 billion euros from the company's wage bill.

The company is looking to borrow up to 8 billion euros this year alone, according to a draft document prepared for the supervisory board and seen by Reuters on Tuesday. This would push up overall debt at Deutsche Bahn to 30 billion euros.

The government and trade unions have not yet finalized details of the contribution of employees to the rescue package as the company has ruled out dismissals, meaning savings can only come from wage freezes or longer working hours.

The plan also needs to be approved by the European Commission, given competition issues for the railway's sector.