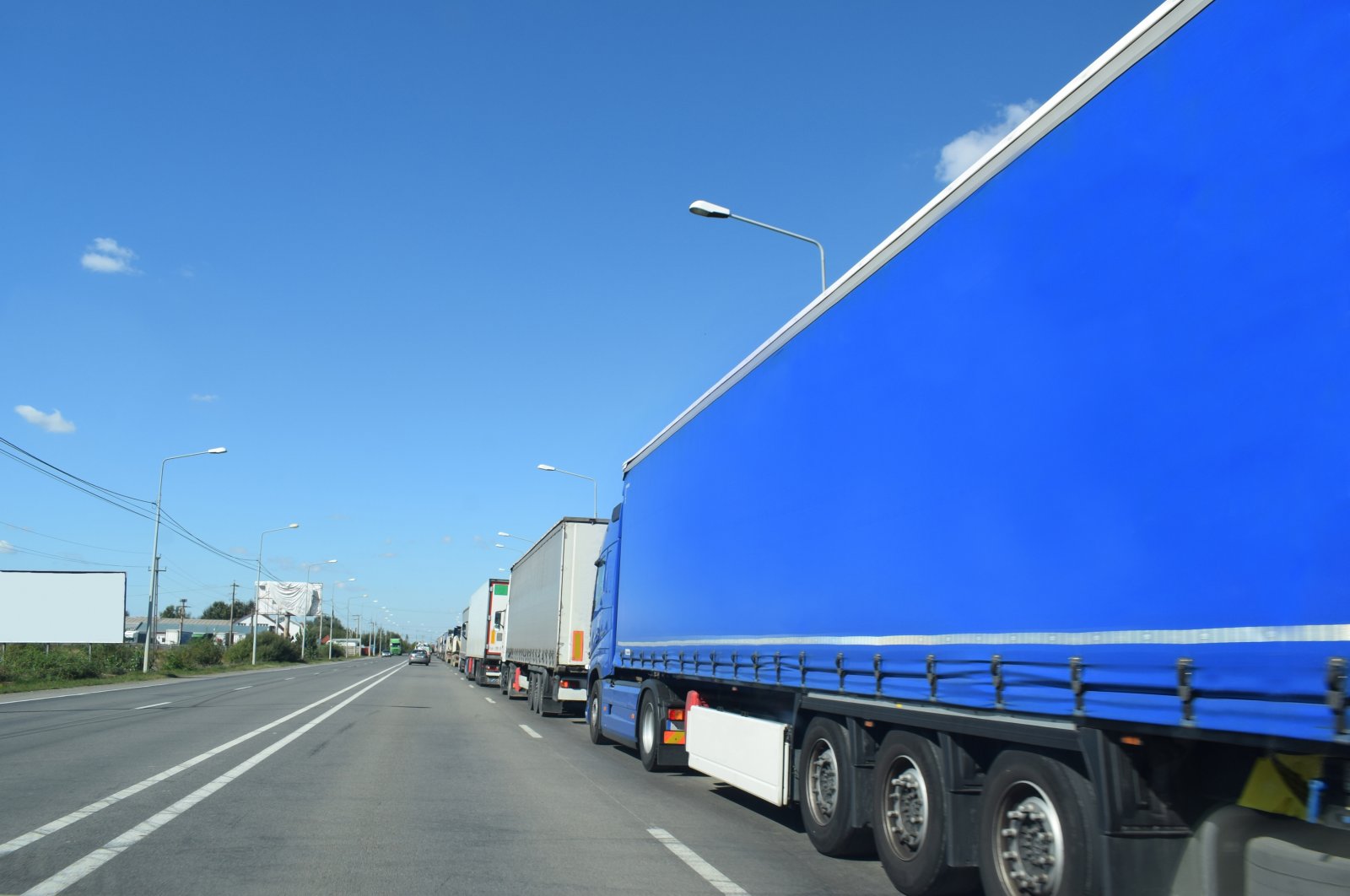 Trucks line up to pass through the border control between Romania and Hungary from the Romanian side. (Shutterstock Photo)
by DAILY SABAH
Nov 27, 2020 12:57 pm

The problem with the issuance of transit pass documents faced by Turkish road exporters in Hungary when crossing to Europe has been resolved, Turkish Infrastructure and Transportation Minister Adil Karaismailoğlu said Friday.

According to the newly signed highway agreement between Ankara and Budapest, Hungary will provide transit documents to the Turkish transporters. The decision made during the bilateral meetings between the sides, Karaismailoğlu said in a Twitter statement.

The ministry later said in a written statement that as a solution to the yearslong transit pass problem, Turkish trucks will be issued 74,000 additional transit passes next year.

Both parties will discuss the binary transport market and the pass document numbers in the next meeting due to be held in May 2021.

The bilateral trade volume, totaling only $356 million (TL 2.78 billion) in 2001, rose to $2.5 billion in 2018, despite global volatility. The removal of the transit pass problem is expected to contribute significantly to the exports not only to Hungary but with the EU as well.

Turkey does nearly half of its total foreign trade with the EU, and some 75% of goods are transported via roads.

But Turkish-registered goods vehicles that enter the EU each year at the Hungarian, Austrian and Bulgarian borders face administrative hurdles.

These include quota limits on the number of transport permits that can be issued to Turkish trucks by an EU member state, with demand exceeding the number of permits available.