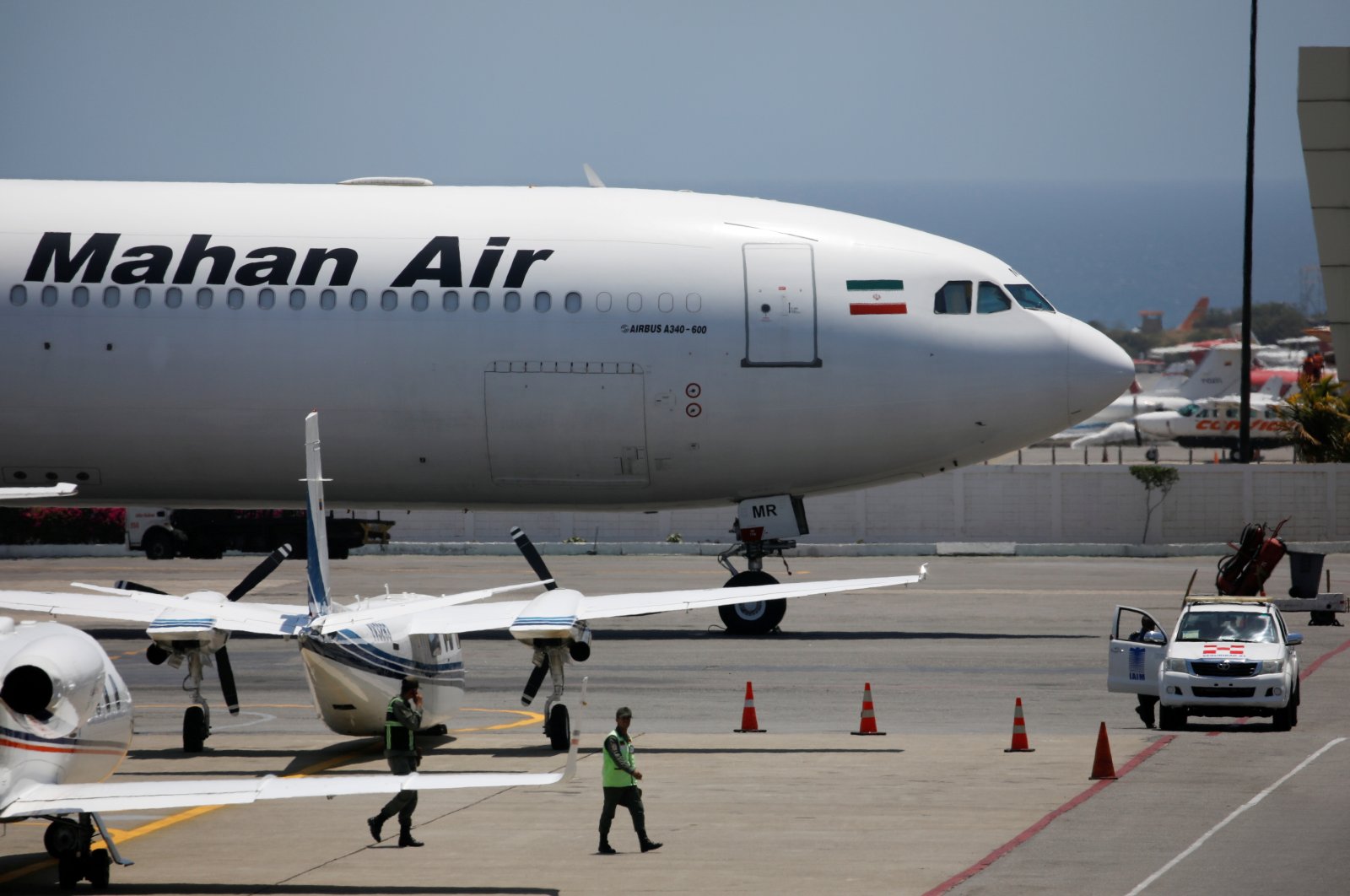 Mahan Air's website displayed an error message saying the site couldn't be reached. The carrier said in a statement that it had “thwarted” the attack and that its flight schedule was not affected, adding it has faced similar breaches in the past.

Many customers of Mahan Air across Iran received strange text messages on Sunday. A group calling itself Hoosyarane-Vatan, or Observants of Fatherland, claimed in the mass texts to have carried out the attack, citing the airline's cooperation with Iran's paramilitary Revolutionary Guard. The self-described hacking group did not provide any evidence.

According to Mehr news agency, some Mahan customers had received text messages that said: "Cyberattack against Mahan for complicity in the crimes committed by the terrorist Guardians Corps" – a reference to Iran's elite Revolutionary Guards.

It has been on the blacklist of Iranian companies targeted by United States sanctions since 2011.

In addition to a domestic network, it also serves destinations in Europe and Asia.

Iran last month accused Israel and the U.S. of a cyberattack on its petrol distribution system that caused havoc at fuel pumps nationwide.

Israel's internet infrastructure has meanwhile been hit by cyberattacks by the Black Shadow hacking group, including against the largest Israeli LGBTQ dating site and an insurance firm.

The hacking group has not acknowledged any link to Iran, but the attacks are widely seen as part of a years-long covert war between Israel and Iran including physical attacks on ships and offensive cyber moves online.

Mahan Air flies from Tehran to a few dozen destinations in Asia, Europe and the Middle East. The U.S. Treasury Department, which polices compliance with sanctions, blacklisted the airline in 2011 for allegedly “providing financial, material and technological support” to the Revolutionary Guard’s elite Quds Force, responsible for the Islamic Republic’s campaigns abroad. The Treasury accused Mahan Air of ferrying weapons, goods and personnel to Lebanon's militant Hezbollah group.

Major cyberattacks have struck various Iranian systems in recent months, with one in October crippling gas stations across the country, leaving angry motorists stranded in long lines unable to use their government-issued cards to buy subsidized fuel. Without naming a specific country, President Ebrahim Raisi blamed the hack on anti-Iranian forces seeking to sow disorder and disruption.

Another attack targeted the railroad system, causing mass confusion with scores of trains delayed and canceled across Iran.