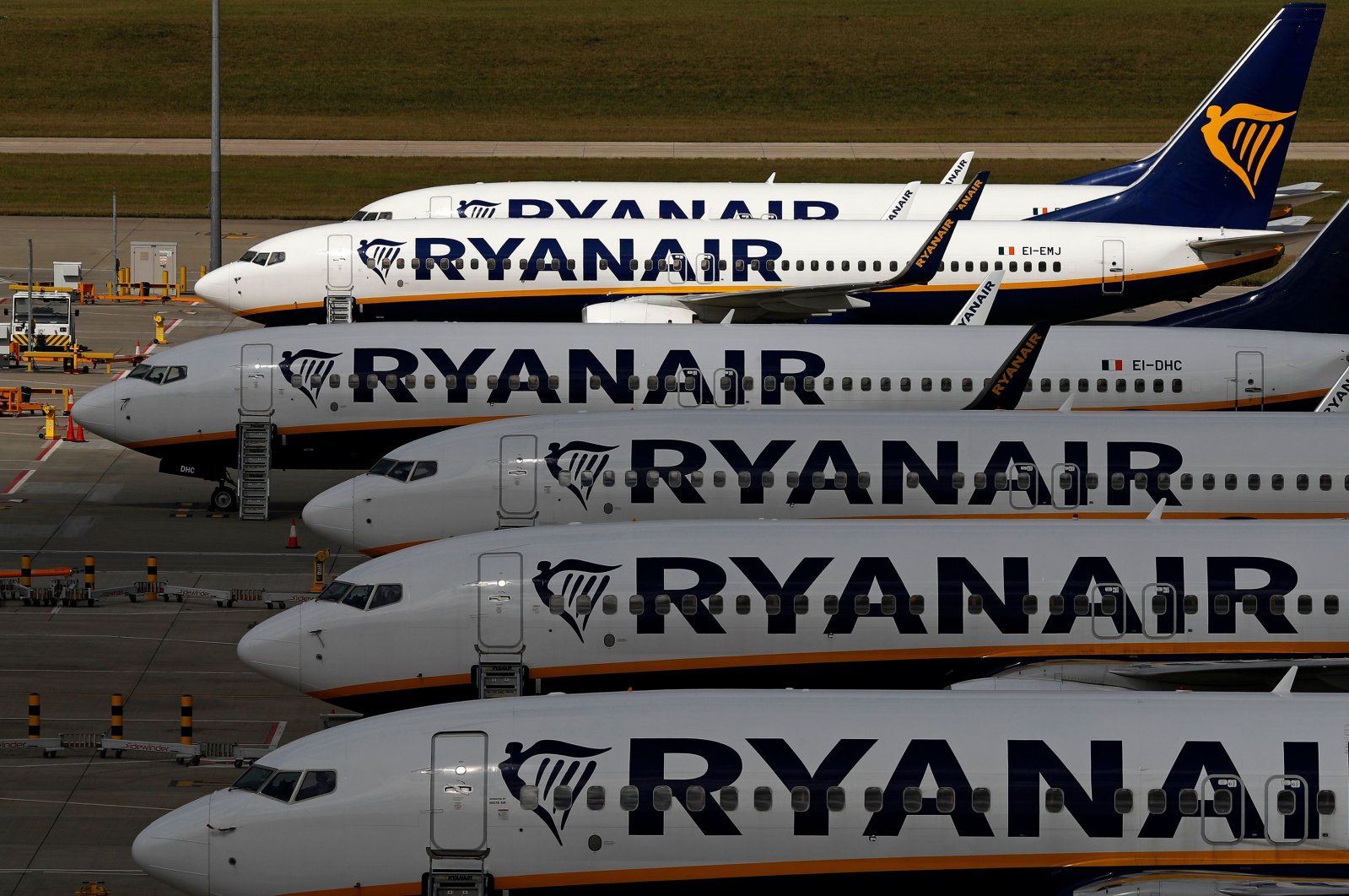 Irish no-frills airline Ryanair said Monday that it sank into the red in the first half of its financial year due to the coronavirus fallout and warned of more losses to come.

Ryanair posted a 197 million euros ($230 million) loss in the first six months of the year, which contrasted with a year-earlier net profit of 1.15 billion euros, it said in a results statement.

The Dublin-based carrier warned that it "expects to record higher losses" in the second half of the current 2020-2021 fiscal year, despite falling costs and a stronger balance sheet.

"COVID-19 grounded the group's entire fleet from mid-March to the end of June as EU governments imposed flight or travel bans and widespread population lockdowns," the airline said.

Ryanair said traffic nosedived around 80% to 17.1 million passengers in the reporting period, compared with 86 million a year earlier.

Revenues tanked 78% to 1.2 billion euros, almost all of which were earned in the second quarter following a "successful" return to service at the start of July.

However, the aviation sector is now reeling once more from a deadly second wave of the coronavirus, which has sparked renewed travel restrictions, quarantine rules and lockdowns.

Ryanair announced earlier this month that it would slash more flights this winter and temporarily shut bases in Cork and Shannon in Ireland, and Toulouse in France.

The group expects to slash its November-March winter capacity from 60% to "at least" 40% of the prior year.

Turning to the outlook, Ryanair said Monday that it would not provide annual earnings guidance due to the uncertain path of the virus – but warned it would be a "hugely challenging year" for the group.

"Given the current COVID-19 uncertainty, Ryanair cannot provide full-year profit after tax guidance at this time," it said.

"The group expects to carry approximately 38 million passengers in 2020-2021, although this guidance could be further revised downwards" in the event of more travel restrictions and lockdowns over the winter period.

The rest of the year would be "significantly" impacted by a host of factors, including Brexit uncertainty, airline pricing, fuel costs, competition from existing and new carriers, government actions – and the willingness of passengers to travel, the airline added.

Ryanair also slammed EU governments for what it described as a "flood of illegal state aid" to help major airlines struggling in the pandemic crisis.

The group added that this would "distort competition and allow failed flag carriers to engage in below-cost selling for many years."

Ryanair is cutting 3,000 pilot and cabin crew jobs, or 15% of staff, mirroring moves by airlines globally to save cash in the face of collapsing demand.