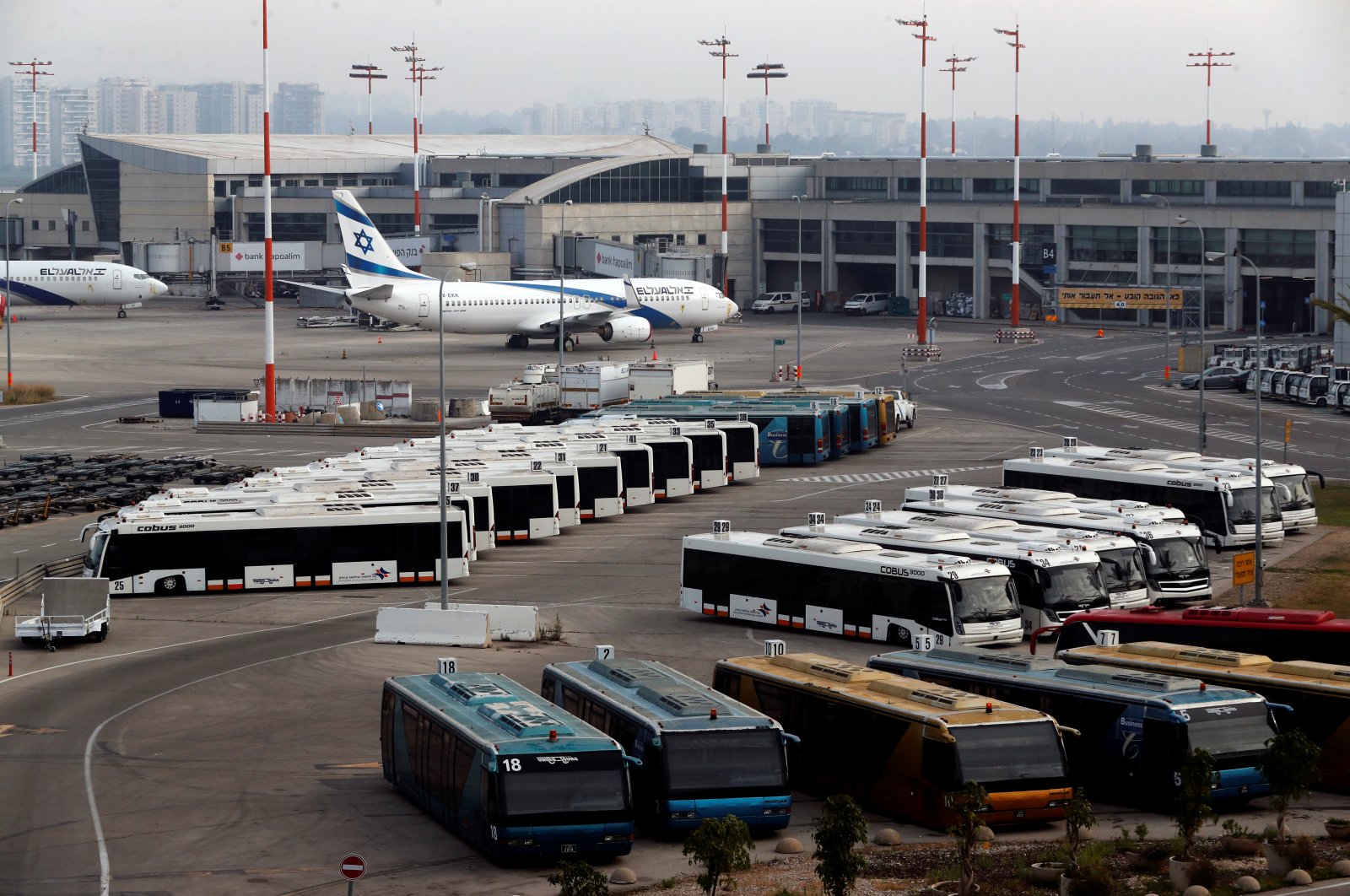 An Israeli flag carrier El Al Airlines plane is seen on the tarmac at Ben Gurion International Airport, in Lod, near Tel Aviv, Israel, May 14, 2020. (Reuters Photo)
by DAILY SABAH WITH AGENCIES May 26, 2020 4:41 pm
RECOMMENDED

A cargo plane operated by Israel’s flag carrier landed at a Turkish airport Sunday for the first time in more than a decade.

The El Al plane landed in Istanbul on Sunday, the Israeli embassy in Turkey said on Twitter, adding that the flights between Tel Aviv and Istanbul would help trade volumes between the two countries reach record levels.

The Israeli carrier announced earlier last week that it applied for a permit from Turkey that allows for import and export transportation via cargo planes.

Turkish aviation authorities are said to have given El Al approval to operate flights twice weekly between Istanbul and Tel Aviv.

Sunday’s plane is said to have arrived in Turkey to pick up 24 tons of humanitarian aid and protective equipment meant for U.S. medical teams fighting the novel coronavirus.

The carrier used to operate scheduled passenger flights between Tel Aviv and Istanbul, which were halted in 2010 after Israeli commandos killed 10 Turkish activists on the Mavi Marmara ship convoy, which was headed for Gaza to deliver humanitarian aid, leading to a years-long diplomatic rift between Israel and Turkey.

Since 2006, Israel has imposed a blockade on the Gaza Strip, where nearly 2 million Palestinians live, taking a grim toll on the economy, health and education.

Like many other airline companies, El Al has also been affected by the coronavirus outbreak and announced in March that it would cut 1,000 employees.

The company has also announced turning some of its planes into cargo planes due to the restrictions put on passenger flights to halt the spread of the virus.