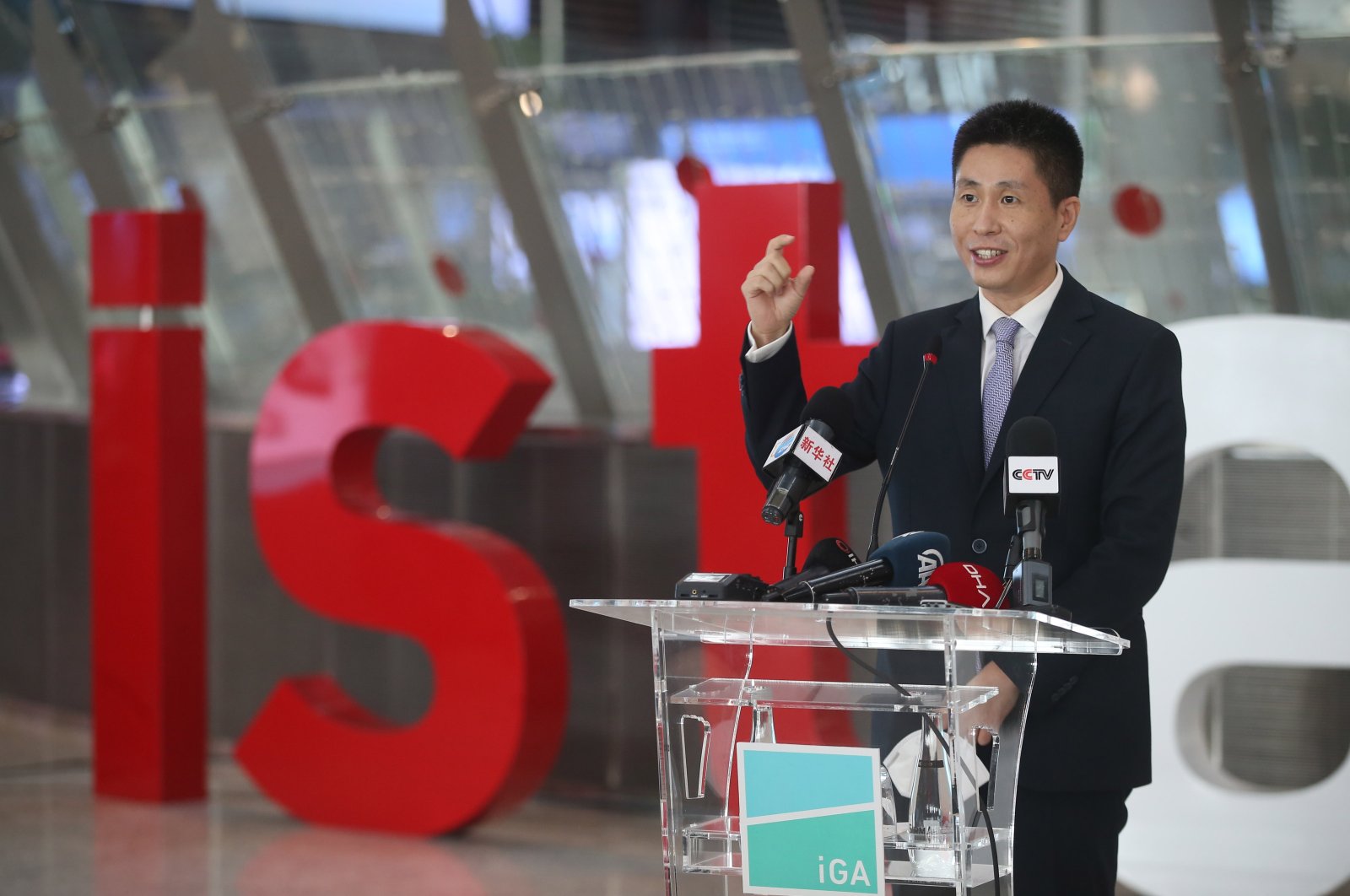 Turkey’s state-of-the-art Istanbul Airport received the 'China Friendly Airport' certificate, making it the first airport in the world to receive it.

IGA Airport Operations CEO Kadri Samsunlu, speaking Tuesday during the ceremony held for the event said that the airport has made several innovations such as putting flight information screens in Chinese, announcements made in Chinese and the ticket processing screens converted into Chinese.

Samsunlu said that all the innovations are aimed at making Chinese vacationers comfortable in the country, as the number of visitors from the Asian country has been on the rise recently.

He stated that the work carried out for Chinese guests at Istanbul Airport will make a positive contribution to the relations with regard to the occasion of the 50th anniversary of the starting of diplomatic relations between Ankara and Beijing.

Noting that they had made important efforts to bring Chinese guests to the country before receiving the "China Friendly Airport" certificate, Samsunlu said that they have signed sister airport agreements with four important airports in China last season.

The airport became the first global partner of C-trip, one of the largest Asian online travel agencies, he added, along with enabling the use of mobile payment system "WeChat Pay," China’s most preferred payment system.

Cui Wei, consul general of the People's Republic of China in Istanbul, also spoke at the ceremony, saying he had very different and emotional moments when he came to Istanbul Airport, and when he entered the terminal from the main gate, he felt as if he had arrived at an airport in China.

Saying that today the whole world is struggling with this pandemic and in such a difficult time, every individual and economic organization, including IGA, is definitely dealing with hard times.

He said that it is very touching that “in such a difficult situation, ... IGA decides to carry out this project, maintains it and realizes it by providing the necessary finance and with the belief and effort of its staff.”

The consul general said that a total of 430,000 Chinese tourists visited Turkey last year and their aim is for this number to reach 1 million.