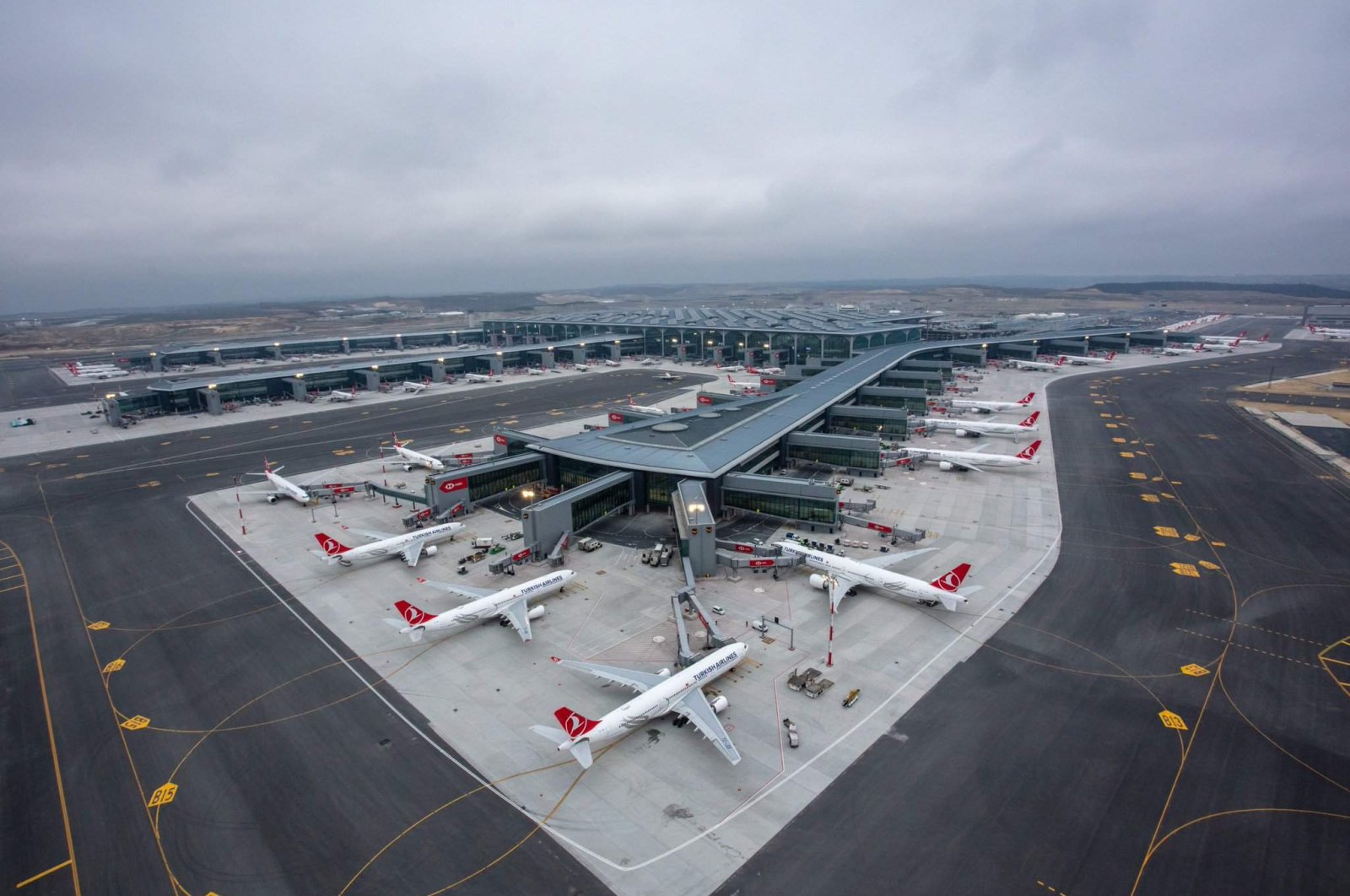 Amid the global impact of the new coronavirus on the aviation sector, Istanbul Airport and the Turkish flag carrier THY are ready to battle the negative effects

Even though Turkey still has no confirmed cases of the new coronavirus, the worldwide slowdown of tourism and travel due to the fast-spreading outbreak has not spared Istanbul Airport and the country’s flag carrier Turkish Airlines. The relatively new mega aviation hub not only accommodates high numbers of direct passengers but also operates as a busy transfer center thanks to the city’s geographical location between Europe and Asia.

Both the airport and Turkish Airlines, however, have been doing what they can to mitigate the impact and position themselves for recover.

Turkish Airlines has been carrying out international disinfection protocols on its planes to fight the spread of the outbreak.

Meanwhile, the CEO of Istanbul Airport, Hüseyin Kadri Samsunlu, said Saturday during a conference held in the southern Turkish resort city of Antalya that the aviation sector is one of the most open sectors for growth, and although major crises affect the ratio of growth, it can easily recover.

The sector is currently passing through an era of crisis, and Istanbul Airport was also affected by it, Samsunlu said. There has been a decline in the number of passengers visiting the airport since flights between Turkey and five countries – Iran, South Korea, Iraq and Italy and the virus’ birthplace China – were halted.

“The weekly number of the passengers coming from those countries is around 100,000,” he said, adding that the fear of the virus has also been affecting people in Turkey, preventing them from traveling.

There is an up to 5% decline in the occupancy rates, he added.

The epidemic, which emerged late last year in China, caused the deaths of more than 3,000 people worldwide, most cases recorded in mainland China although countries like Iran have also seen a rapid increase in the number of cases of death.

Samsunlu highlighted that thanks to its geographical location, Istanbul is a transfer hub for planes. “Some 120 airports in 60 countries are only a three-hour flight away from Istanbul. We are carrying passengers to those countries. We also have intercontinental flights. Turkey currently has flight connections to 126 countries,” he said.

Furthermore, Samsunlu noted, there are currently 20,000 passenger planes around the world which is expected to be doubled within the next 20 years, considering the ever-growing nature of the aviation sector.

“Approximately 4.5 billion people travel worldwide. This number will also be doubled,” he said.

Istanbul’s new state-of-the-art airport was officially opened in a grand ceremony on Oct. 29, 2018. However, its first phase became fully operational on April 7, 2019, as it took over air traffic from the now-closed Atatürk Airport – which was one of the busiest airports in Europe. The older airport has transitioned to other uses such as training activities, aviation fairs and civil use, while some parts are to be transformed into a public park.

A megaproject by the ruling Justice and Development Party (AK Party), the airport was initially launched over a need for meeting the ever-growing demand for air travel from around the world, relieving air traffic with a strong infrastructure and large capacity.

Before its establishment, there were two airports in Istanbul – one of the world's most crowded cities: Sabiha Gökçen Airport on Istanbul's Anatolian side and Atatürk Airport on the European side. Atatürk Airport served some 68 million passengers in 2018, its last year, while Sabiha Gökçen has a current capacity to welcome some 31 million passengers per year.

The new airport can handle 90 million passengers a year in the current phase of development, which, while a high figure, is nothing compared with its potential capacity to serve 200 million after the completion of all phases and the construction of six runways, scheduled to be completed by 2028. It will be home to more than 100 airlines flying to over 300 destinations around the world.

The airport’s first phase has served 64 million passengers within 11 months, and a total of 400,000 planes have used the airport, Samsunlu highlighted.

Disinfection carried out for THY planes

Meanwhile, Turkey’s flag carrier disinfects its aircraft with approved procedures in a bid to curb the threat of the spreading of the virus which threatens international travel safety.

A statement released by the Turkish Airlines’ Press Office stated that the company disinfects all the planes arriving from abroad.

A chemical substance that was tested by the World Health Organization (WHO), aircraft manufacturers and international aviation authorities, is used during the disinfection process of the planes, the statement noted.

The chemical sprayed into the air with a special device performs disinfection in the aircraft for 10 minutes and protects against viruses and bacteria. The process takes about 25 minutes in total, and passengers are not allowed into the planes without this application.

THY Press counselor Yahya Üstün had also published a statement on his social media account, saying that the travel safety of their passengers always comes first.

In the second stage of the disinfection process, a general cleaning procedure is applied for the planes, and each and every spot that may have been touched by passengers, especially overhead cabinets, windows, head restraints, seat edges and pockets, is cleaned. After each flight, textile products such as blankets and pillows are changed.

The busses used for the passenger transfers between the planes and the airport are also disinfected with similar methods. Nearly 500 planes have been disinfected so far, the statement by the aviation company added.

Turkish Airlines has already suspended its flights to and from Italy, Iran, Iraq, South Korea, China and Nakhchivan. Over 850 flights have been canceled due to halted flights since Jan. 28 while if the situation continues this way until the end of March, the number of canceled flights are expected to exceed 1,700.