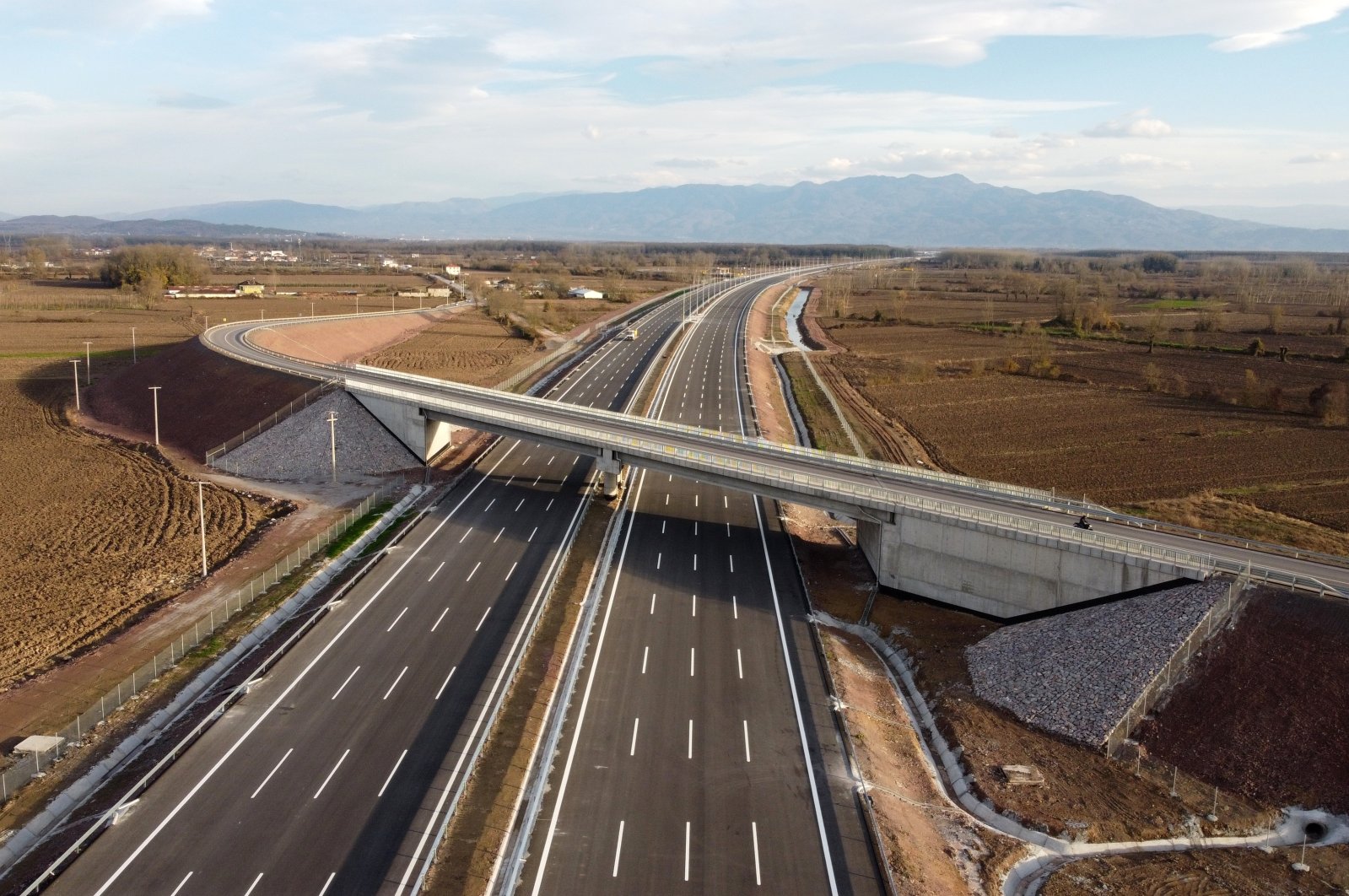 The last section of the Northern Marmara Motorway that will connect Turkey's Asian and European sides via Istanbul's third bridge across the Bosporus will open on Dec. 19, completing the alternative transit route that bypasses the metropolis' traffic-filled streets.

The 169-kilometer (105-mile) section located between Istanbul's eastern Kurtköy district and Sakarya province's northwestern Akyazı district are in the Asian part of the 398.4-kilometer highway.

The project will facilitate Istanbul's access to surrounding cities and regions. It was implemented by the Transport and Infrastructure Ministry and General Directorate of Highways as a build-operate-transfer model project.

The highway consists of three main sections and starts from Kınalı in the west of Istanbul, passes the Kocaeli and Sakarya provinces to the north and ends near the Akyazı district of Sakarya.

The work on the Odayeri-Paşaköy section of the highway, designed to alleviate the burden on the existing road system, started in May 2013, while the Kınalı-Odayeri and Kurtköy-Akyazı sections were started in July 2016.

The Northern Marmara Motorway is the most important road to Istanbul Airport, one of the world's largest airports. The highway provides direct access to large-scale organized industrial zones (OIZ) in Istanbul and Kocaeli provinces and provides integration between road and rail transport via the Yavuz Sultan Selim Bridge as it accommodates vehicles and both high-speed and freight trains.

It will be possible for goods to easily enter areas around the highway, with connection roads and intersections to OIZs and densely populated areas dotted along the route, contributing to regional economic development.

The project will be one of the most important components of the Marmara region's motorway system when it is soon connected to the Kınalı-Tekirdağ-Çanakkale-Savaştepe Highway. It will offer new transportation alternatives for the Istanbul and Marmara regions as a whole, which behave as the locomotives for Eurasia.

Some 17,000 people were employed during the project's peak period, while about 8,700 are continuing to work at various levels. Thanks to high-tech, smart transportation systems, the entire route can be monitored 24 hours a day and many types of accidents can be prevented.