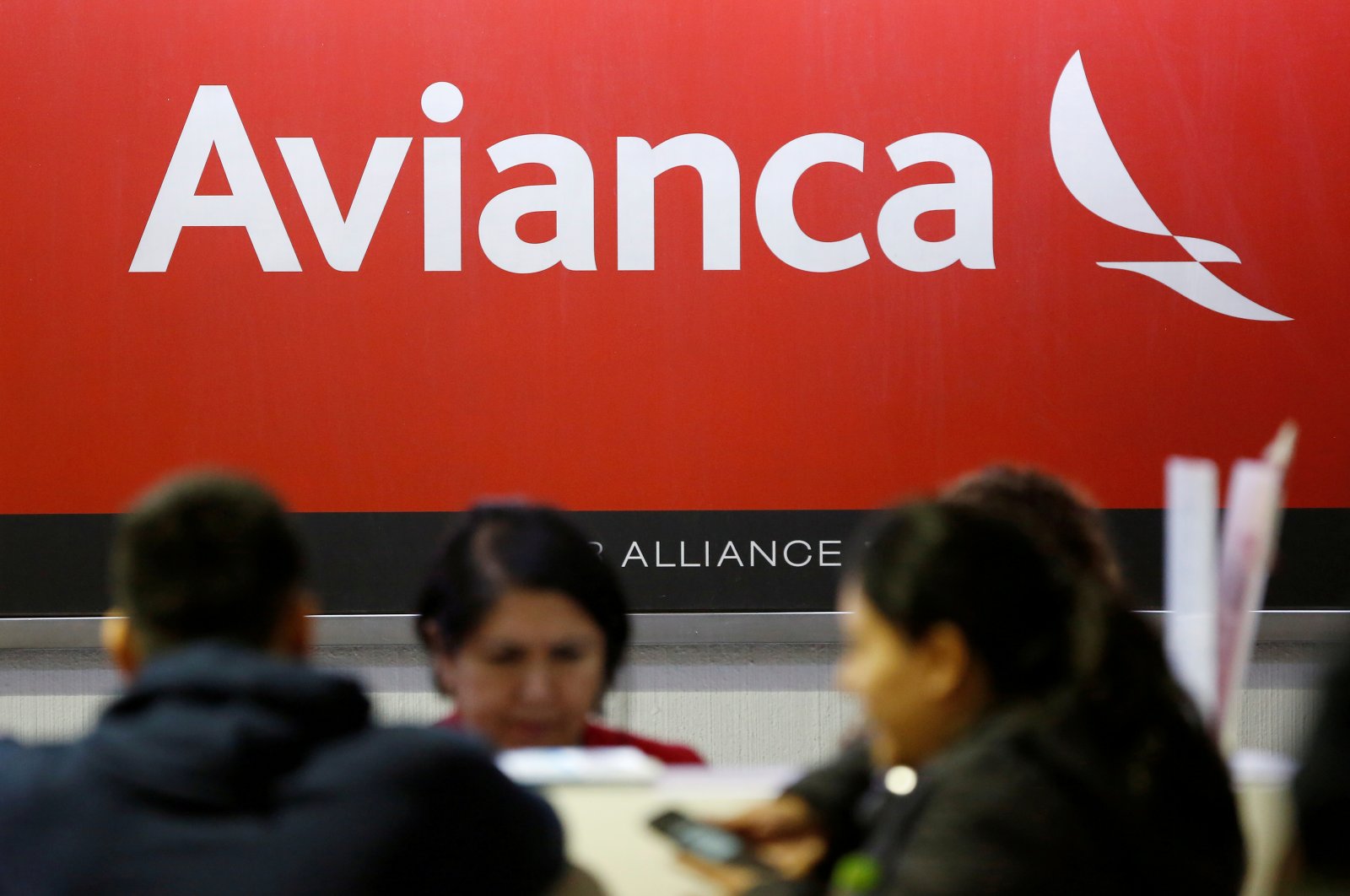 The logo of Avianca Airlines is pictured at a counter following the cancellation of Avianca flight 431, after El Salvador's President Nayib Bukele accused Mexico of allowing a dozen confirmed coronavirus (COVID-19) cases to board the flight due to leave Mexico City for San Salvador, at the Benito Juarez International Airport in Mexico City, Mexico, March 16, 2020. (Reuters File Photo)
by REUTERS May 10, 2020 10:50 pm
RECOMMENDED

Avianca Holdings, Latin America's No. 2 airline, filed for bankruptcy Sunday, as a bond payment deadline loomed and after pleas for aid from Colombia's government to weather the coronavirus crisis have so far been unsuccessful.

If it fails to come out of bankruptcy, Avianca would be one of the first major carriers worldwide to go under as a result of the pandemic, which has resulted in a 90% decline in global air travel.

Avianca has not flown a regularly scheduled passenger flight since late March and most of its 20,000 employees have gone without pay through the crisis.

"Avianca is facing the most challenging crisis in our 100-year history," Avianca CEO Anko van der Werff said in a press release.

While Avianca was already weak before the coronavirus outbreak, its bankruptcy filing highlights the challenges for airlines that cannot count on state rescues to avoid bankruptcy restructuring. An Avianca representative told Reuters it is still trying to secure government loans.

"Help from governments to the airline industry is vital," Silvia Mosquera, Avianca's chief commercial officer, said in a statement to Reuters before the bankruptcy.

Avianca, one of the oldest airlines in the world, estimated liabilities between $1 billion to $10 billion in a filing with the U.S. Bankruptcy Court for the Southern District of New York.

It already went through bankruptcy in the early 2000s, from which it was rescued by a Bolivian-born oil entrepreneur, German Efromovich.

Efromovich grew the airline aggressively but also saddled the carrier with significant debt. Efromovich was ousted from the airline last year in a board-room coup led by United Airlines Holdings Inc, but he still owns a majority stake in the carrier.

United stands to lose up to $700 million in loans related to Avianca.

Efromovich told Reuters on Sunday that he disagreed with the decision to file for bankruptcy and that he was not involved in making it.

Avianca's leadership will host a news conference later on Sunday.

The management that took over after Efromovich's ousting was already focused on a cost-cutting reorganization dubbed "Avianca 2021."

Warnings about its fragile finances abounded. Roberto Kriete, president of Avianca's board, said last year in a meeting with employees that the airline was "broke."

Last month, Avianca's accounting firm, KPMG, said it had "substantial doubts" about the carrier's ability to exist a year from now.

Most pressingly, Avianca was facing a $65 million bond payment due on Sunday that analysts did not think the airline was in a position to meet. S&P downgraded the airline to CCC- status in the days leading up to that payment.

Van der Werff had in recent weeks gone on a public relations campaign to secure emergency aid from Colombia's government, but as of Sunday none had materialized.

Avianca has no certain date to resume operations, as its main hubs – Colombia, El Salvador and Peru – have all shut down air traffic to fight the coronavirus. The carrier faced backlash this week after it sold plane tickets for late May only to have to cancel them when Colombia extended its coronavirus lockdown.

In parallel to its Chapter 11 filing in the United States, Avianca said it intends to begin winding down operations in Peru.

Avianca is the third of Efromovich's airlines to go through bankruptcy or out of business in recent years. Airlines Avianca Brasil and Avianca Argentina ceased to exist last year due to economic troubles in their markets.