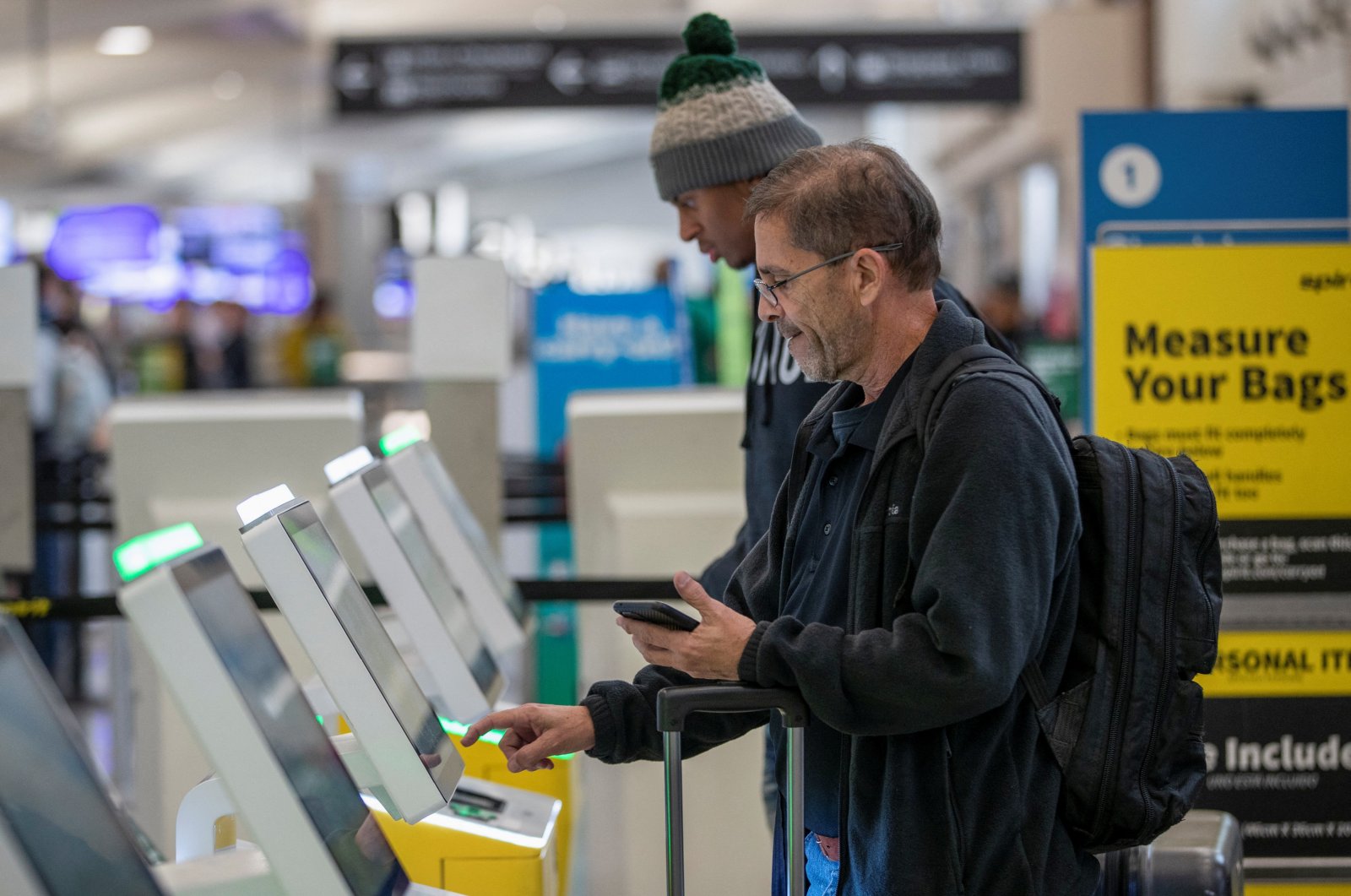 Travelers check in for their flights ahead of the Thanksgiving holiday at Hartsfield-Jackson Atlanta International Airport in Atlanta, Georgia, U.S., Nov. 22, 2022. (Reuters Photo)
by Deutsche Presse-Agentur - dpa Nov 24, 2022 4:31 pm
RECOMMENDED

Restrictions on liquids and laptops in hand luggage could reportedly be removed within two years due to the rollout of new 3D scanners.

Since November 2006, passengers taking liquid in their cabin luggage have been restricted to clear plastic bags holding no more than 100 milliliters, which must be shown to security staff.

But The Times reports ministers have been reviewing a trial at Heathrow Airport, which began in 2017, of 3D scanners already in use at U.S. airports that allow staff to zoom in on a bag's contents and rotate the images for inspection.

The BBC added that security restrictions for liquids and laptops in carry-on luggage could be axed from mid-2024.

Heathrow's chief executive, John Holland-Kaye, told The Times: "We are slowly rolling them out.

"We have just started the expansion of the security area in Terminal 3 which will have more CT scanners and have a deadline of mid-2024 from the (Department for Transport).

"By then the normal passenger experience will be that liquids stay in bags."

The Times said those failing to remove items from their bags or traveling with large bottles of liquids are the biggest cause of delays at airport security.

Government officials said at the time that once in place, the 100-milliliter liquid limit may no longer apply.

The equipment was to be rolled out over the next several years, with the Department for Transport requiring all major U.K. airports to have the technology by Dec. 1, 2022.

But that deadline was affected by the pandemic, with passenger numbers dented due to travel restrictions in place across much of the globe.

Figures from the International Air Transport Association (IATA) for September showed passenger traffic levels have only reached 73% of pre-COVID-19 levels.