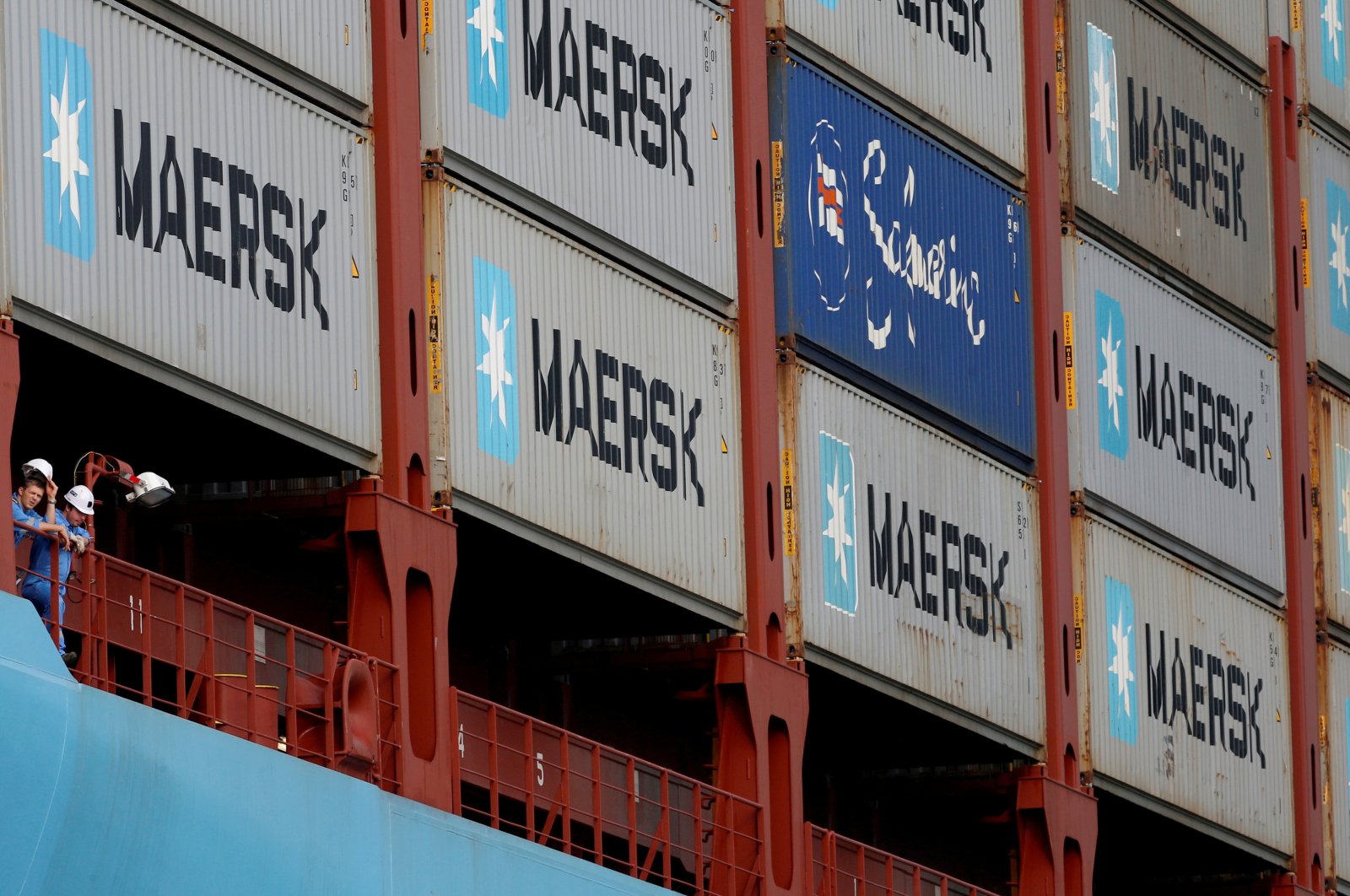 Crew members look out from the MV Maersk Mc-Kinney Moller as it berths at a PSA International port terminal in Singapore, Sept. 27, 2013. (Reuters Photo)
by REUTERS May 05, 2021 12:29 pm
RECOMMENDED

Maersk expects the "exceptionally strong" performance seen in the first quarter to continue for the rest of the year, driven by high demand for shipping containers from China to the United States, the shipping giant said Wednesday.

"Strong demand led to bottlenecks as well as lack of capacity and equipment which drove up freight rates to record high levels," Chief Executive Soren Skou said in a statement.

Those factors prompted Maersk last week to raise its outlook for full-year underlying earnings before interest, tax, depreciation and amortization (EBITDA) to $13-15 billion from $8.5-10.5 billion.

It also lifted its forecast for global container demand growth to 5-7% from 3-5%.

"We now expect the current dynamics to last into the fourth quarter," Skou said.

Large retailers and producers, including Puma and Signify, have said congestion at ports, container shortages and continued delays at the Suez Canal were causing problems getting products made in Asia to key markets.

"The pandemic continues to impact the industry with a temporary economic upside coupled with significant operational challenges," Skou said.

The company said EBITDA more than doubled in the period to $4 billion, in line with preliminary numbers published last week.