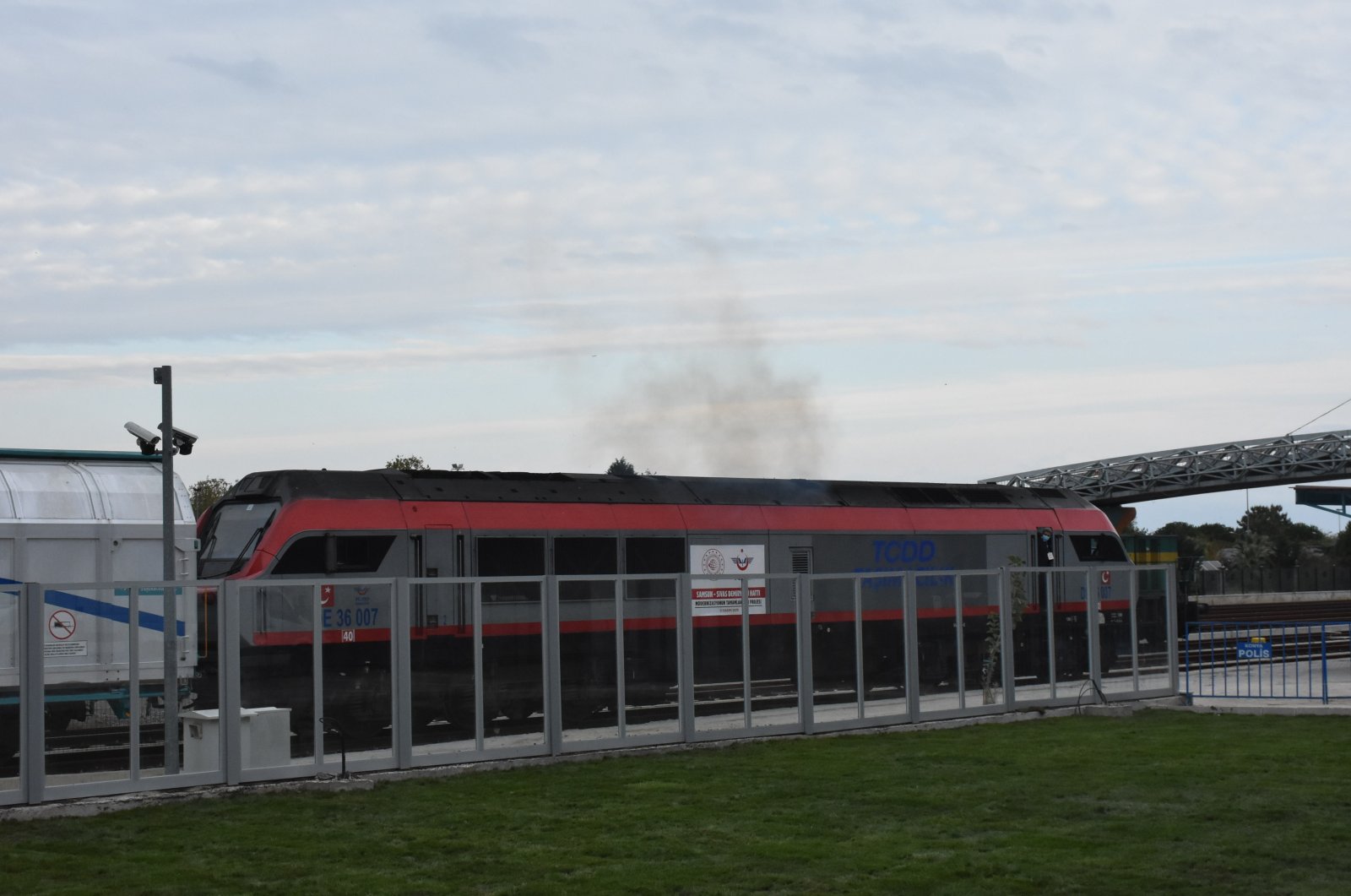 A train departs for the central province of Sivas after the completion of the modernization of the Samsun-Sivas railway line, northern Samsun province, Turkey, Nov. 1, 2020. (AA Photo)
by DAILY SABAH WITH AA
Nov 04, 2020 3:43 pm

A modernized railway line between the northern Turkish province of Samsun in the Black Sea region and the central province of Sivas will provide new momentum to logistics, freight transportation on the north-south corridor of Anatolia while mobilizing international trade from Samsun Port.

The line was updated by the Transportation and Infrastructure Ministry and opened in a ceremony attended by President Recep Tayyip Erdoğan on Nov. 1.

Samsun Port is the country’s only international port in the Black Sea region that has a railway connection and now with the new line connecting it to central Anatolia will carry freight faster.

The 431-kilometer (267.8-mile) railway line which is now operating at increased capacity will also contribute to the trade corridor from Northern Europe to the Middle East.

Thanks to the renewed signaling system, the line capacity was doubled and the travel time was cut down from eight hours and 50 minutes to five hours and 45 minutes.

Some 12 existing tunnels were updated while 19 passenger stops, 30 technical buildings and 1,012 culverts were built.

Security measures have also been increased at railway crossings, with 121 level crossings ensured and the building of one highway overpass, six overpasses and one pedestrian underpass.