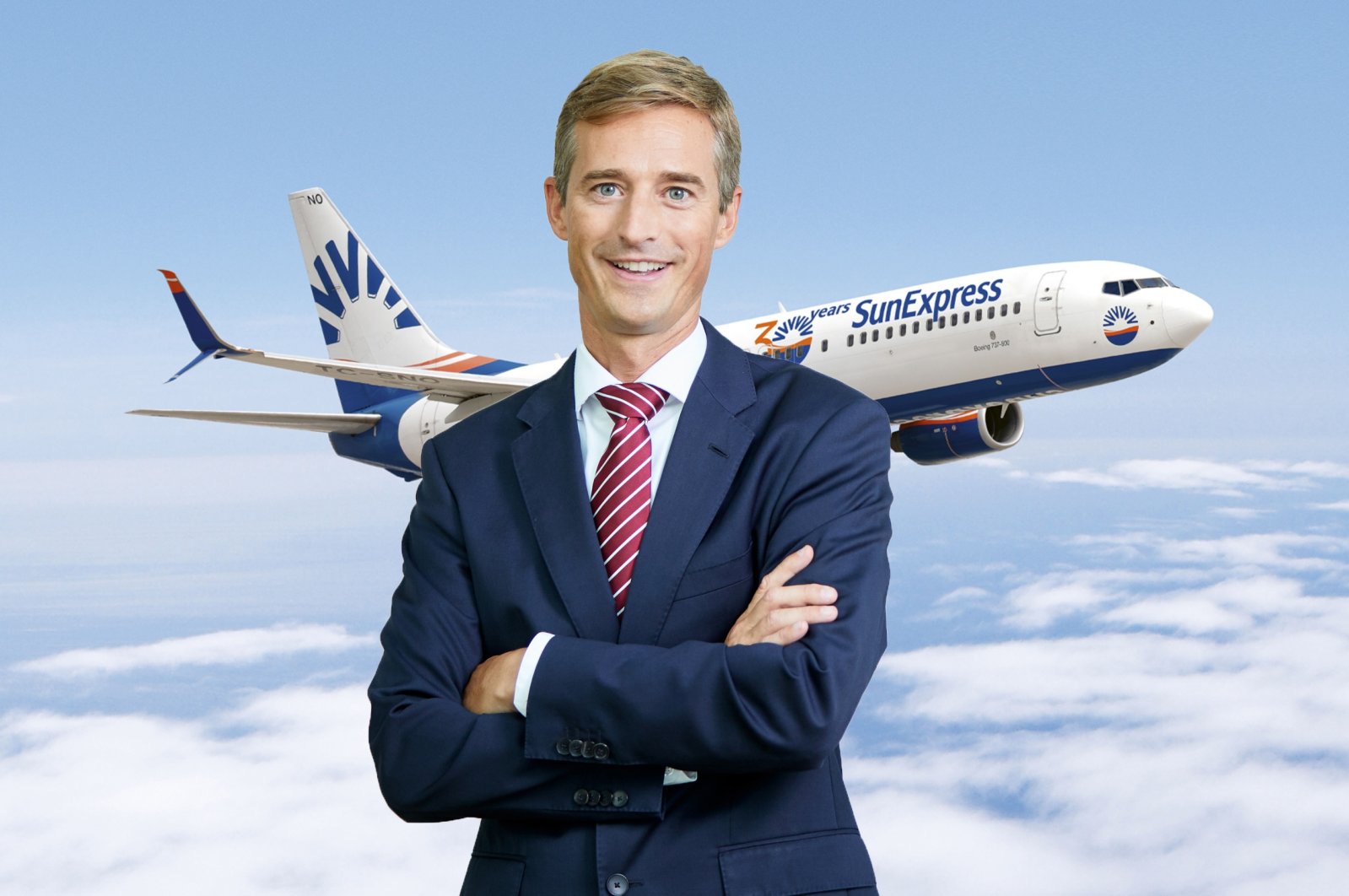 "Despite the harsh conditions in the entire aviation industry caused by the pandemic, we will take SunExpress further on its journey of success and strengthen its position as a leading carrier in the leisure airline market," Kownatzki said.

He said the airline continues carrying those stranded due to the pandemic to their home countries via "rescue" flights.

The aviation industry has been hit hard amid travel restrictions for both domestic and international flights to stem the spread of the virus.

"But we believe the aviation industry will survive this crisis and even emerge from it stronger," he said.

He underlined that by creating a bridge between Turkey and Europe, the airline will contribute to Turkish tourism and the economy.

Kownatzki, 47, has extensive experience in the airline industry, with a particular focus on strategic and commercial areas. He was responsible for network planning and strategic alliances of the Lufthansa, Brussels Airlines, Swiss International Airlines and Austrian Airlines.

He succeeded Jens Bischof, who has been appointed CEO of another airline, Eurowings.

SunExpress earlier halted all domestic and international flights as part of the travel restrictions to fight the outbreak. The company suspended its flights from Turkey to Germany, France, Spain, the Netherlands, Belgium, Sweden, Norway, Denmark, Austria, the U.K., Switzerland and Ireland in line with measures taken by Turkish authorities to protect public health against the outbreak.

The airlines said Monday that it will begin limited cargo flights with 18 aircraft in its fleet. It will begin freighter operations with a new type of cargo-carrying model by utilizing the passenger cabin to maximize the capacity for cargo. The venture expects to be able to carry a maximum load of up to 21,700 tons by being able to load passenger seats and overhead bins, in addition to the aircraft's regular cargo section.

Based in the coastal resort of Antalya, SunExpress in 2019 achieved the highest revenue in its 30-year history. The firm's revenue increased by 10% in 2019 on a yearly basis by generating a revenue of over 1.4 billion euros (TL 10 billion) and carrying over 10 million passengers with a load factor of 83%.

Founded as a joint venture of Turkish Airlines and Germany's Lufthansa in 1989, SunExpress flies to more than 90 destinations in over 30 countries in Europe, the Middle East and North Africa.