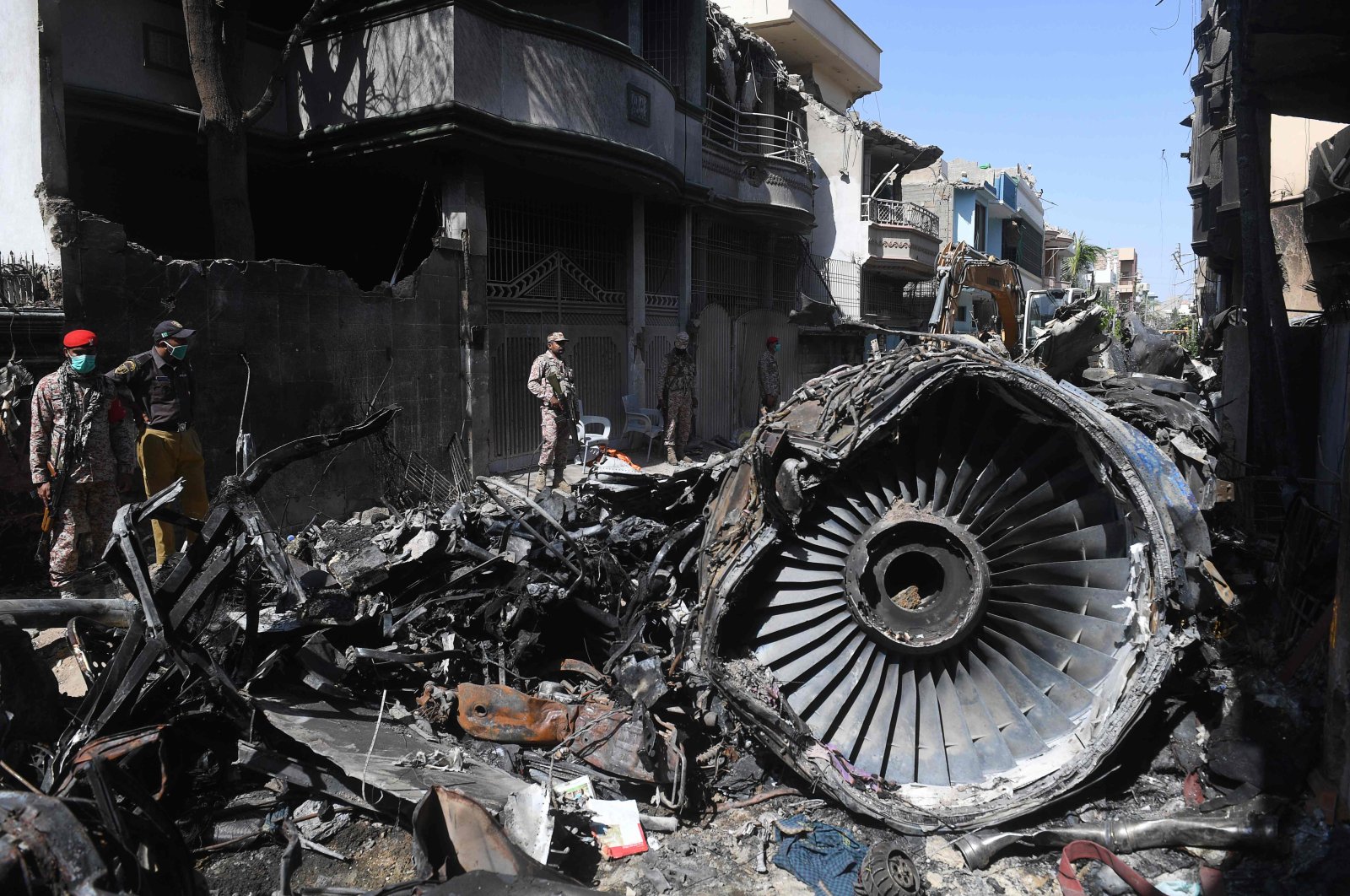 Security personnel stand beside the wreckage of a Pakistan International Airlines aircraft, in Karachi, Pakistan, May 24, 2020. (AFP Photo)
by REUTERS Jun 25, 2020 1:37 pm
RECOMMENDED

Pakistan International Airlines (PIA) will ground a third of its 434 pilots on suspicion they hold "dubious" licenses and flying certificates, a company spokesman said Thursday.

The decision comes as an inquiry into a PIA crash last month, in which 97 people were killed, points to pilots not following procedures, while a government minister said the cockpit voice recorder suggested the pilots were distracted by a conversation about the coronavirus.

"We've been told that an investigation conducted by the civil aviation authority has found that about 150 of our pilots have dubious licenses," company spokesman Abdullah H. Khan told Reuters.

All of the pilots under investigation would be grounded, he said. The PIA has a fleet of 31 aircraft that fly domestic and international routes.

Successive governments have tried to overhaul loss-making PIA over the years but with little sign of success.

The airline's latest accident came late last month when an Airbus A320 on a domestic flight came down short of the runway in the southern city of Karachi, killing all but two of those aboard.

The aviation minister told parliament this week the plane's pilots and air traffic control officers had not followed procedures and the two pilots had been preoccupied by a discussion on the coronavirus shortly before the crash.

The investigation into pilots' qualifications came after a 2018 crash when it was found that the test date on the license of the pilot involved had been a holiday – suggesting it was fake as testing could not have taken place on that day.

Another pilot had been out of the country on the date stamped on his flying certificate, Khan said.