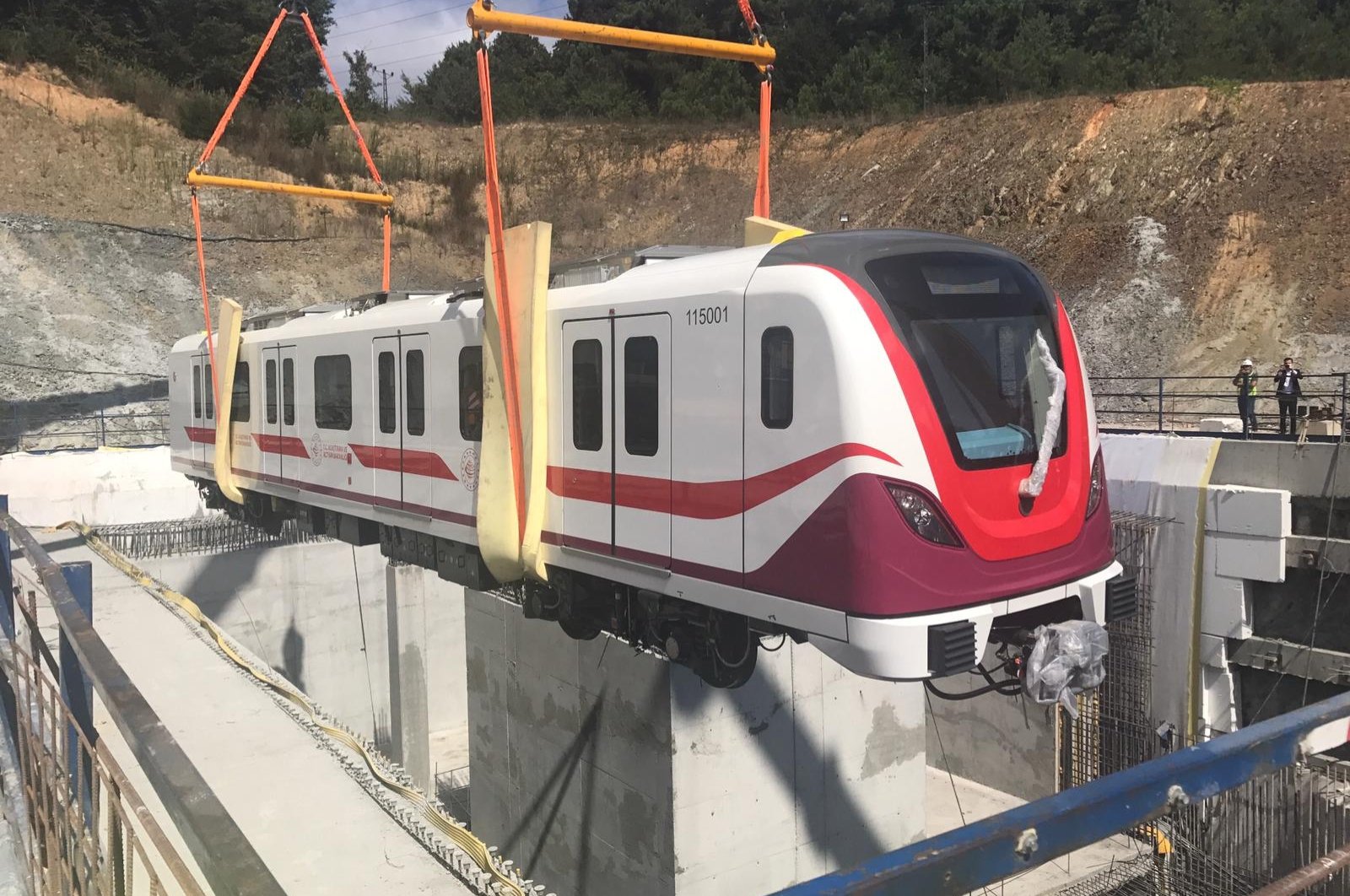 The production of the first subway car of the high-speed metro line connecting the heart of Turkey's metropolis to the mega Istanbul Airport has been completed and laid on the tracks, the nation’s transport and infrastructure minister said on Sunday.

Performance tests will start later this month after all the cars to be used on the route are combined in the maintenance center, Adil Karaismailoğlu said in a statement.

The new line will whisk passengers from Gayrettepe, in Şişli on Istanbul's European side, to the new airport in just 35 minutes.

The subway will stretch 37.5 kilometers, includes nine stations and will be the country's fastest metro line, operating at a speed of 120 kilometers per hour (75 miles per hour).

Karaismailoğlu, who said that the first train was placed in the section between Göktürk-Kağıthane, stressed that production of 10 subway cars will be completed and laid on the tracks by the end of the year. The new line was earlier expected to be completed in August 2021.

The minister noted that 136 of the trains to be used in the Gayrettepe-Istanbul Airport metro will be produced in Turkey with a condition that they must have a locality ratio of at least 60%.

“This metro line will not only connect Istanbul Airport to all parts of Istanbul but will also increase our domestic metro manufacturing capacity. It will make a significant contribution to producing the world’s fastest subways,” Karaismailoğlu said.

The minister further explained that 10 excavation machines were used simultaneously for the first time in a metro project in the country.

The line is expected to serve around 600,000 Istanbulites per day. It will pass through the districts of Beşiktaş, Şişli, Kağıthane, Eyüp and Arnavutköy and is expected to significantly reduce the city’s traffic load.

The country’s officials previously said the aim was to make Istanbul's the most widespread transportation network in the world with its 190 kilometers of tunnels and 1,100 kilometers of metro lines.

Rising from the outskirts of Turkey’s most populous city, perched on the shores of the Black Sea, Istanbul Airport was officially opened on Oct. 29, 2018, coinciding with the 95th anniversary of the founding of the Turkish Republic.

Its first phase became fully operational on April 7 when it took over air traffic control from the now-closed Atatürk Airport.

Atatürk Airport was one of the busiest in Europe. The location is being transformed and it is now used for training activities, aviation fairs and civil works, while some parts are to be converted into a public park.

Istanbul Airport can handle 90 million passengers per year in its current phase of development, which, while a high figure, is nothing compared to its planned capacity of up to 200 million after the completion of all four phases and the construction of six runways, scheduled to be completed by 2028. It will be home to more than 100 airlines flying to over 300 destinations around the world.