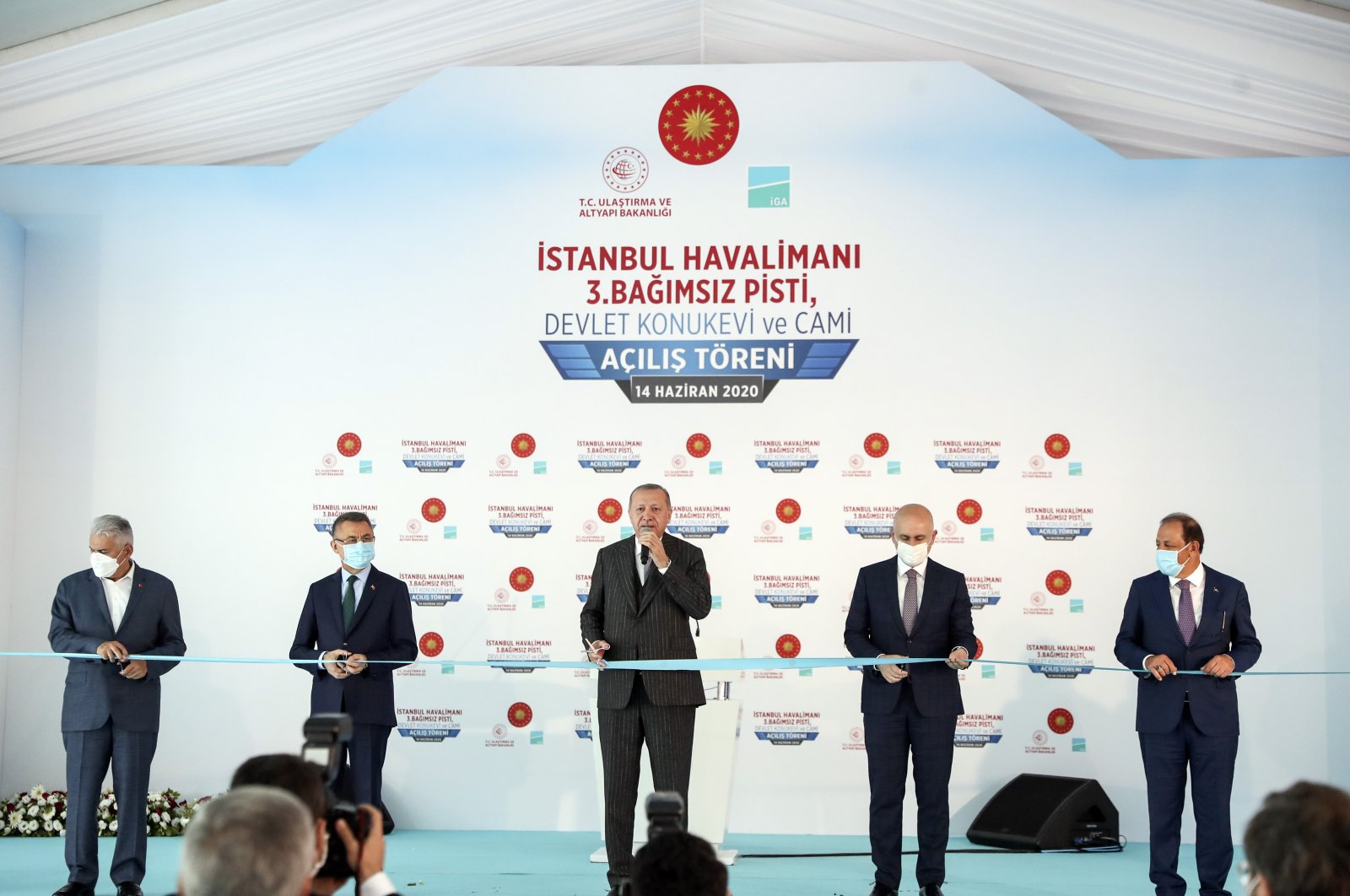 President Recep Tayyip Erdoğan inaugurated the third runway at Istanbul Airport on Sunday, saying that it is one of the symbols of Turkey's 2023 centennial goals with its target to serve 200 million passengers annually.

Speaking at the opening ceremony, Erdoğan said the airport has become "Turkey's pride" since its inauguration in 2018.

The airport now gained its third independent runway, the second tower, and a new taxiway, the president said.

"We managed to increase the flights from 60 destinations abroad to 350. Air cargo capacity, which was 303 tons per day, has reached 2,500 tons," Erdoğan added.

Officially opened in a grand ceremony on Oct. 29, 2018, the anniversary of the Turkish republic's proclamation in 1923, the airport became fully operational on April 6, 2019. In its first full year, the airport hosted 74 airlines and welcomed more than 64 million passengers.

It can handle 90 million passengers a year in its current phase of development and can jump to a potential capacity of 200 million after the completion of all four phases with six runways by 2028.

After the opening of the new runway, the airport will have three independent runways and five operational runways, he said.

The airport's third parallel runway was being constructed within an area of 76.5 million square meters (29.5 square miles) located on the coast of the Black Sea between the Yeniköy and Akpınar regions. Once the runway becomes operational, the triple parallel runway operation, used at just a few airports in the world, will be implemented.