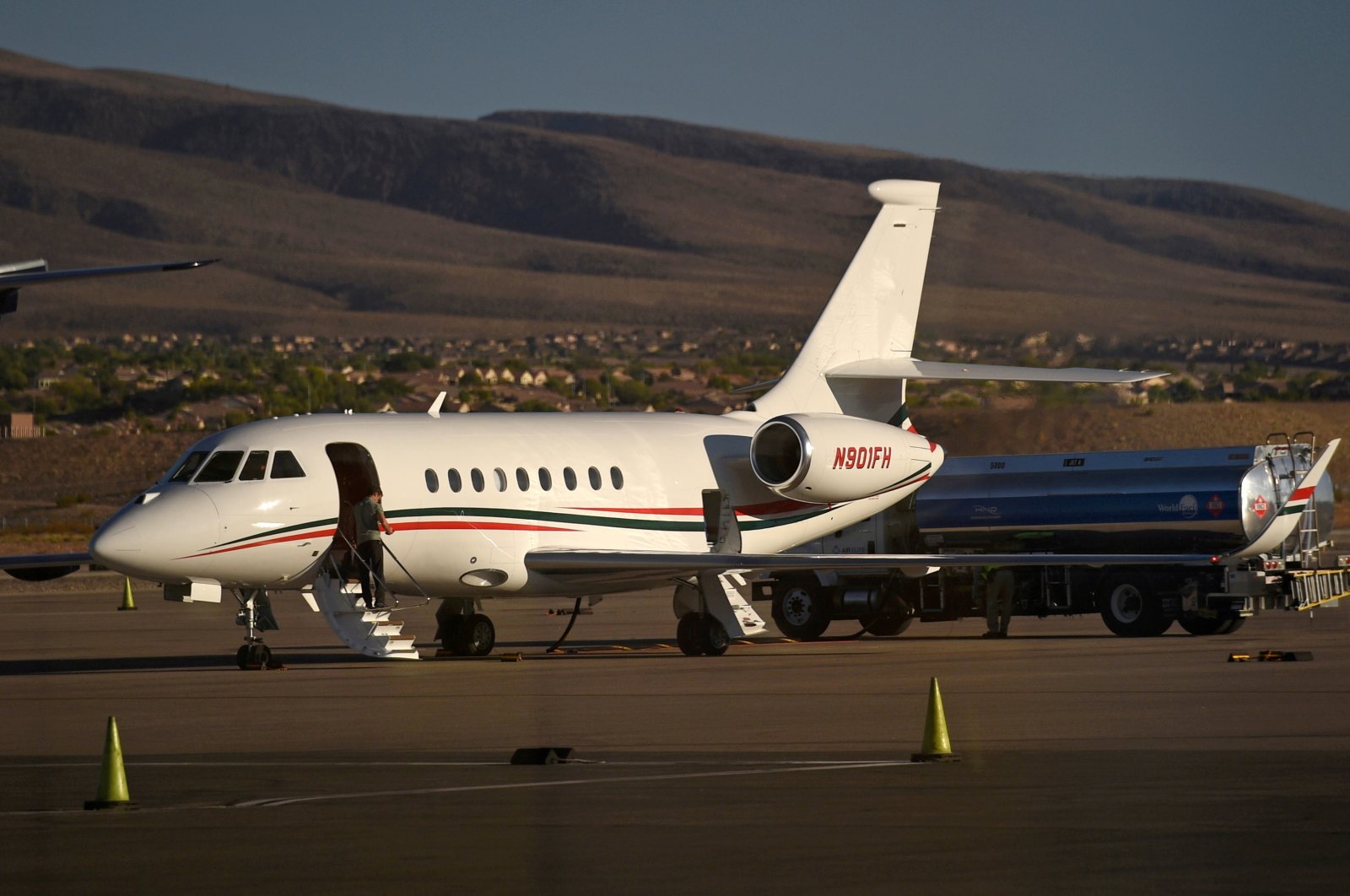 A business jet is refueled at the Henderson Executive Airport during the National Business Aviation Association (NBAA) exhibition in Las Vegas, Nevada, U.S., Oct. 21, 2019. (Reuters Photo)
by REUTERS
Aug 04, 2021 11:56 am

As corporate travel eases back this fall after a COVID-19 pandemic-induced slump, private aviation companies are now making a beeline for executives wary of flying commercial to business meetings.

Private air traffic has rebounded above 2019 levels, helped by wealthy leisure travelers avoiding commercial airlines earlier in the pandemic to avoid contracting the virus or due to fewer direct flights.

Now, some charter companies are trying to extend that advantage to corporate travel, with scheduled flights to some business hubs still below 2019 levels despite a broader leisure-driven rebound in commercial traffic.

Corporate travel, expected to revive this fall, is crucial for aviation because of demand from frequent flyers and airlines' appetite for higher-margin premium fares.

But a full recovery could take years due to remote work and rising U.S. COVID-19 cases driven by the more aggressive delta variant.

Major U.S. carriers are restoring routes as restrictions ease. Delta Air Lines will more than double the number of daily flights between the U.S. and Canada starting in September, once fully-vaccinated Americans can fly to the country.

But major carriers' domestic flights dipped 15.3% in July 2021 compared to 2019, with flights down by half to and from certain business hubs, according to aviation data company Cirium.

That creates an opening for companies like Airshare, now growing with three new Bombardier Challenger jets this year. Its business traffic has returned to 90% of 2019 levels.

"For you to be able to get in and out of a destination (by commercial) for a meeting on the same day, it is very difficult," said Andy Tretiak, chief marketing officer of Airshare, which offers charter flights among other services.

"They have to cater their schedule around the airlines," Tretiak said in July about his customers who also fly commercial. "But they would rather do the opposite."

U.S. commercial airline flights, while soaring over 2020 levels, were still down 20% compared to 2019, according to the weekly average from July 21-28 from FlightAware. By contrast, private aviation flights were up 23% for the week compared with 2019.

David McCown, president of the Americas for Air Partner PLC, which provides aircraft charters among other services, expects to get some new corporate shuttle contracts "coming online by Q3, certainly by Q4."

He said U.K.-based Air Partner brokered a new shuttle contract in 2020 from an energy company that couldn't find a direct airline flight to Latin America due to cutbacks.

In the United States, 9,399 flights were canceled in June, FlightAware said, due to labor shortages, among other reasons.

"What we’re competing with is the value of your time," Tretiak said.