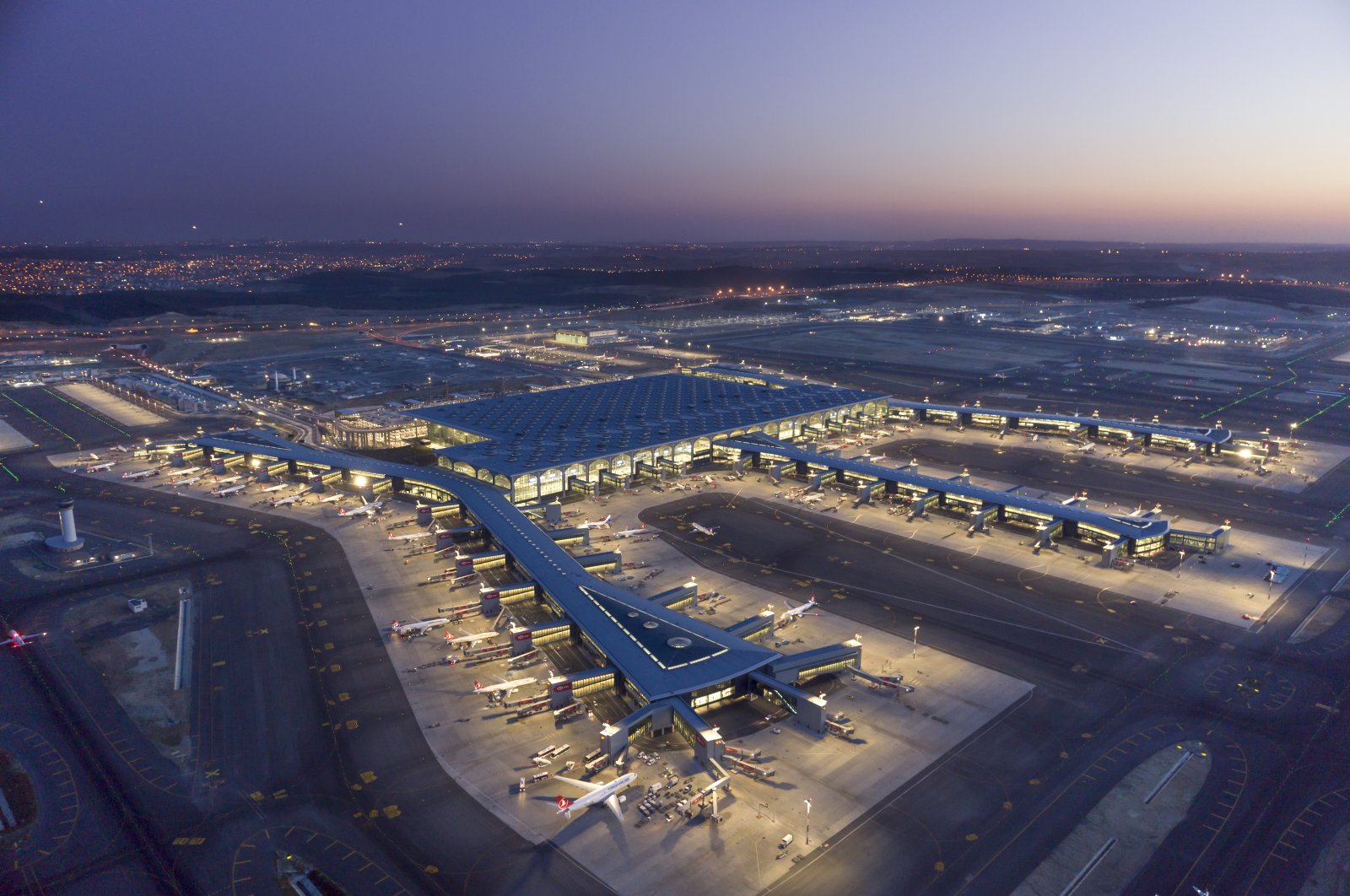 With the potential of becoming the world’s largest airport, Istanbul Airport completed its first year of operations, hosting 74 airlines and more than 65 million passengers

The Istanbul Airport marked its first anniversary of becoming fully operational Monday after taking over the city’s air traffic from now-closed Atatürk Airport and is preparing to open its third parallel runway in two months.

Officially opened in a grand ceremony on Oct. 29, 2018, the anniversary of the Turkish Republic's proclamation in 1923, the airport became fully operational on April 6, 2019. In its first full year, the airport has hosted 74 airlines and welcomed more than 64 million passengers despite the Boeing 737 MAX crisis and the recent COVID-19 outbreak, Kadri Samsunlu, the CEO of the airport operator, IGA, said.

In a statement released to celebrate the anniversary, Samsunlu said the day also marks one of the greatest logistic operations in civil aviation history, the transfer from Atatürk Airport to Istanbul Airport.

Thousands of tons of equipment, from huge aircraft-towing vehicles to extremely sensitive materials, were ferried across the city. Trucks carried equipment a total distance of 400,000 kilometers, an equivalent of going 10 times around the world. Over 1,800 personnel were employed during the operation. Scheduled to last 45 hours, the operation was completed in a record time of 33 hours. It began in the early hours of April 5, 2019, and was completed on April 6, 2019, in the afternoon.

Calling the operation “a great migration,” Samsunlu said IGA has written its name in the history of civil aviation by completing such a comprehensive plan with great managerial success.

The airport – a pinpoint megaproject by the ruling Justice and Development Party (AK Party) – was initially launched over a need for meeting the ever-growing demand from around the world, relieving air traffic with a strong infrastructure and large capacity.

Completed in 42 months, the first phase of the airport was built with a cost of 6 billion euros ($6.72 billion) with a public-private partnership (PPP) model by a consortium of Turkey's leading contractors, Limak, Kolin, Cengiz, Mapa and Kalyon. The consortium will pay 1.1 billion euros annually for 25 years. The project represents a total economic size of 32.4 billion euros, excluding taxes. This figure constitutes an investment cost of 10.2 billion euros and 22.2 billion euros for rental costs to be paid to the government.

Third runway to be operational in June

The airport’s third runway will be put into service on June 18 and will provide significant operational advantages for the airport, Samsunlu said.

The third parallel runway at the airport is being constructed in the area of 76.5 million square meters located on the coast of the Black Sea between Yeniköy and Akpınar regions. Once the runway becomes operational, the Triple Parallel Runway Operation used in just a few airports in the world will be implemented.

“Everything at the airport is being completed in accordance with our schedule and planning,” Samsunlu added.

The new airport can handle 90 million passengers a year in the current phase of development, which, while it is a high figure, is nothing compared to its potential capacity to serve 200 million after the completion of all phases.

Samsunlu said IGA’s passenger goals were also met in the first year and surpassed the International Passenger Income of 233.1 million euros. As a result, the airport made a 22.4 million-euro extra payment to the state.

“Istanbul Airport completed its first year of operations without seeking any financial funds from the state but using its own equity capital only,” the IGA director-general said.

Commenting on the coronavirus pandemic, which has virtually halted international travel, including all operations at the Istanbul Airport, Samsunlu said the aviation industry will quickly recover once the crisis is over.

“It will not take much time to rebuild confidence in air travel and for people to return to their old mode of living,” he added.

Samsunlu said IGA is confident about meeting its targets and recovering from the crisis with more air traffic and passengers using the airport.