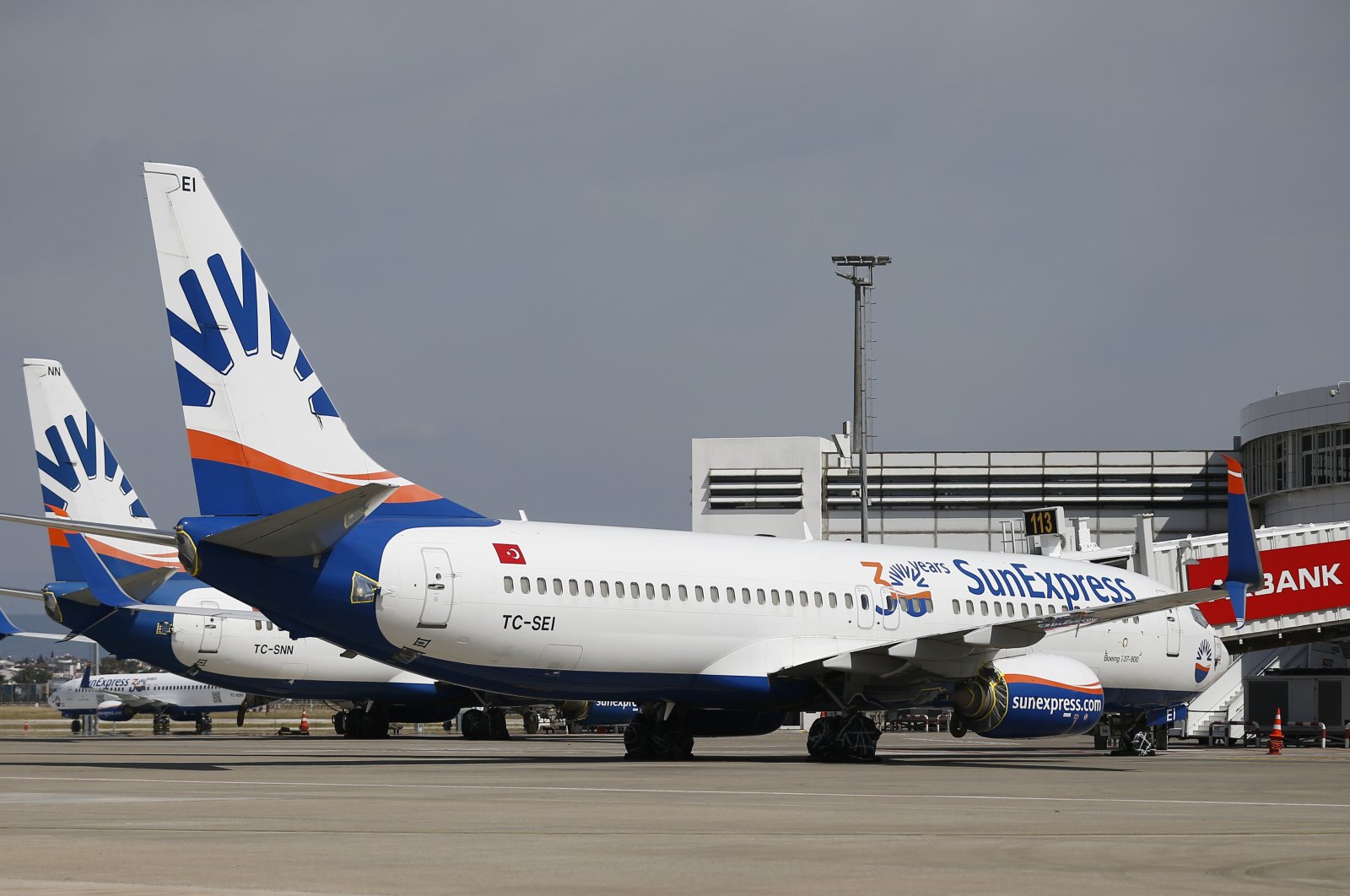 In this file photo, SunExpress planes sit parked at the gate of the Antalya Airport in Antalya, Turkey. (AA Photo)
by DAILY SABAH
Jul 07, 2020 4:05 pm

SunExpress, a joint venture of Turkey’s national flag carrier Turkish Airlines (THY) and German carrier Lufthansa, announced Tuesday the resumption of direct flights from London to several Turkish cities, including the southern coastal city of Antalya and the capital Ankara.

A statement released by the airline said it will start operating a weekly direct scheduled flight to London from Antalya and Gaziantep as of July 10.

The announcement came less than a week after the United Kingdom included Turkey in its “travel corridor,” which is being established among several countries deemed “low-risk." According to the decision, passengers traveling from Turkey to the U.K. will be exempt from the 14-day quarantine requirement as of July 10.

The airline said necessary precautions related to the virus outbreak such as maintaining social distance during check-in and boarding, mandatory face mask, air sterilization with HEPA filters and checking of fever have been taken to ensure passengers' health and safety.